NAB asks Australians to ‘Talk to Yourself More’ in latest campaign via Clemenger BBDO, Melbourne 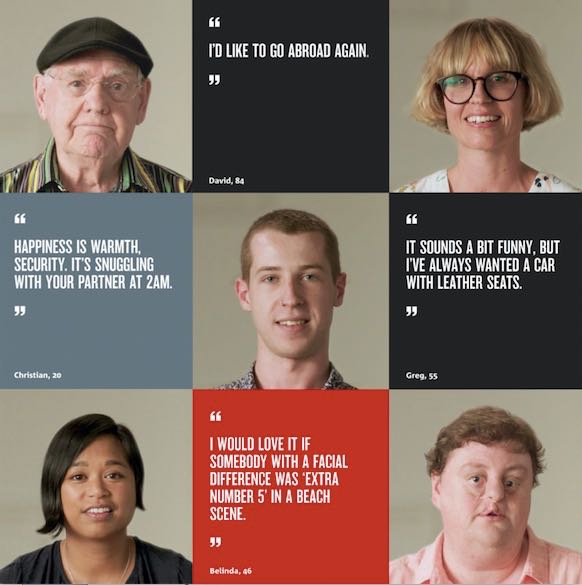 NAB and Clemenger BBDO Melbourne are today asking Australians to Talk to Yourself More, in the brand’s latest evolution of its ‘More than Money’ brand promise, demonstrating how NAB is committed to understanding what’s important to its customers.

The latest campaign aims to encourage people to drive action by exploring what ‘More than Money’ means to them, and ultimately, how NAB can support Australians throughout their journey.

Talk to Yourself More is based on the insight that Australians should talk to themselves more about what they really want in life. As discovered through the campaign film, as we get older, knowing precisely what will make us content and fulfilled becomes less obvious. But it’s a fact that those who talk to themselves about what they really want are more likely to set goals and achieve it.

Building on the launch of its ‘More than Money’ creative, the new campaign continues to feature real Australians including NAB customers and NAB employees, who are followed across their journey of talking to themselves more, showcasing the differing responses on offer when first asked compared to when they’ve truly had a chance to reflect.

Says Knott: “Talk to Yourself More is a fantastic demonstration of our commitment to working with Australians to help identify what their ‘More than Money’ is, and importantly, provide them with the tools and products that can help them achieve their goals.”

NAB general manager of brand experience, Michael Nearhos, was proud to include real people in the campaign film with real stories.

Says Nearhos: “The campaign explains through unscripted voices that whether you are a celebrity, peadatric nurse, a business owner or a NAB employee, you can get to the heart of what it is that you really want from life by ‘talking to yourself more’.”

Says James McGrath, creative chairman, Clemenger BBDO: “We are always humbled and inspired by the honesty and humanity that an idea can create.”

The campaign will be rolled out nationally through TV, digital, social, PR and outdoor media starting on the 11th February 2018.