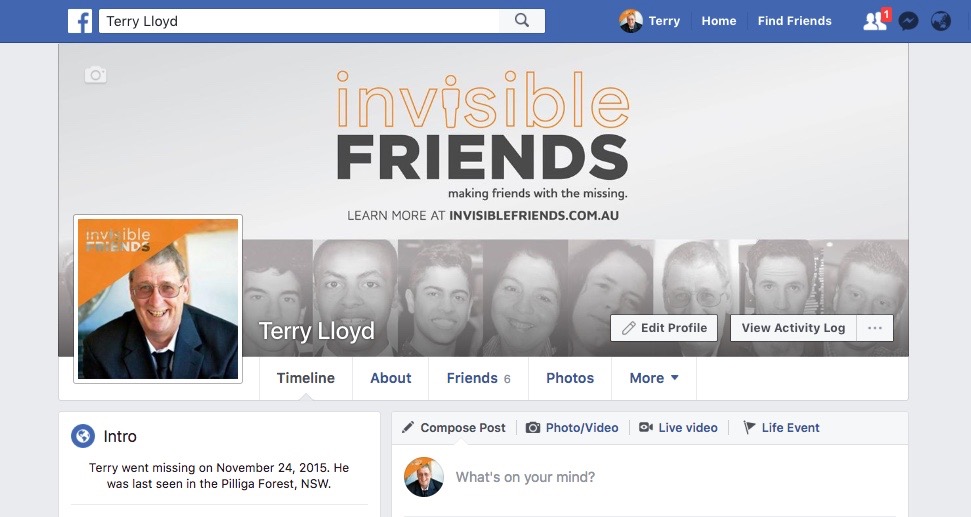 A world-first campaign to harness the power of Facebook’s new facial recognition and auto tagging technology in the search for missing people, has launched today for the Missing Persons Advocacy Network (MPAN). Invisible Friends, the campaign developed by whiteGREY Australia, features a selection of Facebook profiles of missing persons, supported by a push to get as many Facebook users around the world to befriend these profiles.

The initiative searches the backgrounds of each photo and video posted by the friends of each Invisible Friends profile, in the hopes of identifying and locating these missing people. With around 500 million photos and videos posted to Facebook every day, if even one of the faces matches, the Facebook algorithm will then auto tag the profile and notify MPAN of the missing loved one being identified in the image.

Says Loren O’Keeffe, founder and director of MPAN: “Invisible Friends is an ingenious way to put artificial intelligence to work for a good cause, and carry out a task humans simply aren’t capable of. By searching through billions of posts per week, we’re not only raising awareness for the devastated families of these missing people, but also hope to put an end to their ambiguous loss, the most stressful type of grief.”

Says Anthony Moss, executive creative director, whiteGREY Melbourne: “Facebook has changed the way we interact, recently declaring that there’s now only 2.5 degrees of separation between the entire population of the planet. This simple, creative idea has such immense potential because of its immediate, global reach.  It’s been a very rewarding project to be involved in with Loren, and the hope is that we can roll this out around the globe to other missing persons organisations.” 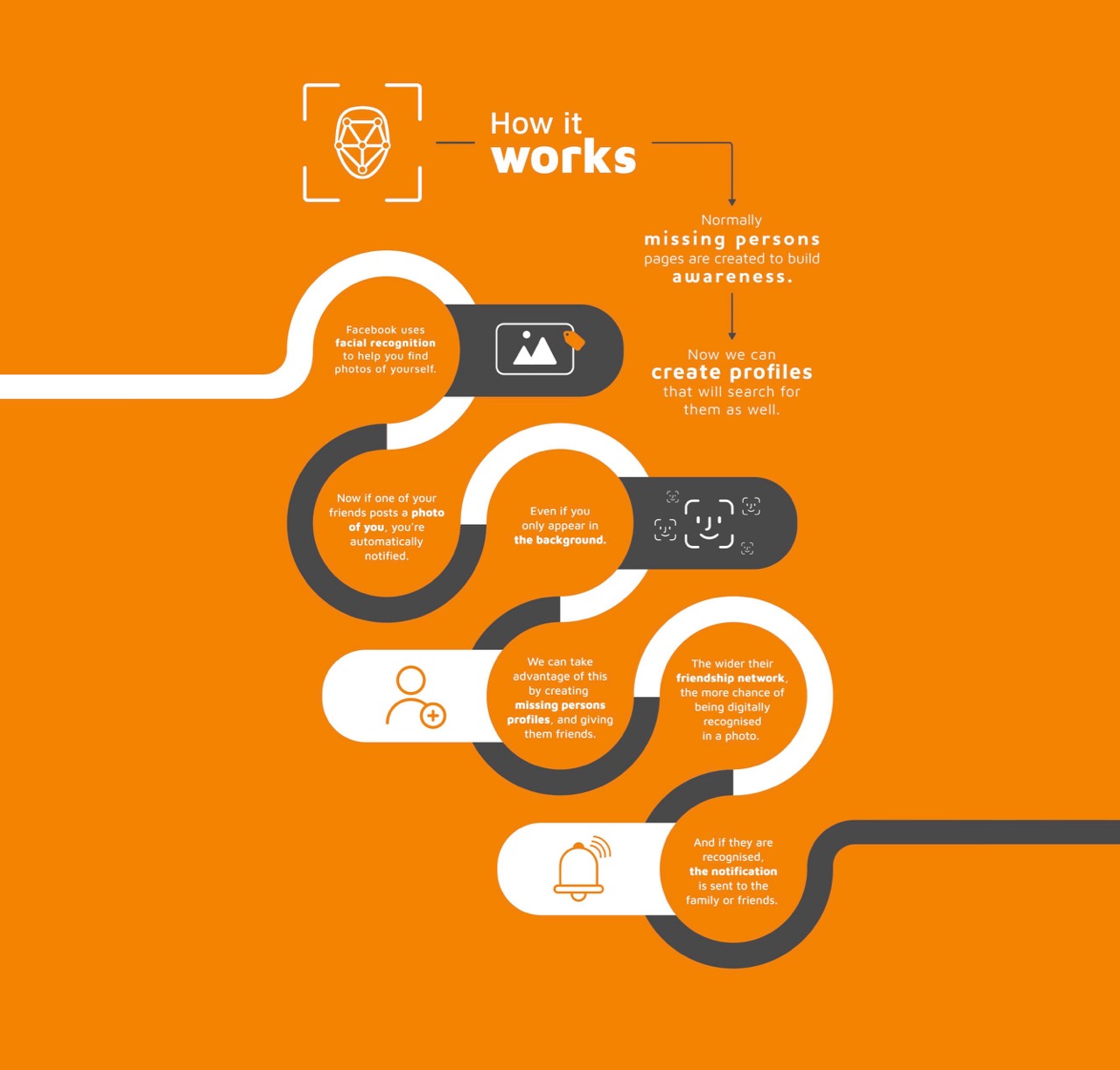