Mi9 report: Australia’s baby boomers enjoying lucrative ‘lifestyle’ stage worth an average $1m per household but being shunned by brands 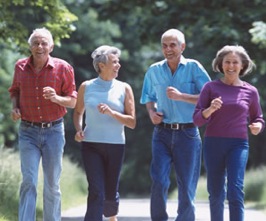 Australians in their 50s and 60s take on new life-stage liberated by increasing spending power, greater freedom and aptitude for technology

It seems our nation’s Baby Boomers are doing away with traditional conventions and embracing their golden years, in what’s been identified as an enriching ‘Lifestyle’ stage for a generation of 50-69 year olds in Australia.

According to a new report published today by leading digital media company Mi9, three quarters (75%) of Baby Boomers surveyed do not see themselves as old, but instead describe this new ‘Lifestyle’ phase between adulthood and retirement as one of the most active of their lives (30%).

Holding approximately 40 per cent(1) of the nation’s wealth and worth an average of over $1 million per household(2) they are one of the fastest growing demographics in Australia – with over 4.7 million Baby Boomers now enjoying a new era of unprecedented financial and personal freedom.

Challenging traditional Baby Boomer stereotypes, the study reveals they are in fact one of the most adaptable of all age groups in Australia. Far from being stuck in their ways, almost three quarters (72%) say they’re open to trying new brands, plus they’re embracing new technology – Baby Boomers spend an average of 21 hours a week online, are active on social media (43%) and often prefer to shop online (25%).

Despite offering a significant opportunity for marketers, Mi9’s research has found Baby Boomers entering this new ‘Lifestyle’ stage are being shunned by brands – a staggering 94 per cent say they dislike the way advertisers communicate with them, creating a huge untapped potential for those who get it right. Estimates by Mi9 show that only 10 per cent of advertising spend by Australian companies goes towards targeting the over 55s.

“Don’t assume Baby Boomers are stuck in their ways – they’re in the prime of their lives, breaking free of the shackles traditionally associated with the over 50s,” said Gabbi Stubbs, Mi9’s Head of Research & Insights.

“These guys matter and should be front of mind,” continued Stubbs. “While some consumers are tightening their belts, this new ‘Lifestyle’ stage provides real opportunity for brands to attract new customers and drive sales through more targeted campaigns based on deep audience insight and intelligent data.”

According to the Mi9 ‘Australian Baby Boomers’ study(3) published today, there are five key characteristics that define the new ‘Lifestyle’ stage being experienced by Australians aged between 50-69 years:

Insight 1 – Wealth and money to burn

While conventional wisdom says young people have the most disposable income, the reality is that Australia’s Baby Boomers hold more than the lion’s share of Australia’s wealth

·        Holding more than 40 per cent of Australia’s net wealth, Baby Boomers’ average household net worth is in excess of $1 million and more than half (52%) already own their home outright

·        An impact in delayed retirement means their earning capacity is higher than ever, with 42 per cent claiming to have disposable income to spend on themselves.

Baby Boomers live for the moment. As their children flee the nest they have developed a love for travel and are more adventurous than any other generation

·        Driven by a desire to make the most out of life, almost three quarters (74%) are trying to live a healthy lifestyle and eat and drink responsibly

A common misconception of Baby Boomers is that they are stuck in their ways, but they are embracing new technologies and the internet and are keen to learn new ways of doing things

·        Almost three quarters (72%) have a positive attitude towards technology, seeing it as great change and 71% believe it plays an important part in their lives

·        Spending 21 hours a week online and viewing over 3,000 internet pages each month(4) they are bigger internet content consumers than any other generation

·        They are patient and curious, 31 per cent have no have fixed time to go online during the day, providing advertisers with a continuous opportunity to engage with them through the day

They value quality journalism and traditional media, but are increasingly consuming online media

·        45 per cent have watched catch-up TV, a third (33%) are multi-screeners who are online while watching TV and 29 per cent say the internet has replaced their need for newspapers and magazines

·        Almost half (45%) have overcome reluctance towards shopping online, while 64 per cent agree its convenience and the option of home delivery will be will be increasingly useful as they get older

·        Only 6 per cent like the way advertisers talk to them but 72 per cent are open to trying new brands. Marketers need to demonstrate they understand Baby Boomers to tap into this lucrative revenue opportunity

“To target Baby Boomers more effectivel
y brands need to take notice of the huge number of Aussies enjoying this new ‘Lifestyle’ stage. Our research can help brands to better understand not only their digital and lifestyle behaviour, but their attitudes and mindsets as well,” added Gabbi Stubbs.

(3)   508 Australian Baby Boomers (aged 50 – 69) were surveyed by independent research company Hoop Research. Qualitative and quantitative data was used in the study; including an online survey of 508 participants and an online forum of 70 participants which took place over five days September 2012 and involved 15 topics, participant’s comments and responses to images. Consumer vox pop interviews lasting 10 minutes each were also conducted in multiple locations.