The new TVC and creative has been developed by The General Store, which was appointed in December. The new creative will be supported with a media buy spanning digital, radio, print and out of home. The broader MG HS marketing programme includes retail activation, integration with MG’s sponsorships including the NBL as well as earned and owned media activity.

The TVC highlights the vehicle’s elevated styling and advanced safety features with the inclusion of the MG Pilot driver assistance suite as standard, at an attainable price point.

Says Danny Lenartic, marketing and product director, MG Motor Australia: “We faced a number of marketing challenges from the very start as the MG HS represents a new standard in performance, style and safety tech for MG. Capturing a snapshot of the vast array of features and benefits in just 30 seconds was our biggest.”

Says Maddie Livesey, partner and creative at The General Store: “The MG HS is set to be the flagship product for MG in Australia. We created a slightly surreal urban environment filled with generic white SUVs as the backdrop to showcase the HS’ stand out features.”

Retailing from $30,990 driveaway, the MG HS enters the market in two variants – the Vibe and Excite – both are designed to be purposeful, sporty and perfectly at home on Australian roads. The MG HS is backed with a compelling 7-year unlimited kilometre warranty and 7-year roadside assistance package, with servicing available nationally via MG’s dealer network. 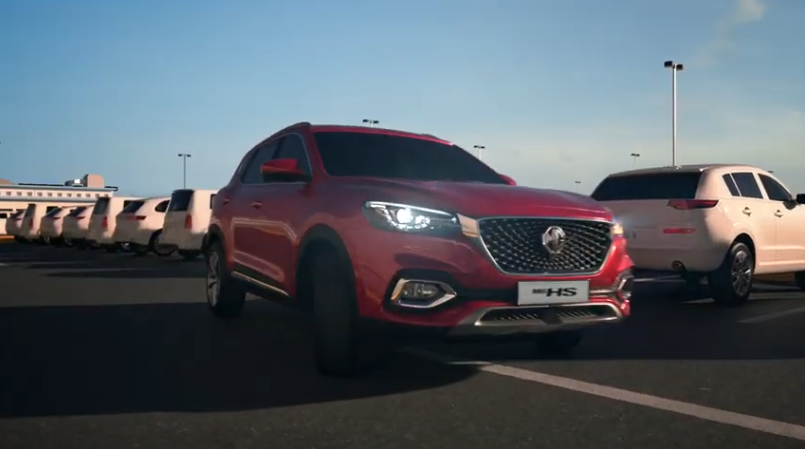