The Melbourne Writers Festival, Australia’s boldest literary festival, has partnered with TBWA\Melbourne to develop a collection of AI artwork, created by inputting humanity’s most imaginative writing, word for word, into AI.

The art project arrives following the launch of AI Mid Journey, an AI bot that turns written prompts into artwork. The technology has initiated an intense worldwide debate on what AI-generated imagery means for the future of art.

To explore the possibilities of AI generated art in the creative industries, Melbourne Writers Festival and TBWA\Melbourne’s new project looks past the images themselves and shines a spotlight on the creativity of the words needed to make them. Without these written prompts, AI art wouldn’t exist.

To create the unique art pieces, passages from classic works of literature from literary icons Mary Shelley, Herman Melville, H.G. Wells, Bram Stoker and George Orwell were inserted verbatim into the AI Mid Journey. Each breathtaking visual stands as a timely reminder of the enduring power of the written word.

Says Casselly Main, Marketing & Communications Manager, Melbourne Writers Festival: “This year’s festival is all about ambition and this campaign is the perfect encapsulation. We’re ecstatic about the response the images had at the festival. Even though most of these books were written over a hundred years ago, their words continue to inspire today.”

Says a spokesperson for TBWA Melbourne: “Like most of the industry, when we first saw Mid Journey, we experienced a momentary existential crisis. ‘What does this mean for creativity? Is it now out of human hands?’ The short answer is no, far from it.

“AI, like Mid Journey, is an incredible creative tool. Even in the past weeks, we’ve seen huge leaps in visualisation, composition and lighting. But our partnership with the Melbourne Writers Festival shows the strength of beautiful writing — past, present and future.”

The campaign launched in conjunction with the Melbourne Writers Festival appearing in OOH and digital. In addition, illustrated ebooks of the classic novels, featuring further AI interpretations, are planned for release in the coming months. 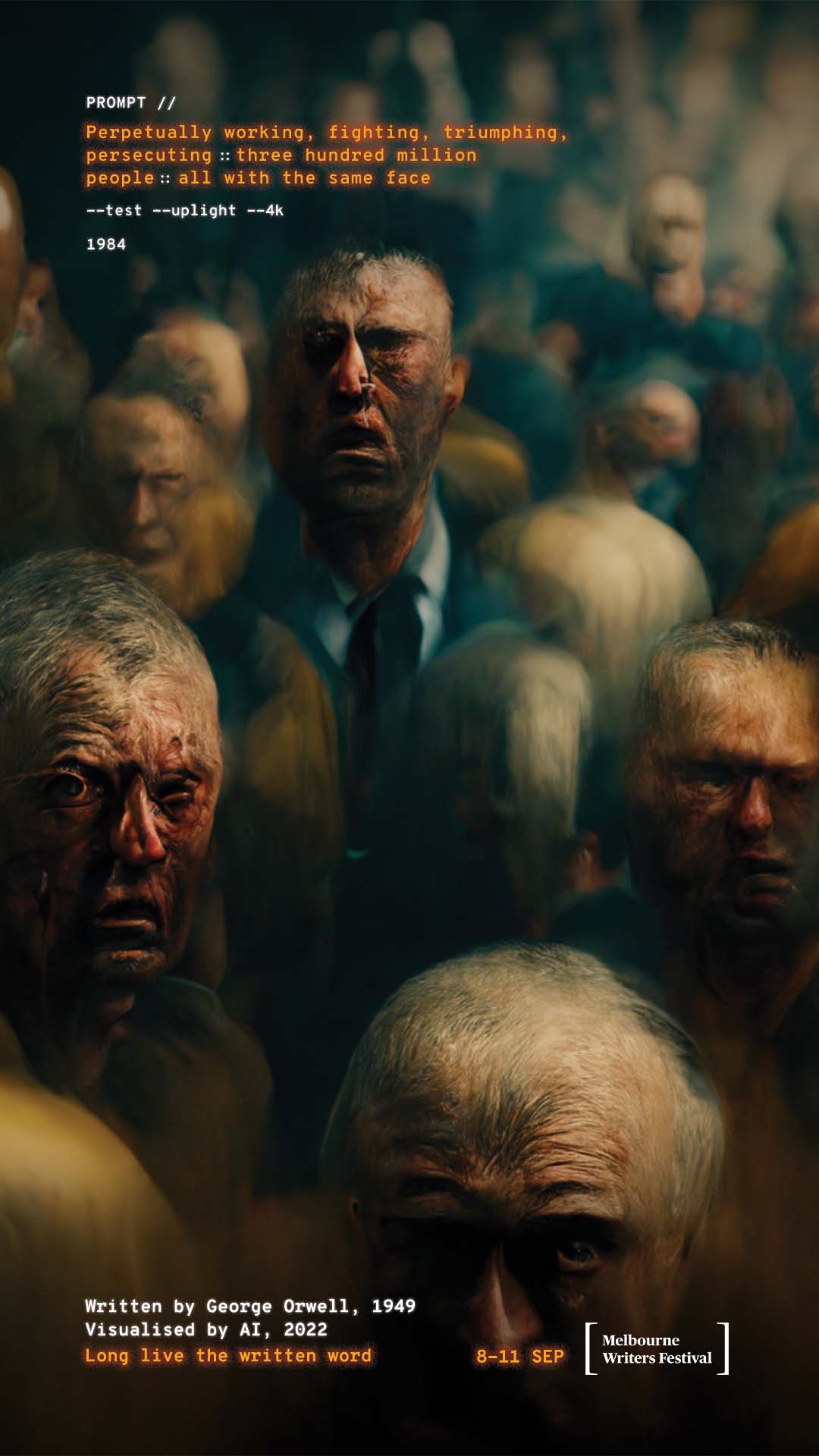 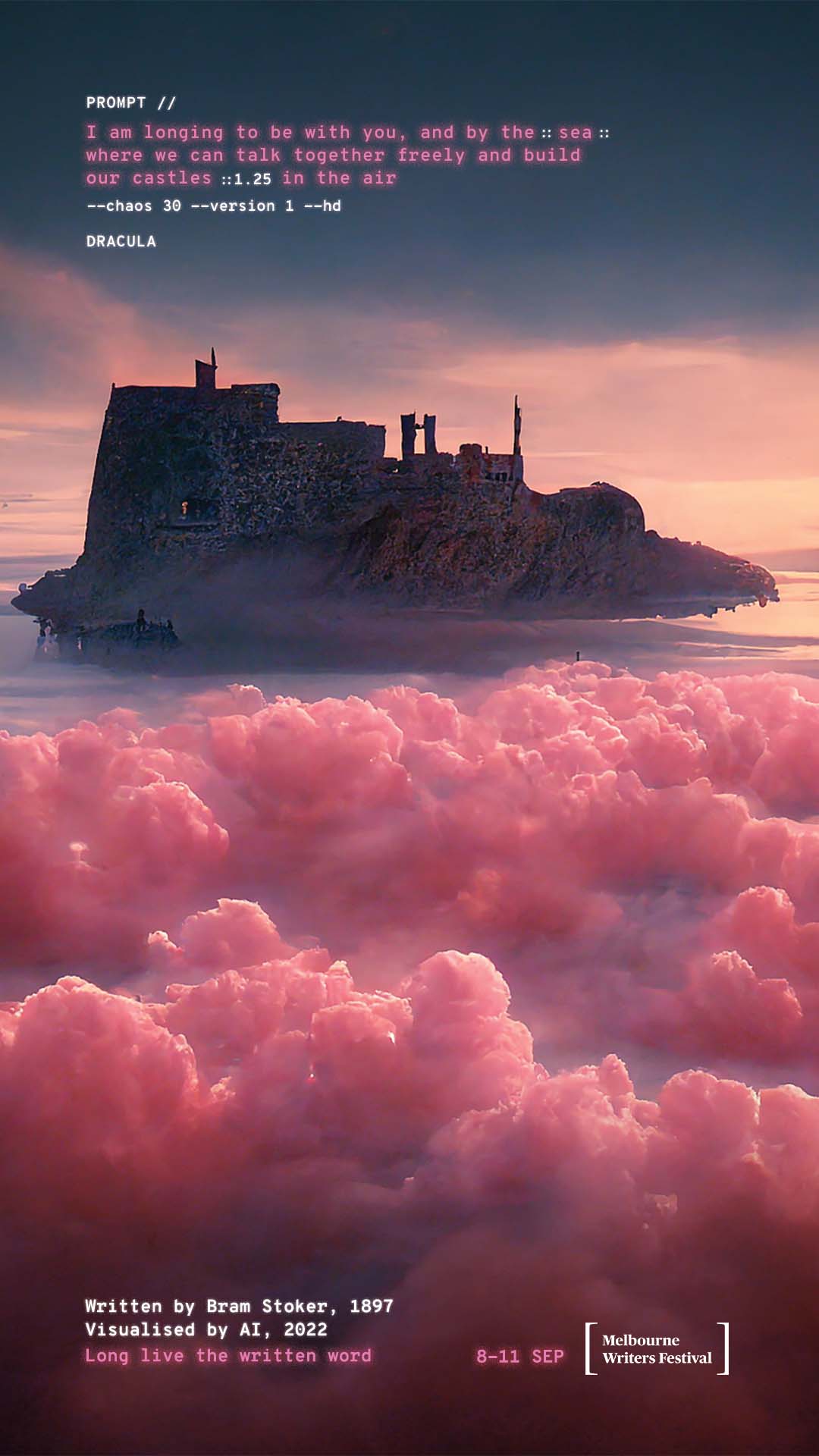 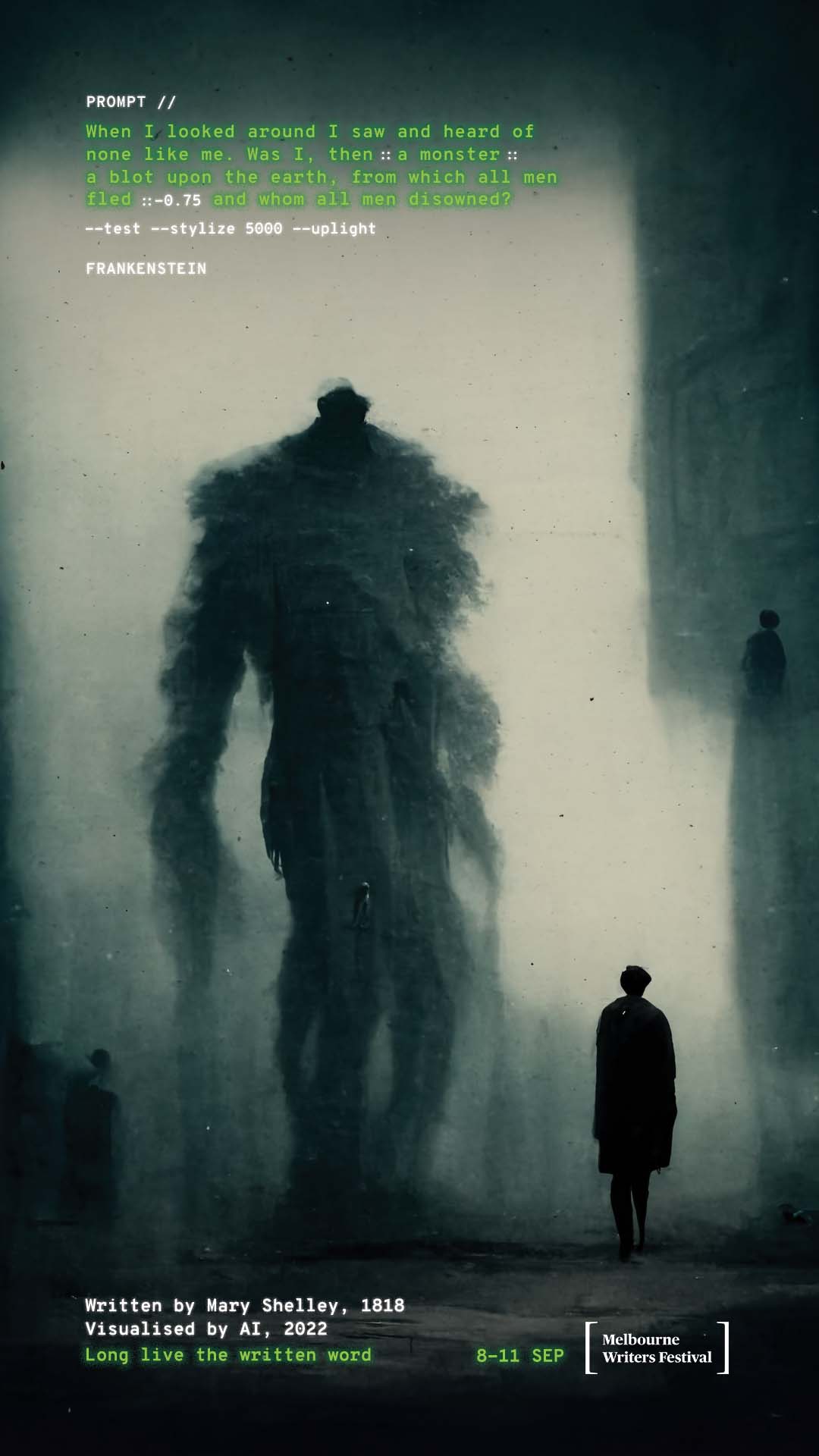 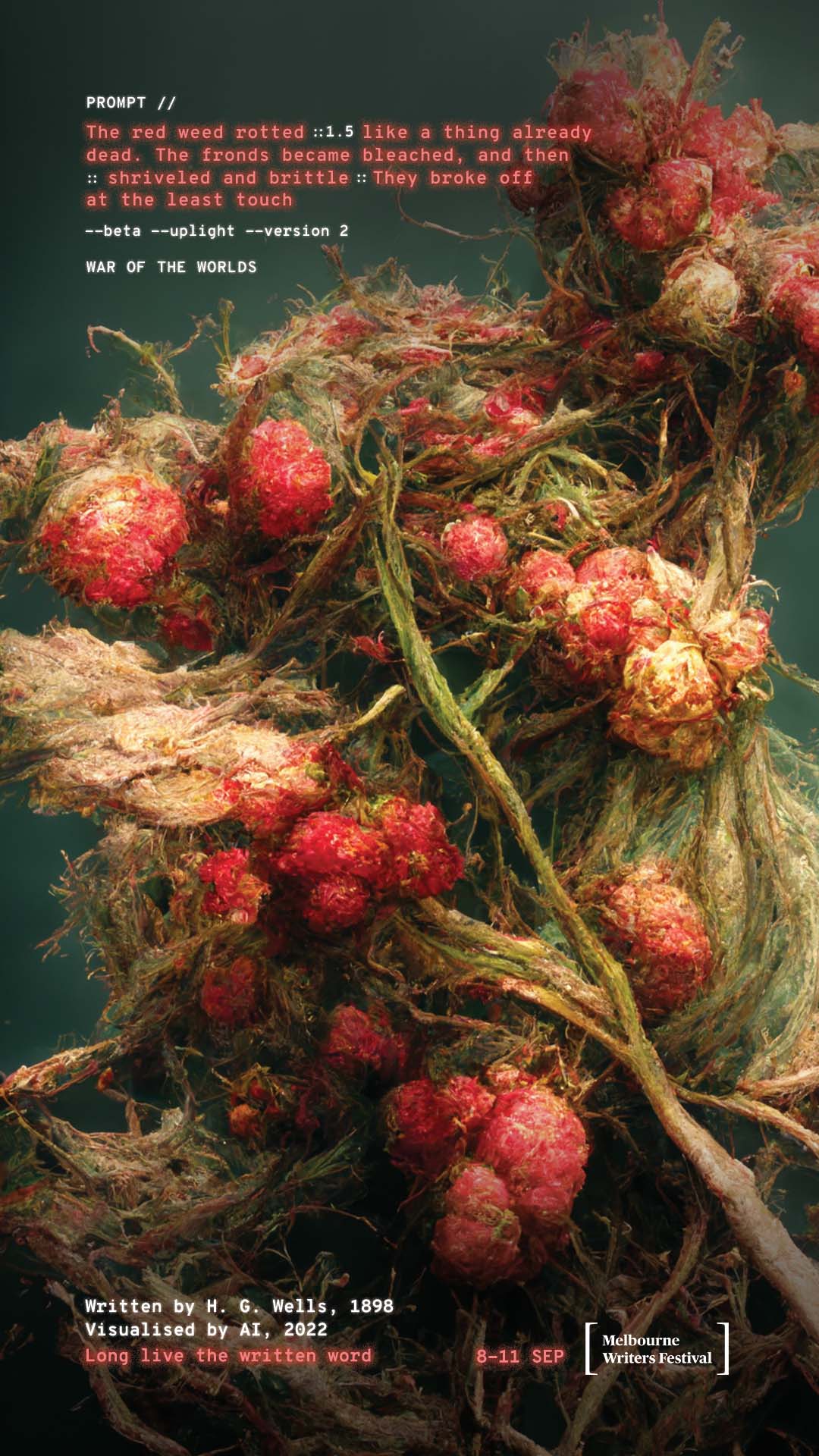