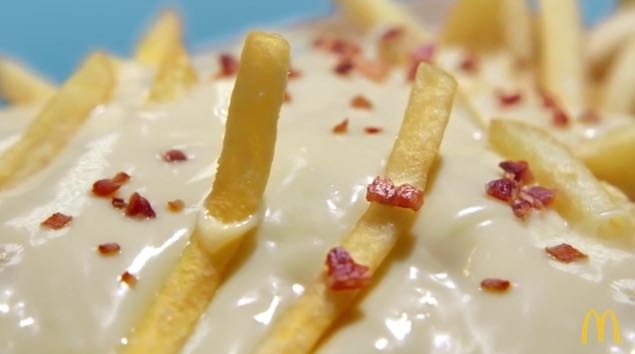 McDonald’s Australia, has this week launched Bring Fries to Life, a campaign created by VML Australia, which utilises a variety of film mediums to announce the arrival of another world first from Macca’s – Loaded Fries.

The Loaded Fries product lets Aussies top their Fries with either guacomole and salsa or bacon and cheese sauce, bringing Macca’s iconic French Fries to life with new personalities.  Over the month of December, these personalities will be celebrated nationwide through #FryFlix, which includes a fresh style of TVC for McDonald’s, a crowd-directed short film, and a digital content hub.

Says Bronwyn Powell, senior marketing director, McDonald’s Australia: “Loaded Fries are like nothing Macca’s has ever served before. They’re a big change for us and bring two new personalities to our French Fries – I wanted our campaign to reflect this and be something people would really take notice of.

“I challenged my team and our agency partners to push the boundaries and give us a campaign that transcends both traditional and new channels. They’ve certainly delivered with the range of FryFlix films, and I’m excited to see how Aussies respond to it.”

To extend #FryFlix into the social world, VML Australia will be creating Summer’s tastiest blockbuster, LOADED. The activity will see the brand’s millions of Facebook fans put into the director’s chair to help define how Detective Fry solves a Fry Town crime over a five episode series. The final short film will premiere on Facebook on 26 December.

The best LOADED scene suggestions will be brought to life in the movie and everyone who participates will be added to the film’s credit roll, with the fans behind the final scenes celebrated as directors of the next episode.

Says Aden Hepburn, managing director and executive creative director, VML Australia: “We’ve had a lot of fun working with McDonald’s on ‘Loaded’ and are thrilled to have been able to produce a social component which truly engages McDonald’s fans. I’m looking forward to seeing where Australians send Detective Fry on his investigation.”