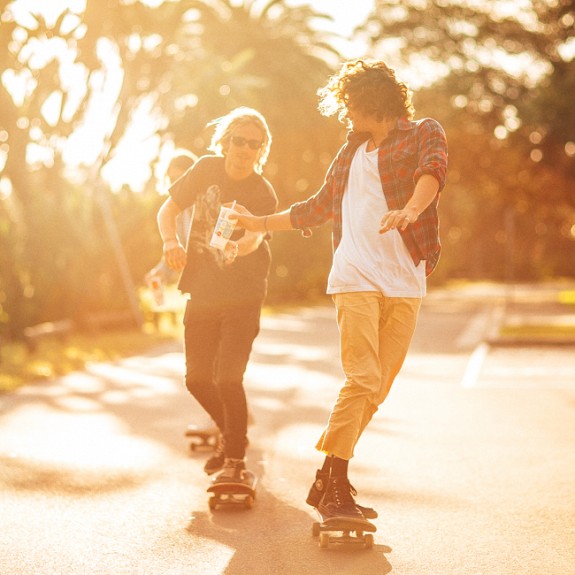 McDonald’s has launched Signs of Summer, a series of 8 photos that show tantalising imagery, celebrating summer.

Infinity Squared created the images for McDonald’s as a launch partner with Instagram’s sponsored ad roll out in Australia.

Infinity Squared’s social content offering has earned itself a sparkling commendation from Sheryl Sandberg, the chief operations officer of Facebook global, who spoke directly about the success of McDonald’s Australia launch into sponsored content for Instagram.

The series of 8 images, entitled “Signs of Summer” was acknowledged by Sandberg in a recent interview on CNBC as being a success due to the authentic nature of the images.

Says Sandberg: “W​e had a really interesting case study recently with McDonald’s in Australia this summer. It did an Instagram ad campaign it called “Signs of Summer,” and what is interesting about it is that they were just pictures, and they had little to no branding or product, but they just included the kind of iconic McDonald’s red and yellow colors, and that showed a 46 percent lift in ad recall and a four­point lift in brand favorability… And that is pretty interesting because it shows how these new formats like Instagram give us new and creative ways to build brands in ways that haven’t been done before. But even that really subtle branding can really work, and I think people are excited to take advantage of that opportunity.”

Says Dave Jansen, founder / EP, Infinity Squared: “It’s a fantastic signal to us that launching a social content offering delivers for brands.” but admits it is something they’ve been doing for some time “F​or years we’ve been challenged to deliver higher volumes of assets for projects and campaigns… we’d always look for cool ways to continue a story in social channels.

“I​t’s a natural evolution for a business that has production in its roots. These new streams of work give our directors and creative partners the opportunity to create and earn in other ways, which is becoming increasingly relevant given the nature of shrinking production budgets.​”

The full interview with Sheryl Sandberg can be found h​ere.

McDonald’s were one of the first brands, to partner with Instagram Australia, as they roll out its sponsored platform for Instagram.