McDonald’s has kicked off summer with a fun new campaign via sports and entertainment agency Gemba.

The films open with the two players leaping into a classic Kombi, ready to roll on a summer road trip together. Banter and good-natured sledging ensue as the pair argue the ‘rules’ of any Aussie road trip – from the infallibility of ‘calling shotgun’, to who controls the stereo, to splitting the petrol costs. Yet where Trac and Baz both wholeheartedly concur is that a Macca’s stop is an absolute must.

Says John Weir, creative director at Gemba: “Macca’s were after an idea that leveraged their partnership with AFL and planted a flag in Australian summer culture. Of all the summer rituals that Aussies take part in, hitting the highway for a holiday is right up there. Research told us Aussies were almost unanimous in agreeing that every road trip requires at least one Macca’s stop along the way.”

Melissa Rogers, McDonald’s VIC state marketing manager, agrees: “A big part of our brief was to show how Macca’s brings friends together over summer, and these spots do a wonderful job at that. The rapport captured between Christian and Bailey is real, and we love how the campaign encourages people to weigh in on the conversation – what ‘road trip rules’ do YOU think are the most important? We anticipate some lively debate.”

The ‘Macca’s Road Trip Rules’ campaign features four 15-second spots and a hero film, supported by OOH, retail and digital. It features a call-to-action for the audience to submit their own ‘road trip rules’ in exchange for in-restaurant rewards and offers, as well as the chance to win $1000 towards their own summer adventures. 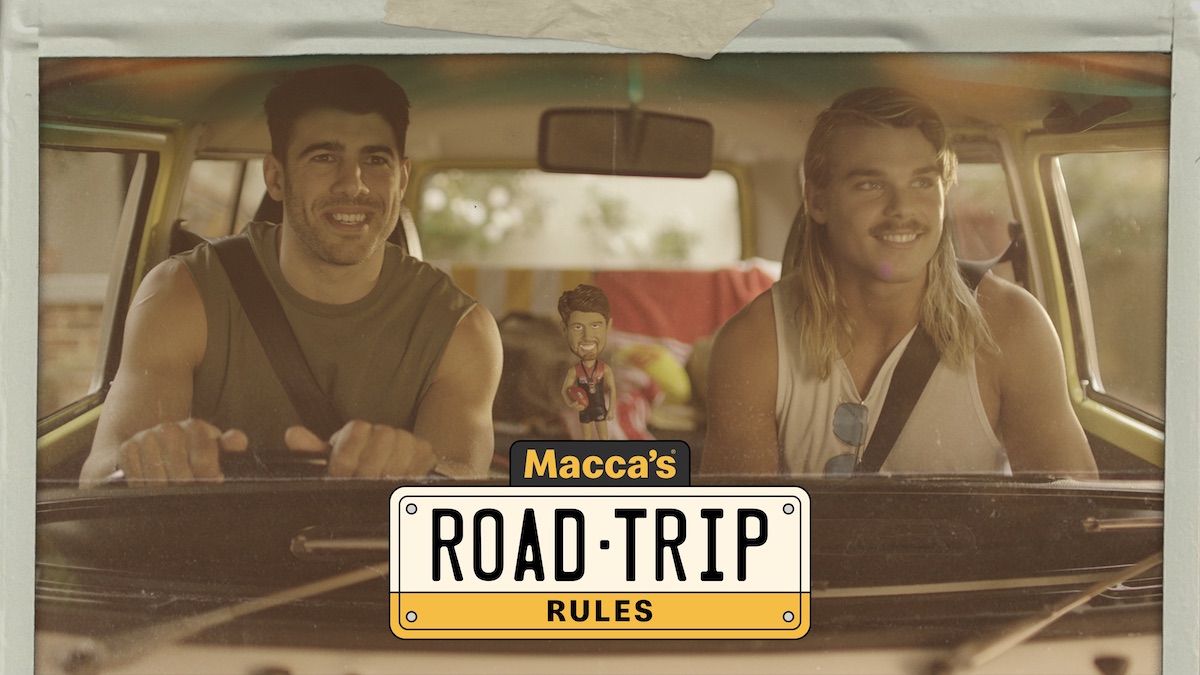