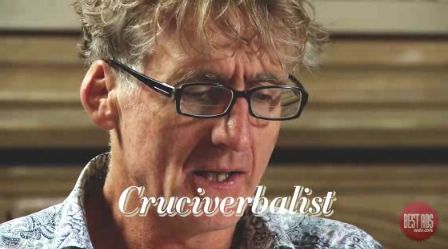 The word ‘Phubbing’, coined to describe the uniquely 21st century phenomenon of ignoring the person in front of you in favour of your phone, has reached more than 300 million people and sparked global discussion around mobile phone etiquette.

The short film, entitled A Word is Born, is the culmination of a journey that began at 4.22pm on 22 May 2012 at the University of Sydney, when a team of language experts first coined the word ‘phubbing’.

The release of ‘A Word is Born’ celebrates the launch of the Sixth Edition of the Macquarie Dictionary, Australia’s national dictionary. The film, housed on a YouTube channel, takes the audience through the journey of the word from the moment of inception to adoption and is the first time this process has been deliberately filmed and documented.

Says Susan Butler, publisher and editor, Macquarie Dictionary: “Over the years people have often asked me ‘How does a word get into the dictionary?’ I explain that the word has to have some kind of acceptance in the community, an acceptance that seems to come immediately to some new words but is forever denied to others. The rise of phubbing as an original coinage has been a wonderful illustration of the process by which my word becomes your word becomes our word until finally it is a word that belongs to us all.”

Says John Mescall said: ” ‘A Word is Born’ is a love story about words, and how incredible they are. We live in a highly visual age, but I believe words still hold enormous power. Through this campaign, we want people to fall back in love with words, and the very idea of owning a dictionary. To our knowledge, this is the first time the birth of a word has been captured on film, and then tracked as it spreads throughout the world. We suspected this was a word the world needed and it’s been so gratifying to see the difference a single word has been able to make. Misuse of smartphones in social situations has been a problem for a while now, but it wasn’t until the world had a word to describe that behavior, that people really starting talking about the issue. Our aim is twofold: help the world address a growing social problem, and at the same time, help the guys at the Macquarie Dictionary sell copies and subscriptions. Hopefully, it’s good for the dictionary and good for everyone.”

The campaign kicked off on 29 August 2012 when the website www.stopphubbing.com launched, introducing the message that ‘phubbing’ is a social scourge and people of all ages, all nationalities and either sex, offend at some point.

The website and accompanying Facebook page were presented as the brainchild of 23-year-old Alex Haigh – an account executive at McCann – with McCann’s role being that of concept/asset developer. An important milestone in the campaign came in July when Alex spotted an article on smartphone etiquette published by The Herald Sun and contacted journalist Elissa Doherty with details of the ‘Stop Phubbing’ campaign, prompting the first of a spate of global articles on ‘phubbing’.

Quickly spreading around the world and attracting the attention of over 300 million people, the campaign has prompted global conversations on the subject mobile phone etiquette, by identifying a truth – many of us are frustrated by the behaviour (caused by the proliferation of smartphones), but without a term, it has gone unchecked.

A Word is Born, the Film