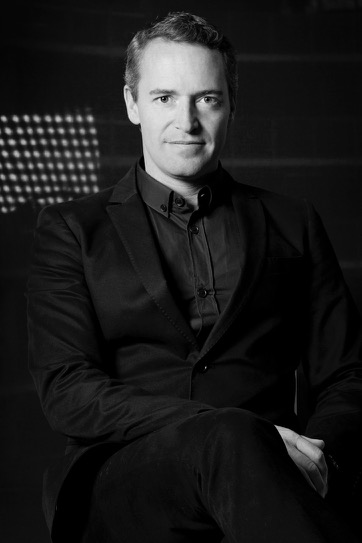 McCann Worldgroup Australia has today confirmed that chairman and CEO, Ben Lilley, will be stepping down at the end of March after 18 years in his leadership role. Lilley is moving with his family to France in April, for a well-earned career break. The search for his replacement commenced several months ago and is expected to be announced shortly.

Lilley joined McCann Australia as chairman and CEO McCann after the sale of his agency, SMART, in 2011. Charged with reinventing the agency’s integrated creative offering, McCann Australia has since achieved record growth and been named Agency of the Year at D&AD, London International, Spikes Asia, Campaign Asia, Campaign Brief and AWARD. Lilley also served as McCann Worldgroup creative leadership chair, Asia Pacific, responsible for driving McCann’s creative excellence across the APAC region in 2016 and 2017.

Under Lilley’s leadership, in 2013 McCann Australia made history as the world’s most awarded agency in the the Gunn Report, Won Report and AdAgeAwards Report, for campaigns including Dumb Ways to Die (DWTD). Named the most awarded campaign in history, DWTD featured in both the AdAge Top 15 Ad Campaigns and Gunn Report 20 Best Commercials of the 21st Century.

Since Lilley assumed the CEO role, McCann has invested significantly in its integrated offering, introducing full-service media in-house in 2015 and merging its strategic, media and digital and creative capabilities under a single agency offering. The move has paid off, with major new business wins and integrated campaign launches for high-profile clients including L’Oreal, AGL, tigerair, Microsoft, Bakers Delight, Worksafe and the University of Melbourne.

Says Harris Diamond, chairman and CEO of McCann Worldgroup: “From our first entry into Australia six decades ago, this country has been, and will continue as, one of the cornerstones of our global network. Since becoming part of McCann, Ben and his team have helped raise our Australian creative and integrated marketing offering to world-class recognition. As he moves into the next phase in his life, we thank him for his contributions and wish him great personal success.”

Says Charles Cadell, president, McCann Worldgroup APAC: “Ben has led one of McCann’s most successful offerings for years, responsible for delivering outstanding work and building a truly dynamic and exciting business. In his capacity as our APAC CLC Chair, he effected remarkable results, with 2017 being the best ever year for our regional award wins – both on the creative and the effectiveness front. One of those rare hybrid leaders – a true mix of creative and CEO – he’ll be very much missed by the network and we wish him all the best.”

Says Lilley: “Having run SMART for 12 years and now McCann for 6 years, I’m ready for a proper break. I’m grateful to the many awesome people I’ve worked with in this time who’ve made our businesses such great successes. I’m also grateful for the many equally awesome opportunities I’ve been able to enjoy with McCann, especially in my APAC creative role. I’m pleased to be able to hand over to our incoming CEO an agency that’s in such great shape, with a talented management team across our 4 Australian offices. McCann’s momentum here and across the globe is clear to see and I know our business will continue to go from strength to strength. I can’t wait to see what the future holds.”