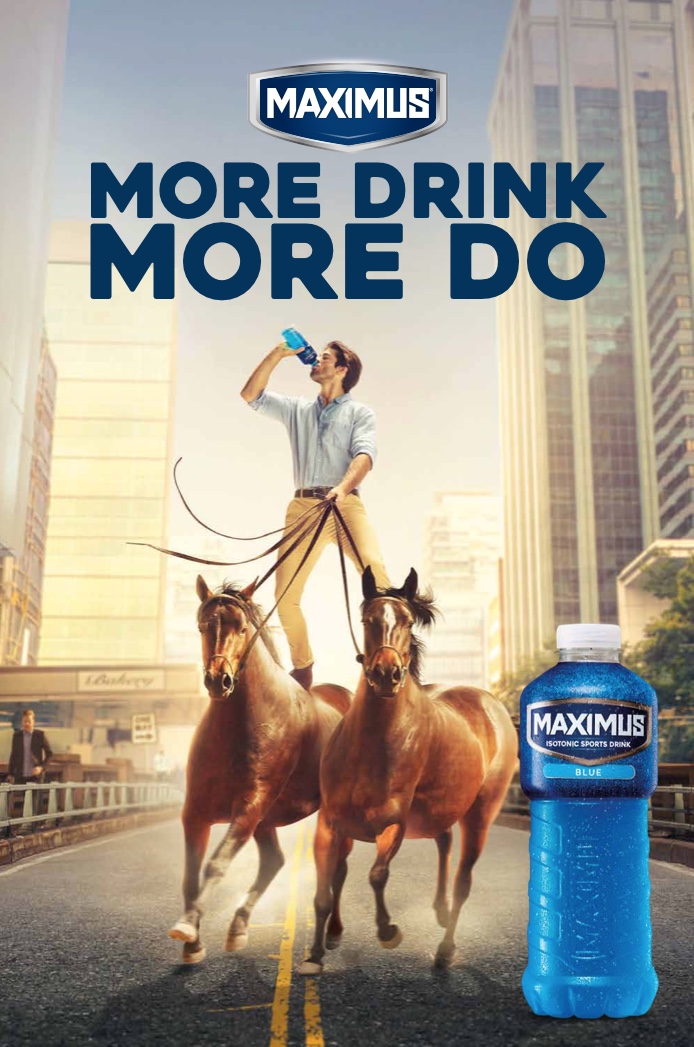 Maximus is kicking off 2021 with a campaign via Clemenger BBDO Sydney, to motivate Aussies to do what they need to do…so they can do more.

The campaign More Drink, More Do, which has launched across video and OOH, centres on the insanity modern life throws at Aussies each day – and the extra hydration they can get from drinking Maximus to work, play and everything in-between.

“Aussies aren’t happy to simply rest on their laurels or do a half job – they often need that extra hydration to push through and do more.”

The Maximus campaign was developed with the creative team at Clemenger BBDO. It centres on consumers and showcases how Maximus fits into their world.

Says Willenberg: “Leaping off from the great work we did on Maximus Game On, this has been an awesome opportunity to create the new brand platform for Maximus. It’s been great to launch something that will guide their comms, NPD and partnerships for years to come.”

To encourage Aussies to get the extra hydration they need so they can do more, Maximus is also running a cash draw as part of their off-pack promo – More Drink, More Cash. To find out more go www.winwithmaximus.com.au