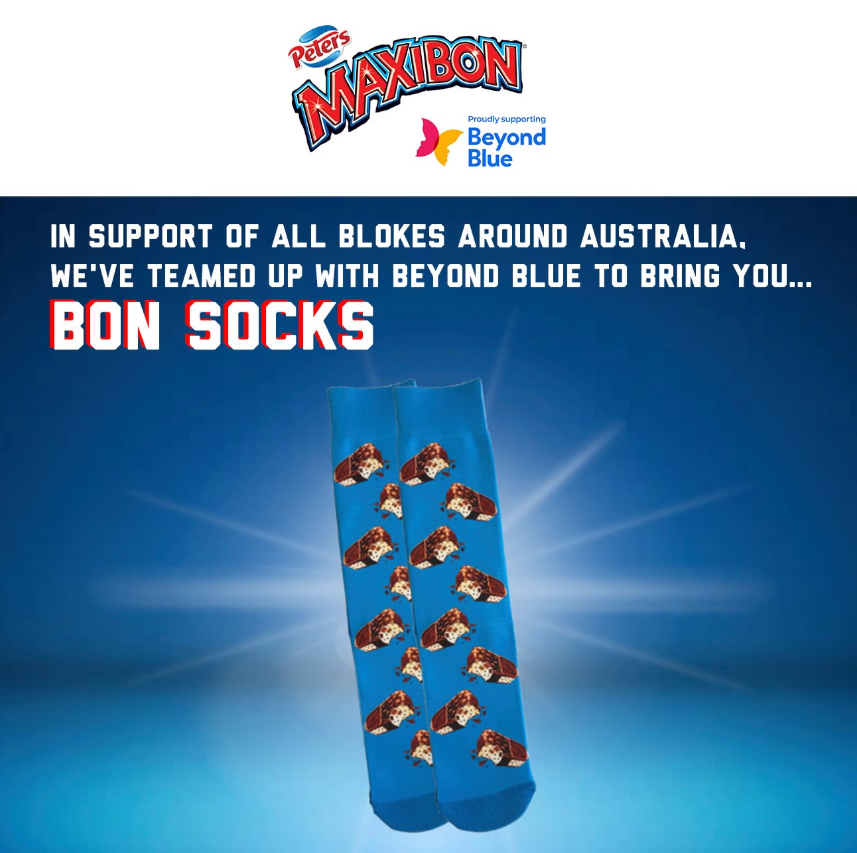 All proceeds of the Bon Socks went to Beyond Blue to help improve the lives of people in Australia experiencing anxiety or depression. Pushed through social channels, the Bon Socks and Beanies were so successful that Maxibon has decided to continue its support by selling Bon Beanies – with all proceeds again supporting mental health.

Says Collins: “It has been a pleasure to see the Maxibon community come together and support a charity doing incredible work for people in Australia. On average, 1 in 8 men will experience depression, and 1 in 5 men will experience anxiety at some stage of their lives. Blokes make up an average 6 out of every 8 suicides every single day in Australia. That’s nearly 2,200 men who are losing their lives each year. We’d like to hope that our donation and ongoing support will help reduce these numbers and educate people that there are options for help out there.”

Says Tom Heddon, digital director, Spark Foundry: “Maxibon have a passionate, tight-knit community of male fans who wanted to support each other, and shine a light on men’s mental health, which is emerging as one of Australian society’s biggest issues. We produced a socially-led CSR campaign with the support of the Beyond Blue team and were thrilled to present them a cheque for $20,000 with further donations to come.” 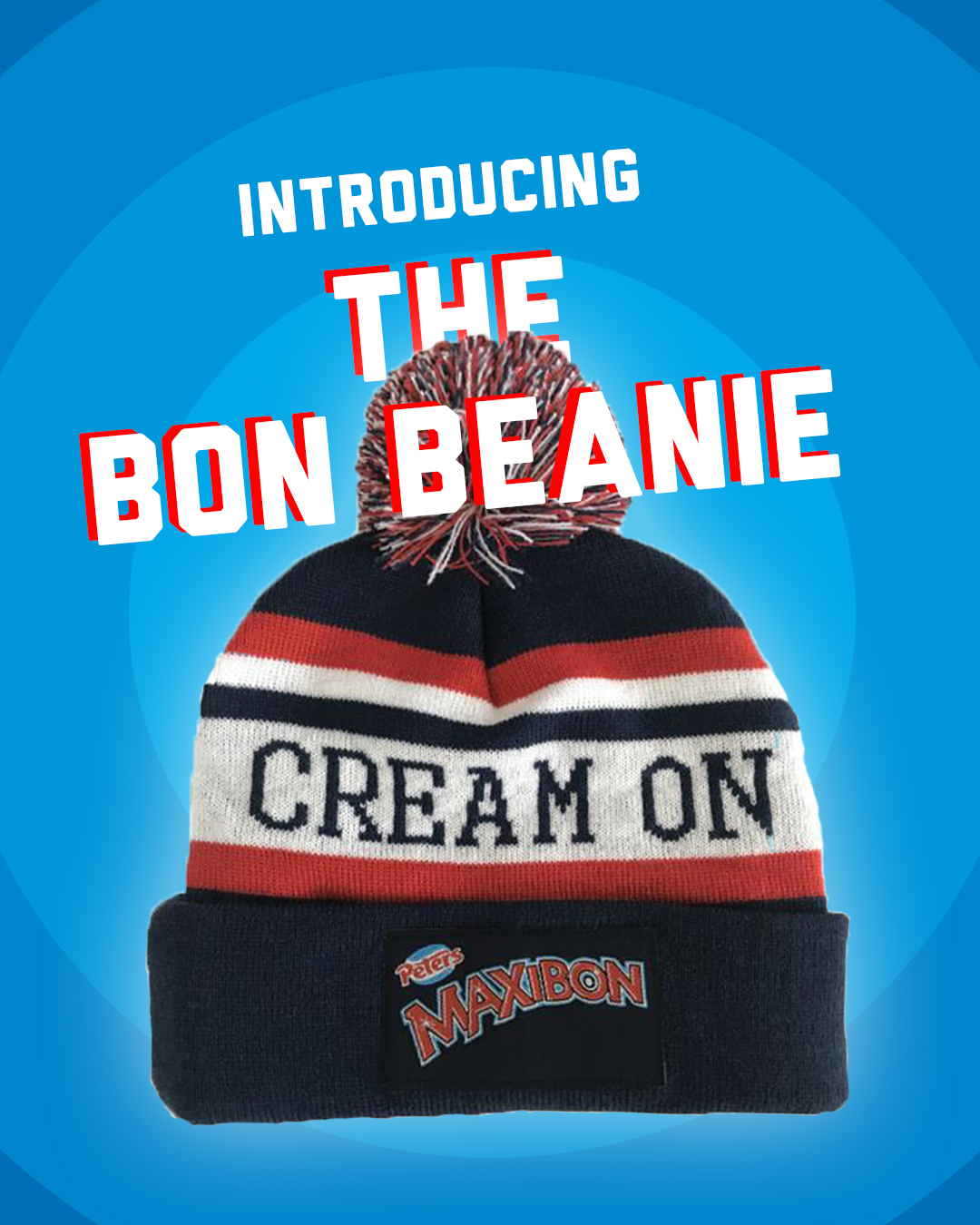 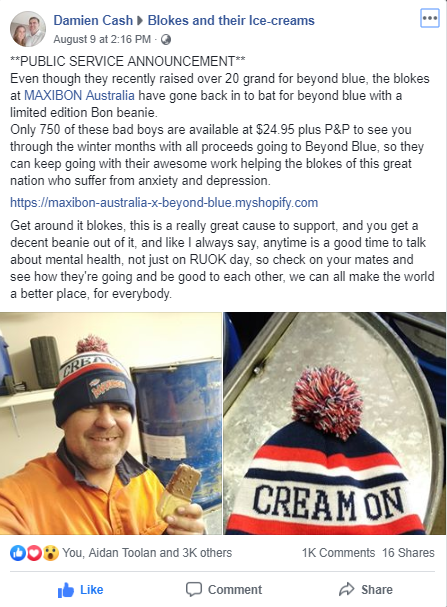 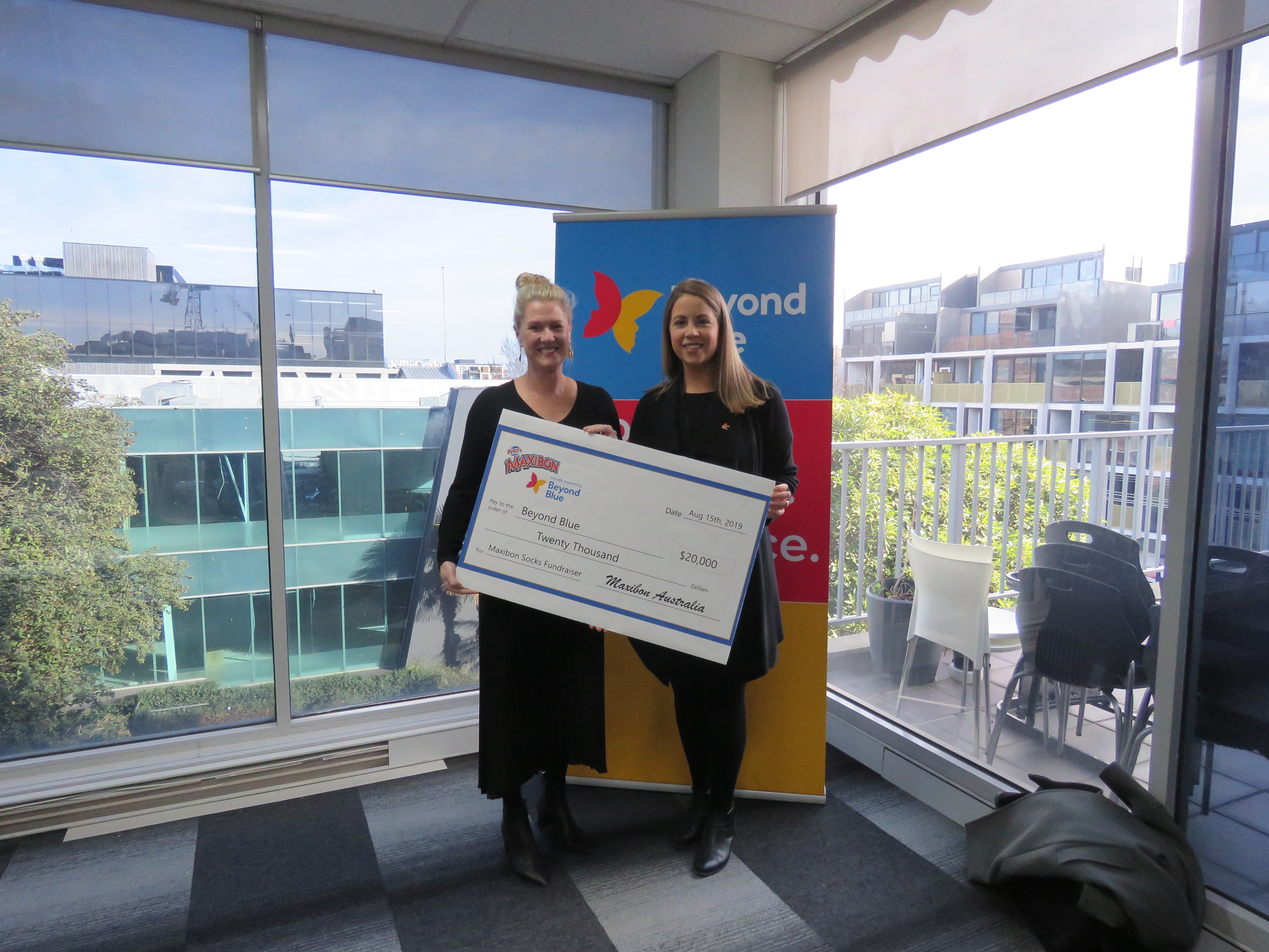