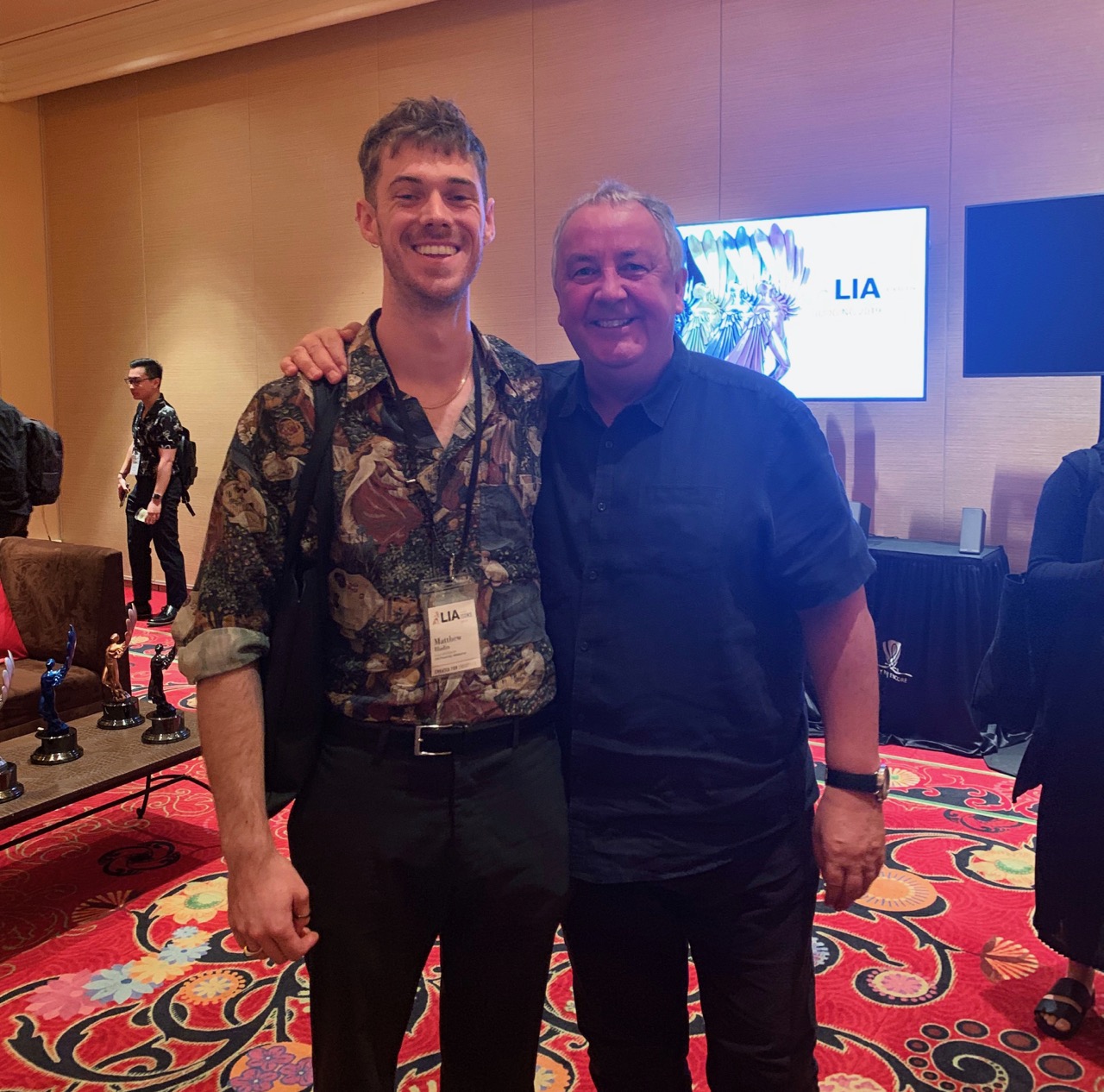 CHE Proximity Melbourne Art Director Matt Bladin (above with Mark Tutssel) is representing Australia at the 2019 LIA Creative LIAisons program in Las Vegas. The program features some of the world’s most respected creative directors as speakers. Here Bladin wraps up his experience at LIA exclusively for CB.

Sometimes, there’s 30 Creative LIAisions creeping-it-real in the corner, absorbing every insight and comment between judges over the course of the 9-hour metal awarding, eager to take what they’ve learnt back to their own work.

Earlier in the week, as the LIAisions were first arriving in Vegas, one could be mistaken for thinking that they’ve landed in advertising’s promised-land. 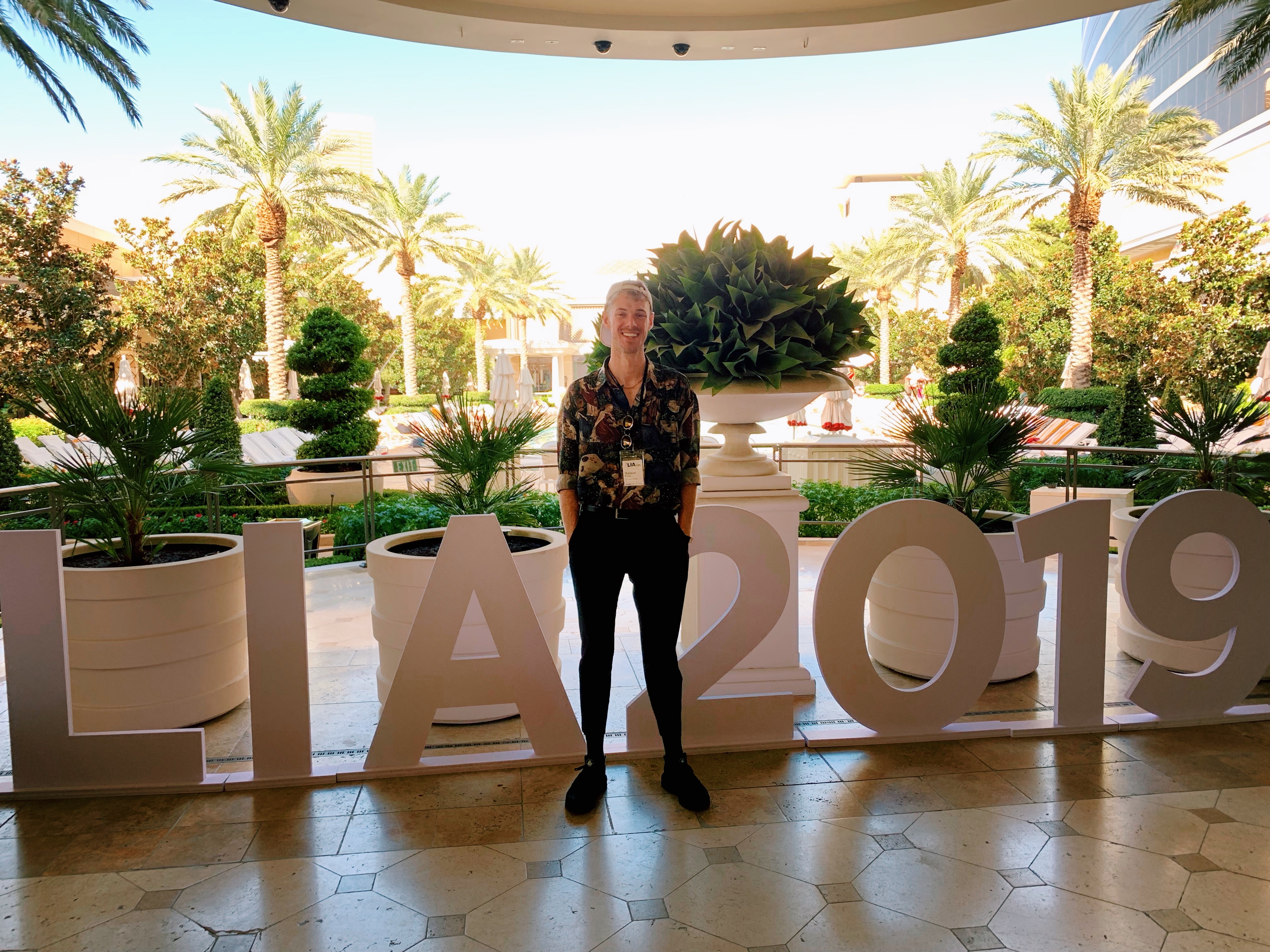 Screens in every square meter of the city practice the not-so-subtle art of the hard sell. Here nothing is sacred. Everything is for sale. And if you think Ellen Degeneres is above attaching her brand to a series of electronic roulette machines – think again.

But as much as it’s shouting at you 24/7, you soon realise it’s never really saying much.

By contrast, the quiet conference rooms of the Encore Hotel played host to an incredible week of intimate learning. Highlights included a presentation workshop from the GECD of BBDO Matt MacDonald. Malcolm Poynton, GCCO of Cheil repositioning how we perceive the power of brands in today’s political climate. And a standout afternoon curated by the inspiring RARE organisation, offering practical training around the power of inclusivity.

For me personally, some of the best learnings were when we were granted access to the inner workings of the judging rooms. The collective wisdom here guaranteed an extremely intelligent and insightful analysis of the shortlisted work.

I attended the Branded Entertainment jury, led by Kerstin Emhoff and the Non-Traditional category, led Mark Tutssel. While we were encouraged to learn and take away as much as we could, we were also told the explicit details of the conversations were to remain confidential. 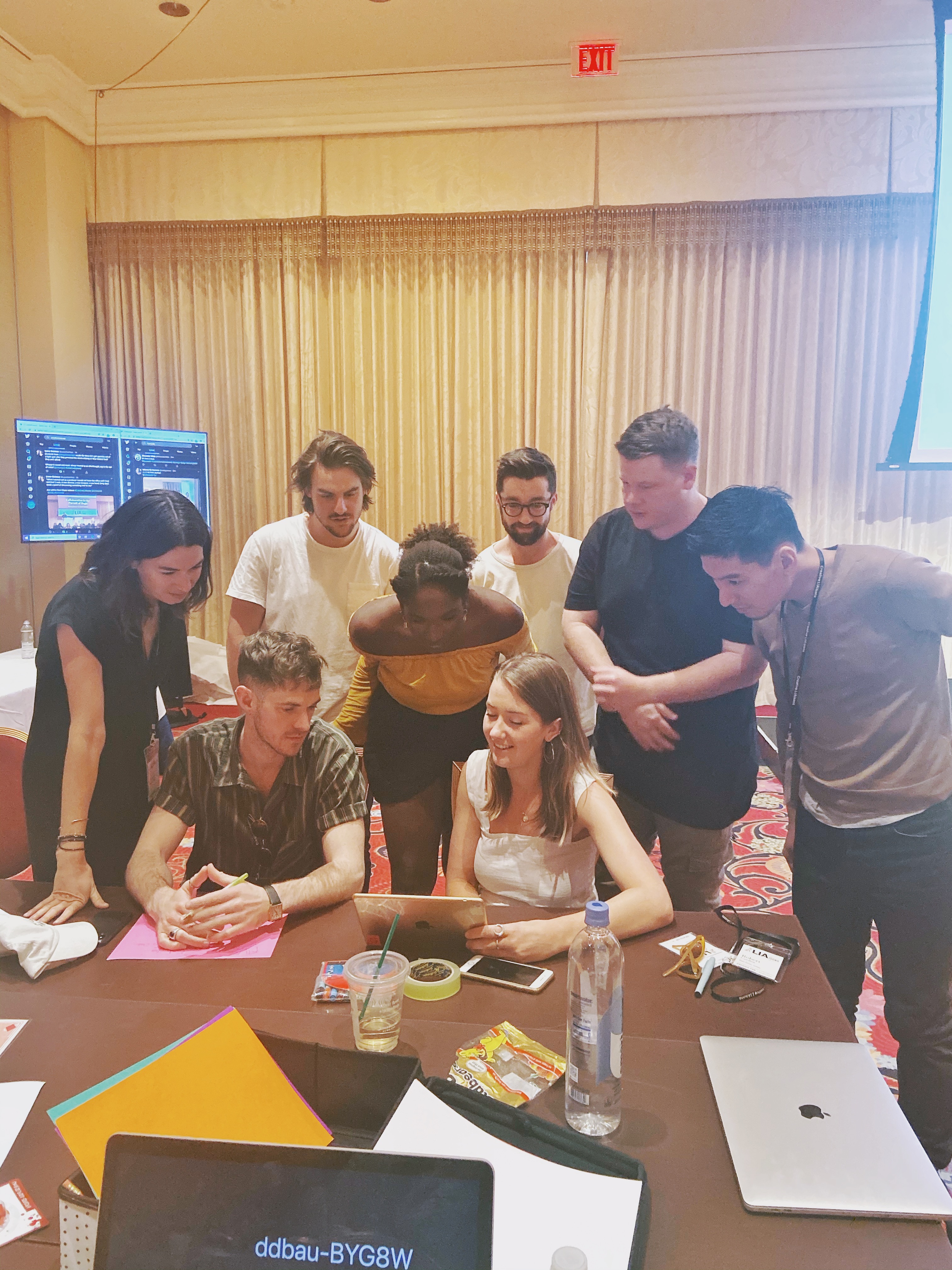 So, in the spirit of the confidential-ish judging rooms here are a few slightly-redacted highlights we learnt from:

“Sure, I would watch that on a plane, but definitely not in real life” – Juror 4, Branded Entertainment.

Like any creative forum, the jury rooms are subjective environments. Everyone had very different points of view. At times it only took one comment to flip a conversation and make or break a piece of work’s performance. This could be someone pulling up a reference that felt too similar, or in another case, an insight about Chinese traditions that cast an entry in a whole new light. Rather than the jury room being in constant conflict, it instead felt like a room of peers. They clearly respected each other’s view points and were willing to learn from them as much as they were from the work.

“Let’s pull up (luxury car brand)’s case-film again to remind us of what not to do.” – Juror 2, Branded Entertainment.

Perhaps more interestingly, the very best work got spoken about the least.

“I like to refer to this category as the non-déjà vu category, and to me putting Helen Mirren on a magazine cover is just more déjà vu.” – Juror 2, Non-Traditional.

The juries clearly took great pride in being the guardians of their categories. They viewed every piece through a critical lens of relevance to their unique judging criteria. It didn’t matter if it was generally good work, it had to be on brief.

“When you add to the game, they love you. When you put an ad over the top of the game, they hate you. You’ve got to be fans of the fans. That’s why the player escort program with the kids is one of the greatest ads of all time.” – Juror 1, Non-Traditional.

The room talked at length about the notion that good work, more than ever, subverts the traditional mediums to get past people’s bullshit filters. Not with the intention of a direct sale, but rather to put the brand into the limited space we have left in our hearts and minds.

These people watch a lot of case studies. It became clear that all they wanted to hear was a good story and clear idea – lines like the above quickly lost the room.

At the end of the week it’s easy to say that the Creative LIAisions program has been one of the best learning opportunities I’ve ever been fortunate enough to experience. The unique format presents the world-class content in a way that overloads your brain but leaves you wanting more. It’s impossible to not leave inspired.

Vegas however could be summed up in the blue ‘yard-stick margarita’ I regretfully got on the first night. Fun for about 5 minutes, then a sickly, exhausting odyssey. 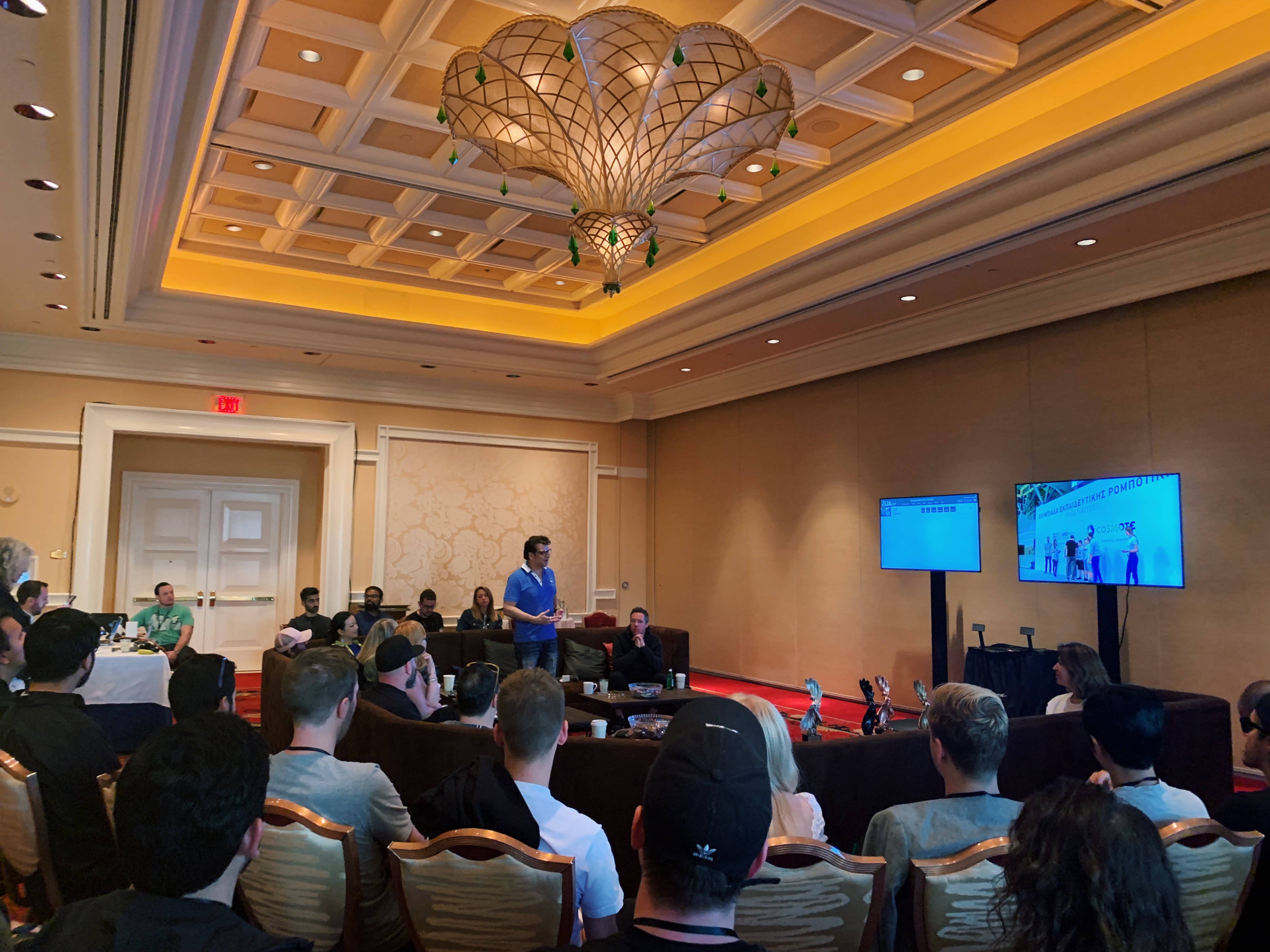 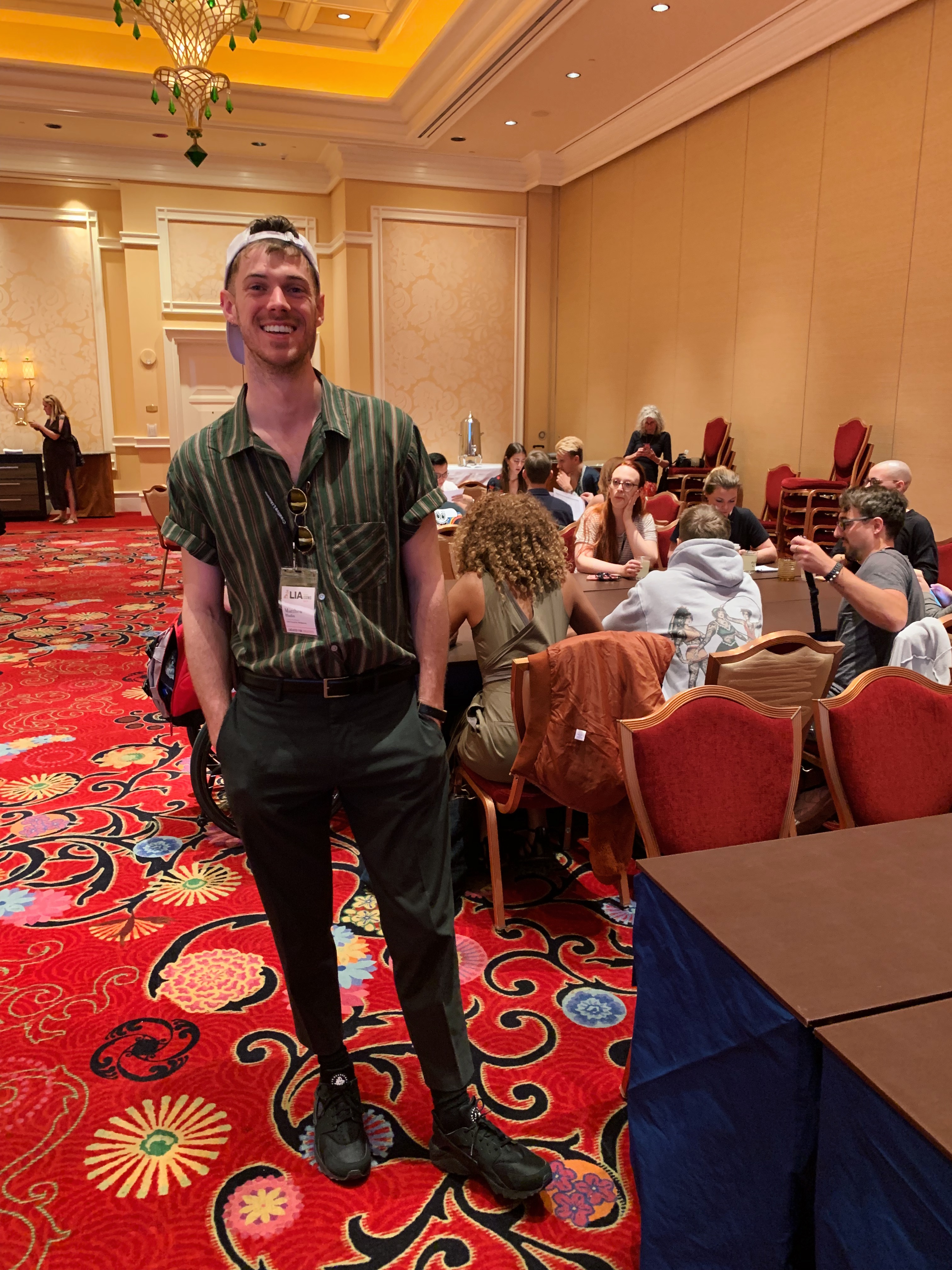