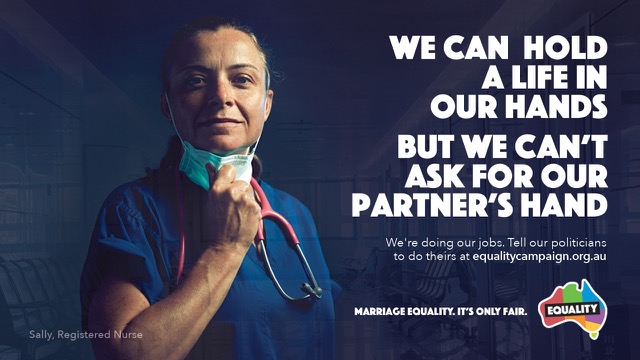 Australian values support a fair go for all, but not when it comes to marriage. A new campaign for The Equality Campaign, created by The Royals, is calling on Australian politicians to do their job and hold a parliamentary vote to make marriage equality legal.

The campaign, titled “It’s Only Fair”, features members of the LGBTI community who selflessly dedicate themselves to aiding and supporting society – a Royal Australian Navy veteran, a nurse, a doctor, a firefighter and a lifesaver – while being denied the right to marry. 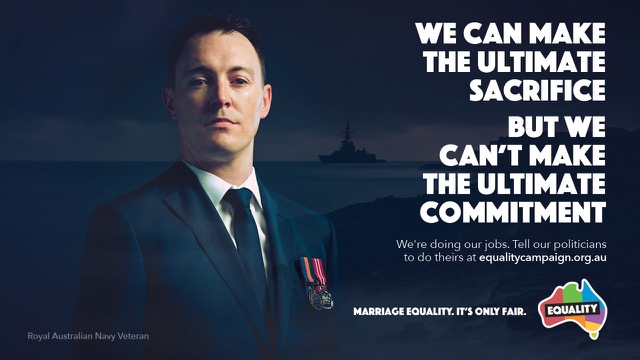 With two thirds of Australians believing everyone should be able to marry the person they love, regardless of sexual orientation, The Equality Campaign is aiming to further galvinise public support for the issue to encourage politicians to do their job as they 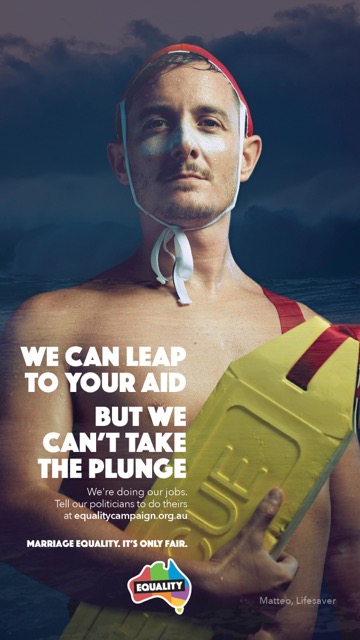 return to Canberra for the first sitting of the new year.

The campaign encourages the public to visit The Equality Campaign website to send a message to their local MP voicing their support on the issue.

Says Nick Cumins, creative partner, The Royals: “We will have marriage equality in Australia, it is just a matter of when. I believe that one of the ways we can achieve this faster is through communication. Communication between Australians and their politicians, communication between friends and family members. So it has been incredibly fulfilling to be able to help the team at The Equality Campaign keep this conversation going. We couldn’t have done this without the amazing team on this job going above and beyond to help. The team at Finch with Marge and Chris leading the charge and Toby Dixon on stills. I encourage you to go to the website and leave your message and we will get it to your politician and get this job done.”

Says Tiernan Brady, executive director, The Equality Campaign: “The majority of Australians and MPs support marriage equality and the time has come for the federal parliament to act and deliver this straightforward reform. With this campaign we call on all MPs to recognise that this is about equality for all Australians, who already make this a better country for us all with their sacrifice and contribution to the community.”

The Equality Campaign is a not-for-profit organisation with no affiliation to any political party.