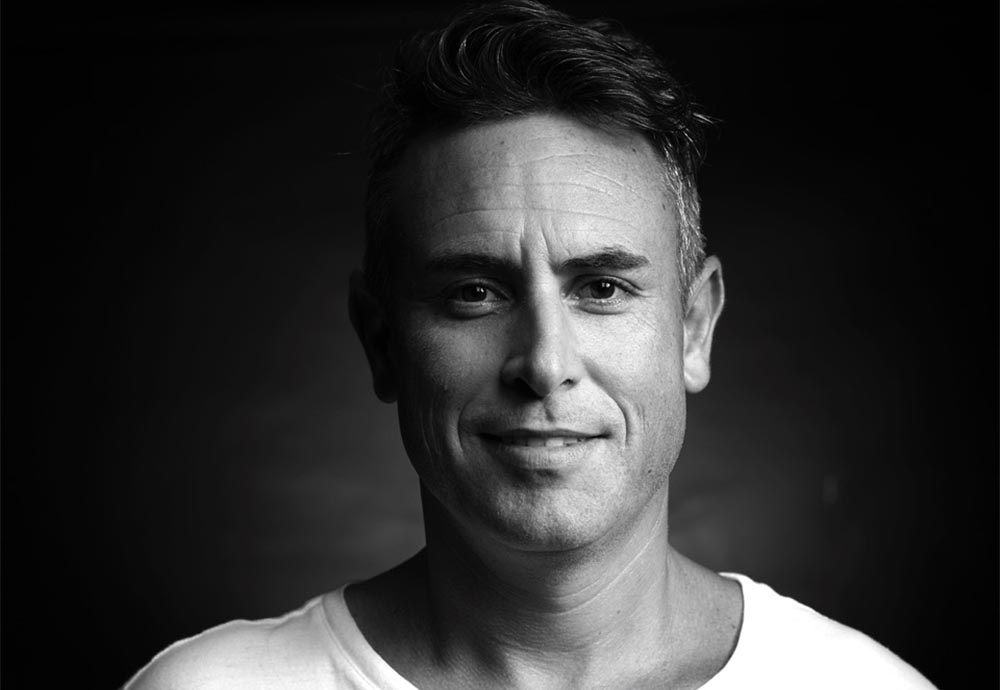 The Brand Agency’s now former Executive Creative Director Marcus Tesoriero leaves WA this week and heads back to Sydney to take up the ECD role with BWM Dentsu. Tesoriero has made a major impact in his short time in Perth, and leaves after a hugely successful two-and-a-half-year stint picking up a raft of international awards, including multiple Cannes Lions and a D&AD Yellow Pencil, along with Gold effectiveness awards at both the Effies and WARC. Campaign Brief caught up with him and asked how he reflected on his time in the west.

Why did you choose to come to Perth and particularly to The Brand Agency? Career-wise, did you think it was a risk at the time?

Originally, I needed to move west for family reasons, so I was actually considering a few offers around Asia at the time. In fact, I’d just flown back from a final interview in Singapore when I was asked about taking on the role as ECD at The Brand Agency in Perth. And I’m certainly glad I looked into it.

Was it a risk at the time? To be honest, from the outset it was. Like most people over on the east coast, The Brand Agency was known as ‘The Bunnings Agency’. But I soon discovered that Bunnings was mostly run out of the Melbourne office – an account I was eager to impact in some capacity being an Australian institution, but the opportunities ran far wider than that; Road Safety Commission, University of Western Australia, Foodbank WA, Water Corporation, Bankwest, the list goes on.

Apart from the Managing Director, Nick Bayes, sending me daily photos of picturesque white sand beaches to lure me over, the guys also offered a blank canvas to boost the overall level of creativity and effectiveness – all starting within an agency that was already a solid, professionally run business. The opportunity to transform the creative DNA of a 100+ person agency, was an enticing one.

The personal clincher derived from a trip I made here from Sydney a few years earlier, realising that WA is truly one of the most beautiful places on earth. I could concur that Nick’s photos weren’t ripped off the internet from the Maldives. I knew what an amazing place Perth could be to live and work.

What has surprised you about the industry in Perth? Better than you expected? Worse? Bigger? Smaller?

The Perth ad industry thinks it’s smaller than it is. I was pleasantly surprised with the size and passion for great work that the industry has over here. But I don’t feel agency folk in Perth should moan about not having the same opportunities as Sydney and Melbourne. Budgets actually aren’t that much better over east – sometimes they’re worse. And, The Brand Agency is a 100+ person agency, which is considered big in Sydney now, so there’s no reason that the work here can’t consistently lift to a national, or even international, level.

Opportunities in Perth are everywhere if you know where and how to invest your time. In fact, I feel clients here have much more of an entrepreneurial spirit, so if you can connect well with key decision makers, you have a good shot at making great work happen – unlike the labyrinth of client approvals you often have to go through over east.

Emergence Festival really impressed me too. There’s nothing quite like it anywhere in the world. Creatives, producers, tech experts and more, all from different fields, meeting, talking and exchanging ideas within one of the most beautiful and authentic regions on earth, Margaret River. I really hope that the festival continues here after this whole C19 thing is behind us. Emergence was the first time I really got to meet a majority of the Perth industry and it demonstrated everyone’s proud, craving for craft.

Apart from Hungry Puffs – the obvious stand-out – what else are you proudest of from your time at The Brand Agency?

I was actually proudest of the way our agency lifted to a consistent level of solid work, rather than the accolades we received for any of our ‘love’ projects like Hungry Puffs. For example, I was pumped to see our overall work received more weekly ‘top pick’ recognition in Campaign Brief’s Best Ads last year than any other agency in Australia.

Sure, that’s not saying every project deserves and international award, but to me that shows we were creating a constant level of solid work for our clients. To do this we needed to reassemble the agency to be more collaborative, not just build the creative department. We had to drop the egos so that strategy could connect effectively with creative, so account management could fuse client connections with everyone required, so production/tech could integrate their processes seamlessly with the wider team. Ideas came from everywhere to strengthen projects, leading to work we were consistently proud of.

There were a number of accounts we achieved solid work for; Water Corporation, The Races WA, Perth Mint, Bankwest, Department of Transport and UWA, to name a few.

For me, the most recent highlight was The Distance of Distraction for Road Safety Commission – measuring the deadly consequences of distracted driving. Within three months of running, it quickly became one of the most effective campaigns ever for the Road Safety Commission in WA. In fact, I’m looking forward to the guys at Brand writing a ‘gold-Effie-winning’ paper for it later this year!

Do you think Perth agencies should be more ambitious with their creative ideas?

I think Perth needs look beyond the walls of Perth for its measurement of creative excellence. Even though there is a proud, craving for craft, most agencies here still compare their level of work to other agencies in Perth – rather than the world.

I feel we made progress with this at Brand last year winning at Cannes for the first time ever, and that got all of our staff thinking internationally – rather than locally. When you start comparing yourself to others in the world, the overall level of creativity begins to lift exponentially. I hope that everyone who makes up the industry in Perth realises that they have the talent to compete with the very best – and that leaders here continue to drive that goal for excellence.

Is there anything else would you like to have done? Are you leaving any ‘unfinished business’?

A few years back, I was inspired by a story I read in Campaign Brief about David Droga’s success in the late 90s, heading-up Saatchi & Saatchi, Singapore. Many thought it was a crazy move for him at the time but within two years, David had pushed the place to become AdAge International Agency of the Year.

It was a lofty goal, but that inspiration had become my benchmark when starting at The Brand Agency. And to hold myself to that goal I, perhaps overconfidently, told it to David Droga in person when I briefly caught up with him in Cannes, 2018. A year later at Brand, we won at every major, international award show in the world including D&AD, Clio, One Show, LIA and Cannes along with two, coveted, gold Effies. It was a great start, but to become one of the best agencies in the world, greatness needs to become the norm.

More of your ‘solid’ work needs to become ‘great’ work. We were definitely continuing on that path pre-C19 with several projects on the boil but unfortunately the virus switched most of our clients into a conservative survival mode, which killed the momentum.

So yes, I guess I was shooting for the moon and have ‘unfinished business’. But that’s a drive I’m very much looking forward to sparking back up when I start at BWM Dentsu this month in Sydney.

BWM Dentsu is already a very successful agency. What will be your main task there?

I guess I see BWM Dentsu a little like The Brand Agency when I first arrived – an agency that already runs a slick, successful operation, but is also enthusiastically eager to find another gear. I feel it’s a great time to join the place as it’s brimming with talented people, great clients and has all the ingredients to become one of the world’s best agencies.

BWM Dentsu has a Cannes Lion Grand Prix to its name, so it’s already rubbing shoulders with the elite. My personal goal is to try to bring consistency at that top level and ensure a steady flow of effective work for our clients. I was really enticed by BWM Dentsu’s strategic model of The Modern Masterbrand, ensuring brands are built to last, not flicker out when a campaign ends.

I’ll be working across the entire agency to ensure that a strong creative thread is weaved throughout everything we do – and help bring this unique model to life.

How will you remember your two+ years here? What will you tell people about your time in Perth?

Well, I stumbled across my role at The Brand Agency out of a geographical necessity, but after my eye-opening experience, I can’t believe more Australians don’t consider Perth as a place to reside. There are a number of industries here that would excite people, not just advertising. There’s something about being the most isolated city in the world that brings out true innovation and creativity – and that’s a story that Perth is just itching to tell the world.

On top of that, Western Australia is hands-down one of the most beautiful places in the world to live. I just returned from a dream surf trip down south in the Denmark and Margaret River regions, visiting majestic locations where often you’re the only person to be seen for miles.

And as for the city, Perth has really grown up now. There are plenty of quality bars, restaurants and things to do – and there’s no question that I’ll miss the stunning sunsets from my balcony overlooking Cottesloe Beach at the end of each day. They certainly gave my Instagram a workout.

In short, I’ll tell people to cross the Nullarbor if they’re up for an adventure that will live with them forever.