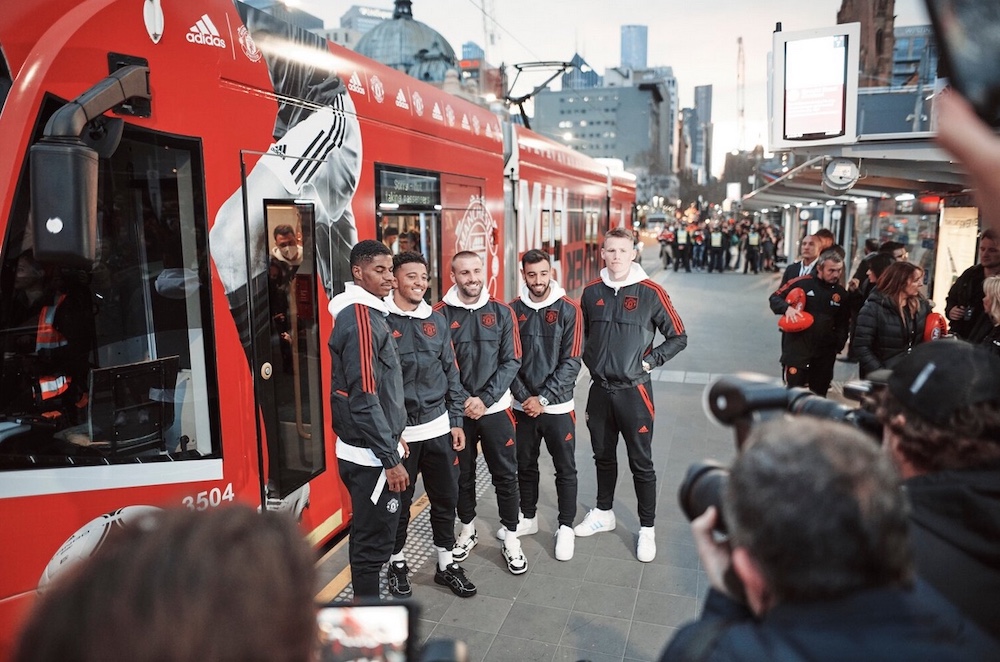 Today, Tuesday 19 July, as part of its promotional tour of Down Under, Manchester United will take part in a highly anticipated pre-season friendly against its old foes Crystal Palace at Melbourne’s MCG. In other words, not just any old away-game, but a ‘far away game’.

In the lead-up to the match, Gemba were tasked by adidas with bringing the magic of the football club’s iconic home-ground, Old Trafford, to Australia and unveiling the new 2022/23 away kit. And they did so in a way that’s never been done before.

adidas and the football club took over Melbourne’s Federation Square. In a massive media spectacle hosted by Reds legends, Andy Cole and Bryan Robson, the event saw the likes of Luke Shaw, Marcus Rashford, Jadon Sancho, Bruno Fernandes and Scott McTominay among the star players in attendance. Given it was the only public appearance ahead of their big match, thousands of Australian fans rocked up to show their support, emblazoned in the UK club’s unmissable red, white and black team stripes. 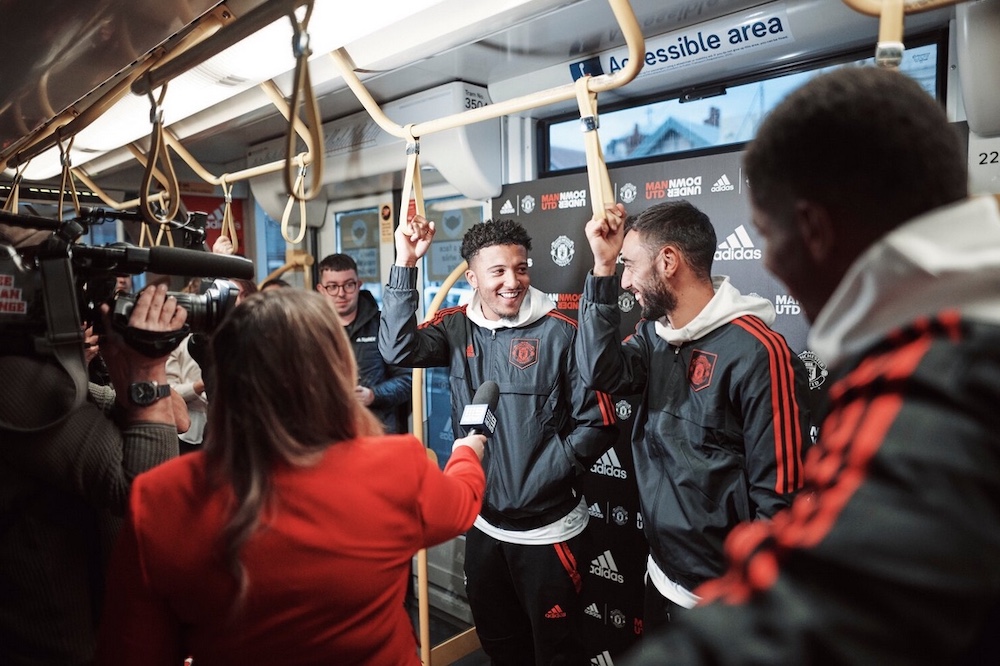 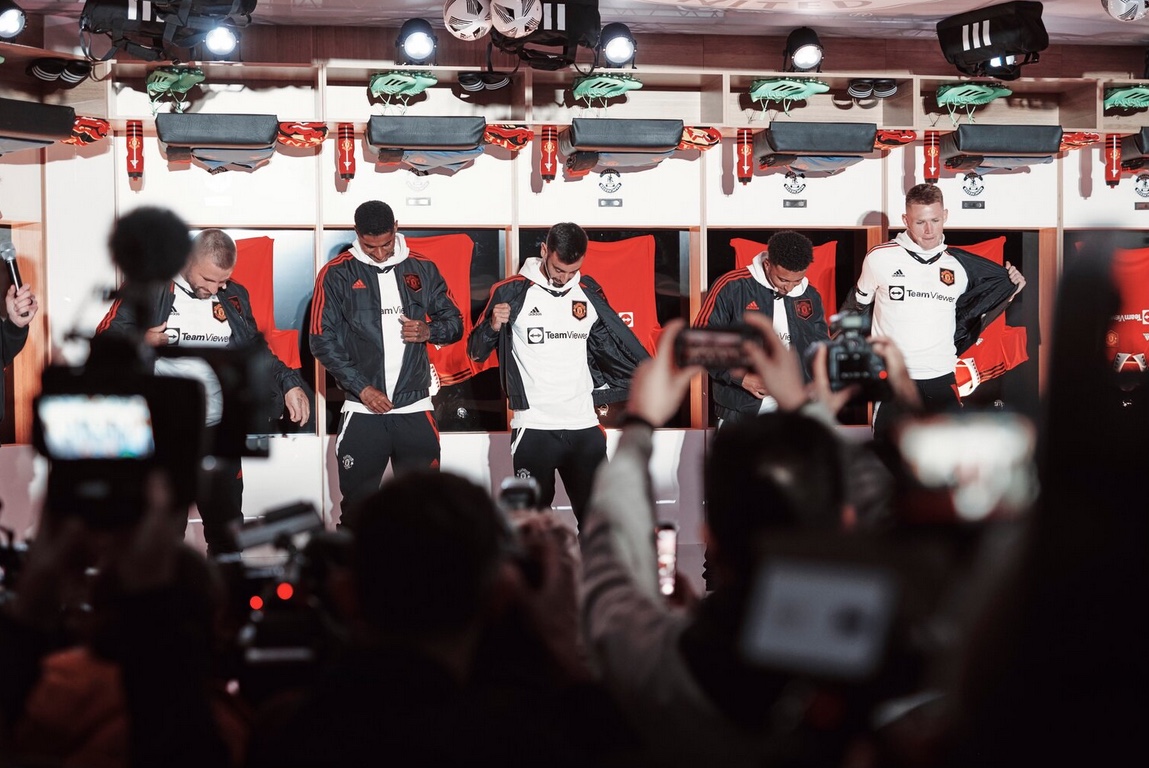 adidas sent invitations to local celebrities and adiClub members that spelled out a date, a time, and yes, a tram stop. That lucky group of invitees were greeted by the unlikely sight of a Melbourne tram completely re-skinned in United’s colours and adidas branding, which ferried them all the way to the event at Fed Square. Little did they know that they would be sharing the ride with five United Players who would be appearing later at the launch. The VIPs not only got to chat to the players throughout the course of the journey, they were also gifted a new away jersey from their football heroes.

Says John Weir, creative director at Gemba: “We loved the idea of turning one of Melbourne’s iconic D-Class trams into something more first-class and exclusive – an up-close experience with one of the world’s most iconic sporting teams.” 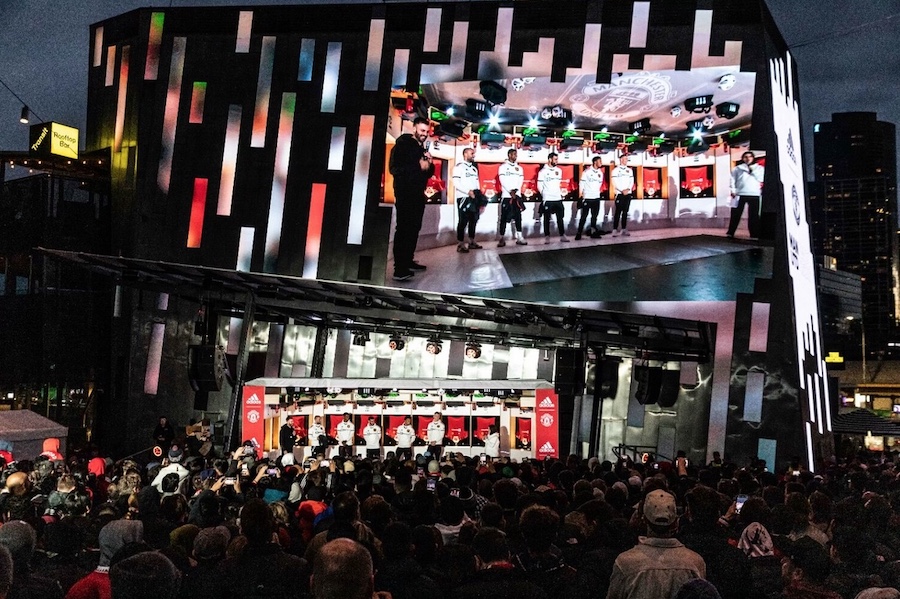 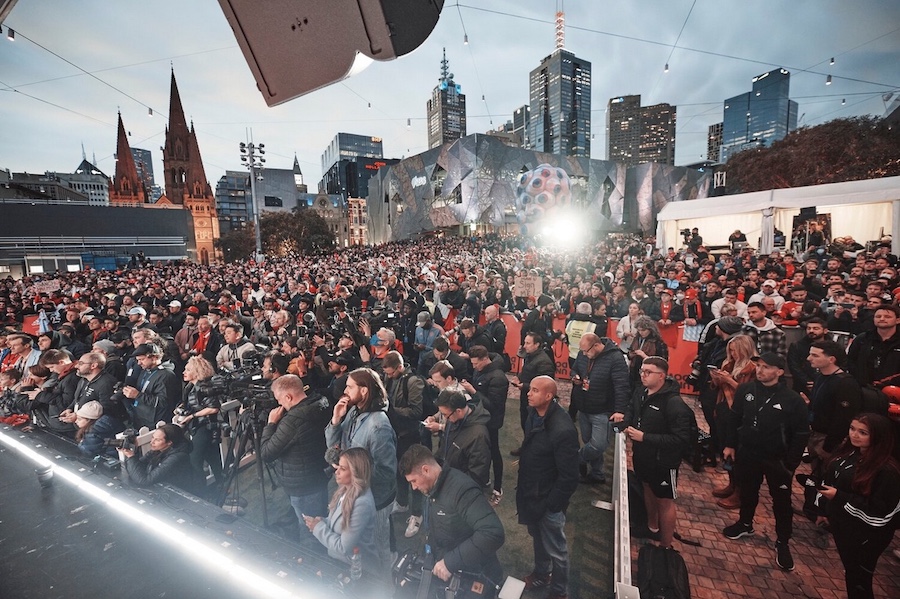 As exclusive an experience as that tram ride may have been, everyday Melburnians and football fans will still get to experience the special tram for themselves, as it remains in operation for the duration of the football club’s tour Down Under.

Last but not least, in order to really make the Manchester United team feel ‘at home’, an exact replica of their Old Trafford locker room was also unveiled at the Federation Square event. Except with one big difference – it was upside-down!

Says Boyd Hicklin, executive creative director at Gemba: “We took every single element and detail of United’s real-life changing room and then painstakingly duplicated it to look exactly the same, except for the fact we installed it in an inverted capacity. Our rationale was pretty simple – given the guys were going to be playing Down Under, it made sense to flip a few other things on their head. And so we did. Literally.”