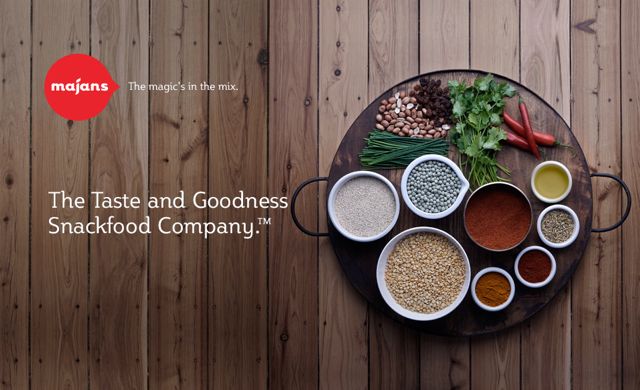 Multidisciplinary brand agency The One Centre has launched a new brand positioning for healthy snack foods brand Majans establishing it as the ‘Taste and Goodness Snackfood Company’.

The One Centre has worked with the Snackfood company to create a brand positioning and strategy to help drive awareness and market share. 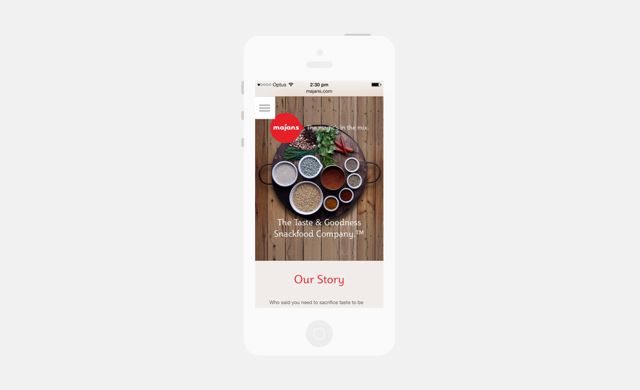 The positioning is supported by a new content rich corporate website, which was built to cater for the brand’s two key markets: the US and Australia. 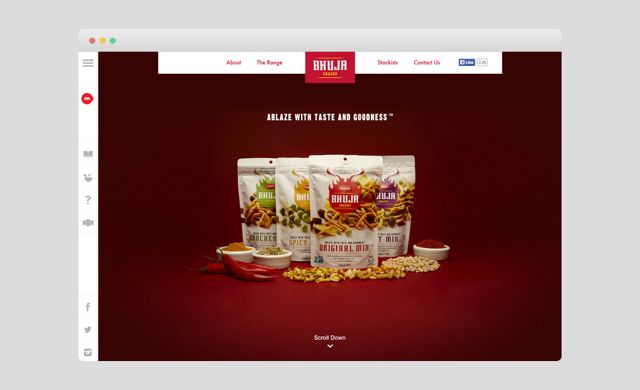 ‘Bhuja Mix’ range; in particular, to support the new ‘Smart Snacks’ products which have achieved strong sales success since hitting the shelves.

To support the new Majans positioning, The One Centre has created a new logo called ‘the Majans kiss’, which is inspired from the humble chickpea, a staple Majans ingredient.

The new site www.majans.com features a brand film ‘Magic’s in the Mix’, which was shot on site at the Majans factory in Brisbane, to bring to life the brand’s ‘taste and goodness’ philosophy.

The site also features a timeline showcasing Majans history with key milestones and landmark events, as well as product pages packed with taste and goodness information across their five product ranges.

Rick Raniga, director at Majans, said the new positioning would help establish Majans as a dynamic, mid-sized snack food manufacturer as it looks to grow its presence in Australia and the US in particular, and take on the global snack food giants.

Says Raniga: “The One Centre has really helped us translate our values and assets into a unique consumer package that celebrates our ‘Taste and Goodness’ philosophy, principles and products. This new positioning and website really bring the Majans brand and company to life.”

Says John Ford, CEO of The One Centre: “The Majans corporate brand has in the past been overshadowed by their Bhuja MIx brand, but now with their product expansion and the company’s growth in multiple markets, including Europe, Asia, and the US, Majans needs to play a bigger corporate and master brand role.

“We have been working with Majans since 2007 and relished the opportunity to partner them in developing a unique brand strategy for the company as it continues to grow its market share and take on ‘big food’ with its simple ‘taste and goodness’ proposition.”

Strategy and Concept: The One Centre