To promote the MADC Stars Creative Showcase November 14 event, sponsors GUILTY, Alt VFX and Electric Dreams have created a film titled ‘Long Live Creativity’. Featuring a congregation of Melbourne’s advertising community, the film, directed by Tony Rogers, encourages the industry to come together to honour the ideas that died, by celebrating those that made it.

The film is supported by a dramatic series of posters shot by Stuart Crossett in association with sponsor Coco Productions.

Says Adrian Bosich, MADC president: “We are truly grateful to the companies and individuals on all sides of the fence that generously donated their time and talent to create this darkly comic film. In these challenging times, it’s important to remember what unites us, and the creativity that drives us. The MADC exists because community is so important. We are at our strongest when we elevate one another and celebrate one another.”

Says Chris Ellis, MADC: “Dress in black and join us in mourning as we celebrate and commiserate ad lyfe, and death. Pay your respects during the short award ceremony followed by the wake (read: killer party). It promises to be a night of remembrance you won’t forget!”

The November 14 party at The Albion Hotel, South Melbourne is also presented by Fin Design. The event is almost sold out, with only final tickets remaining 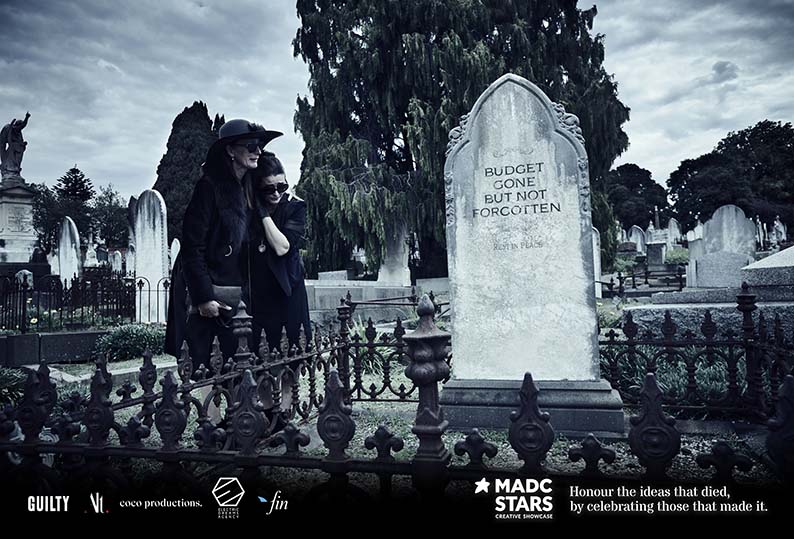 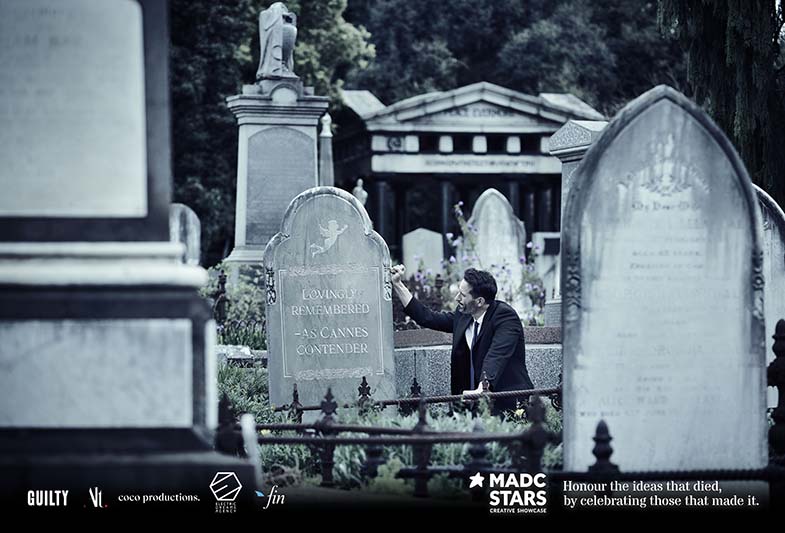