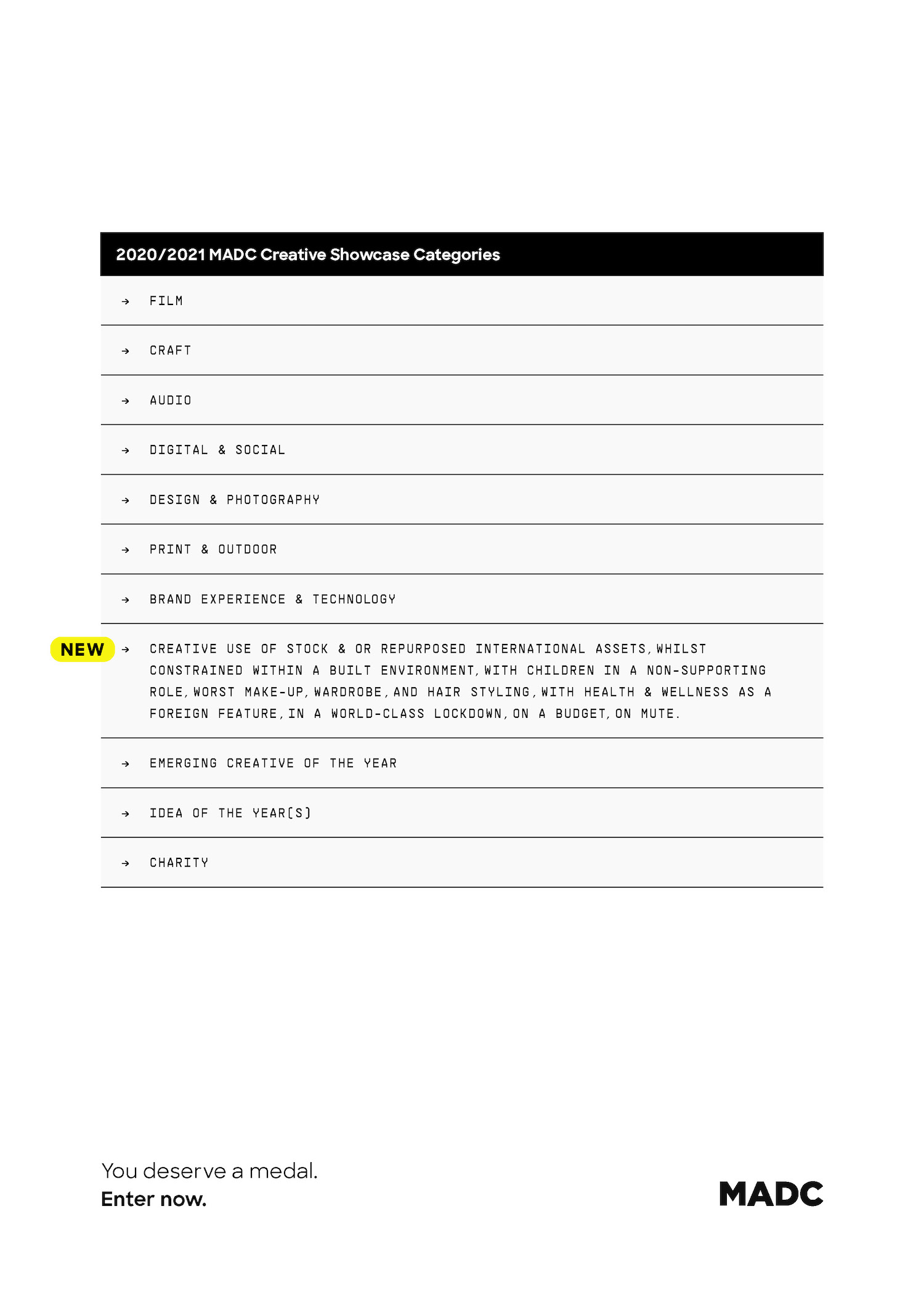 The historically lean number of categories for the MADC Creative Showcase has expanded to take into consideration the 2021 industry landscape. The new category announced for the opening of the MADC call for entries, which will award work from the last two years of Melbourne Advertising and Design, is as follows:

– Creative use of stock & or repurposed international assets, whilst constrained within a built environment, with children in a non-supporting role, worst make-up, wardrobe, and hair styling, with health & wellness as a foreign feature, in a world-class lockdown, on a budget, on mute.

Says Corey Esse, director of MADC Creative Showcase: “Sure, this category is satire, but it may actually be one of the most entered categories this year. The reality of the last two years is that it was incredibly hard to create work in Melbourne, yet brilliant work was still produced.”

Says Matt Lawson, co-president, MADC: “Creativity thrives in constraints, and pressure does seem to have created some diamonds over the last 18 months, so we look forward to celebrating the work across all categories. Melbournians deserve medals.”

Says Simon Thomas, co-president, MADC: “Finally, like much of the state, the call for entries is now open. So, we do encourage you to enter now and snap up the few well-deserved, historically poignant medals. And then, have the hard work celebrated at the Forum, because Melbourne also deserves a party, which as always, the showcase will be.”

In addition, a new category focused on craft has been added to the showcase allowing Melbourne based companies or craftspersons to submit work and nominate the craft(s) they would like judged. You may nominate the entire execution for film or audio craft, or individual elements such as sound design, music, post production, animation, direction, production, casting or cinematography.

The judging panel, built of highly awarded creatives will be announced in January.

Save the date for Thursday March 3rd at The Forum in Melbourne. Tickets to the event will be released shortly.