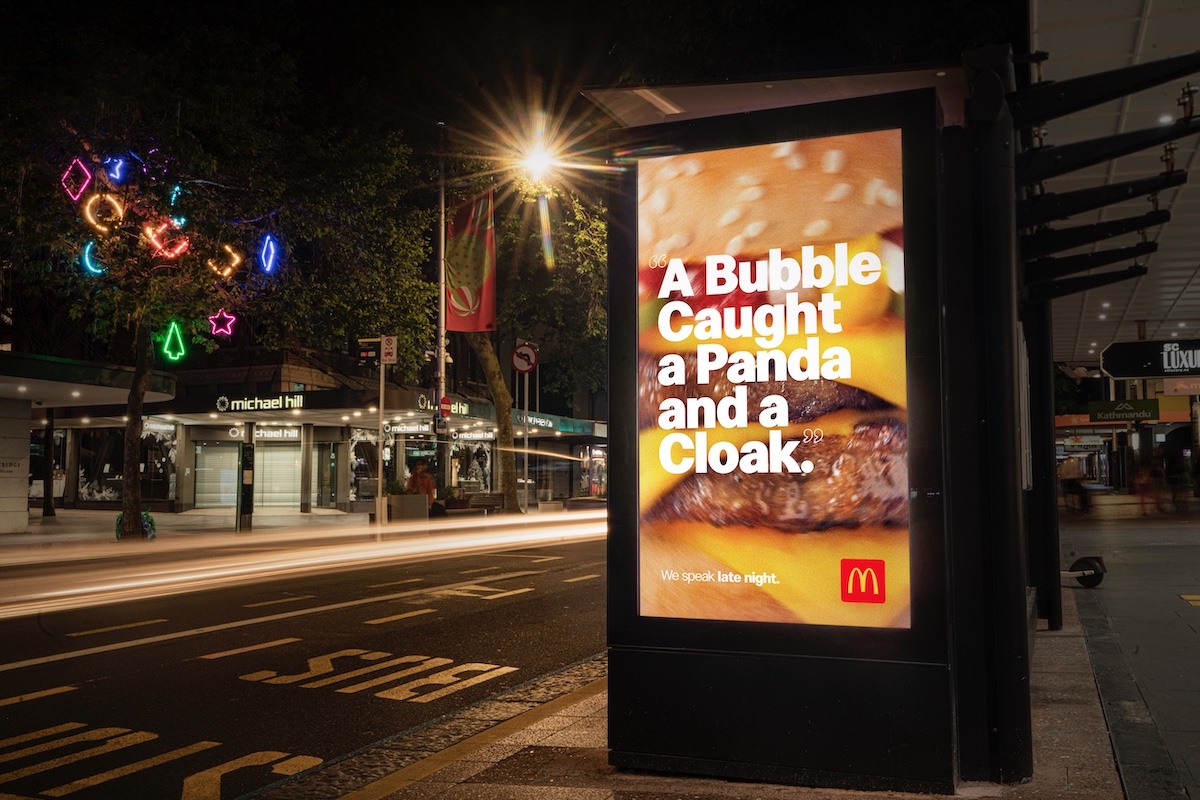 The latest campaign from McDonald’s via DDB Group Aotearoa celebrates the silly season and gently reminds every Kiwi to end their night right.

Whether it’s feasting out before they go home or getting it delivered instead of cooking (or should we say delibered..). But sometimes the late-night customers have a little trouble articulating their order, no one knows why, maybe they’re just tired? Luckily McDonald’s staff are fully versed in speaking the language of the late-night.

Says Gary Steele, chief creative officer, DDB Aotearoa: “Ending a night out with Macca’s is tradition for many New Zealanders and we think the garbled order will resonate with many.”

Using targeted and time-based media placements the out-of-home assets will light up the dark with the orders a person might make on their way home – exposing that stage of the night when an order for a Cheeseburger Combo turns into a “Cheebs Urga Condo” or McNuggets comes out as “Nickin ChicMuggets.” The out-of-home assets will be supported by instore posters, a “late-night” version of Macca’s app, film and bespoke PR packs.

Luke Rive, McDonalds’ director of marketing says many can relate to a Maccas meal being a mandatory go-to and much needed end to a big evening: “Whether it’s Ubering through Drive Thru, in restaurant or a take-away to eat on the long walk home, Kiwi can rely on Maccas as being well versed at speaking late-night.” 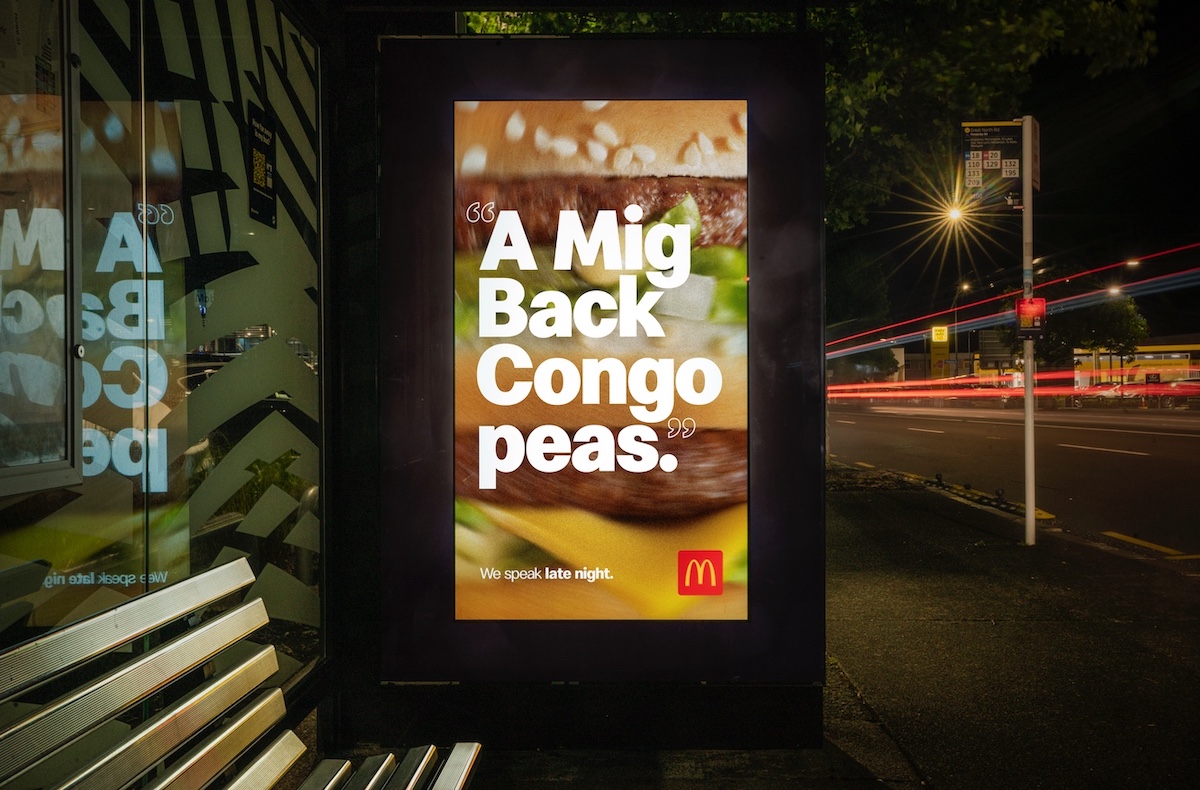 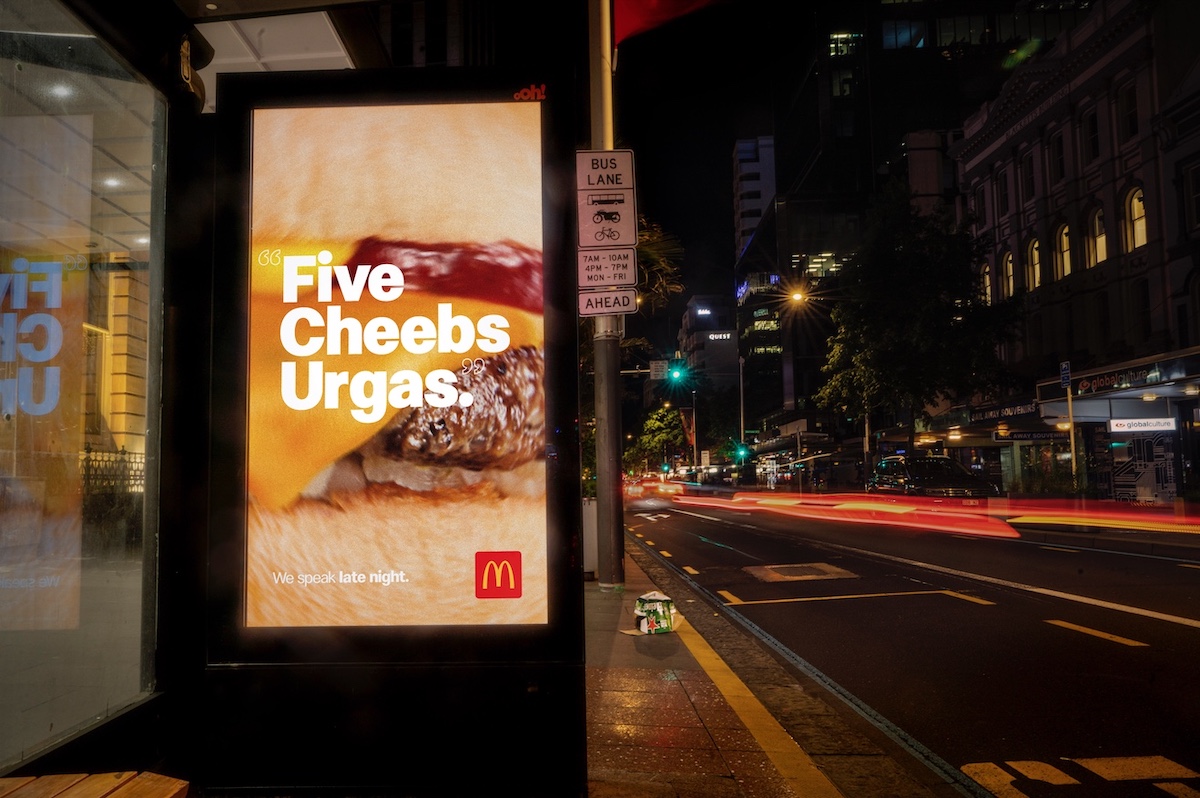 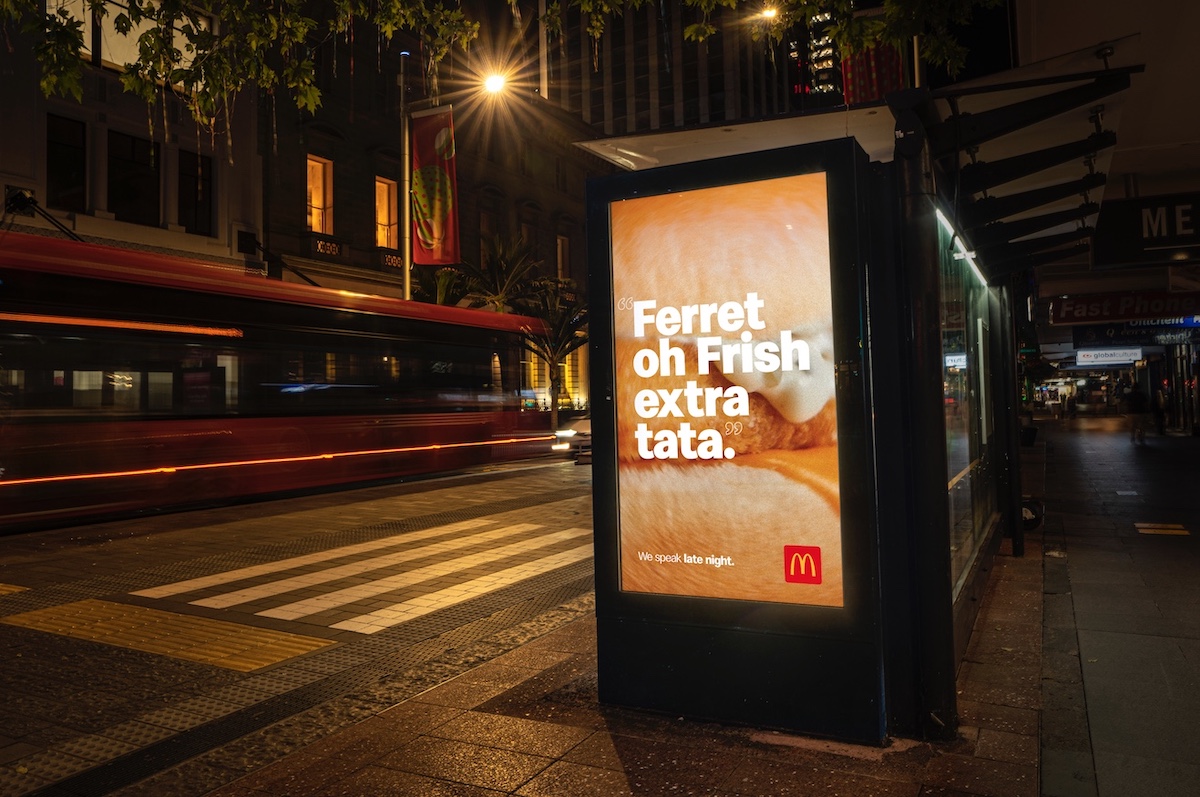 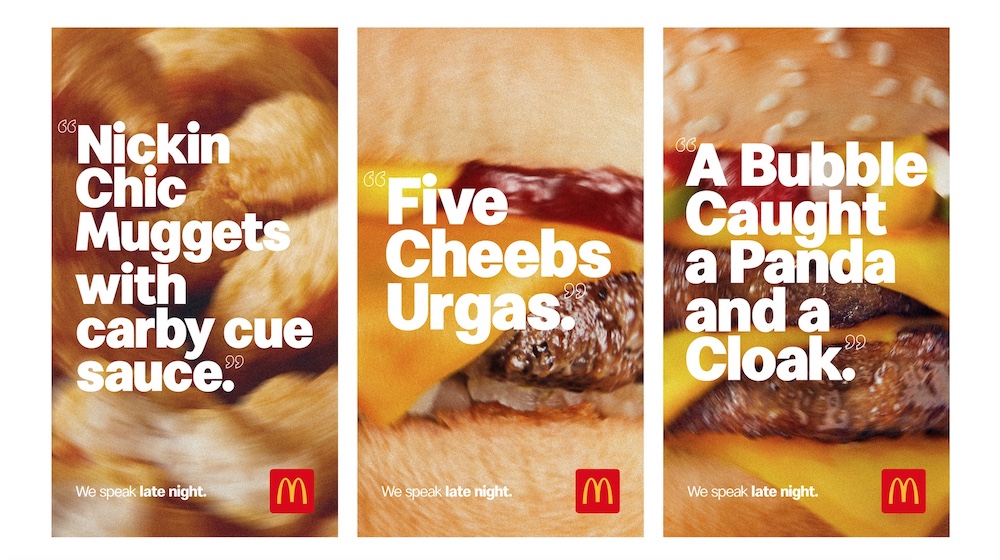