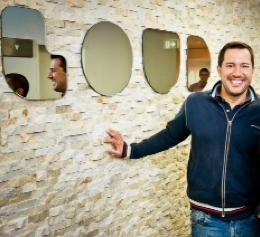 Loud, Sydney has been appointed by the RTA to create an awareness campaign for bicycle helmet safety in NSW.  There was a competitive pitch against a number of undisclosed agencies.

LISTEN TO THE RTA RADIO SPOT.mp3

“Loud’s insights and their ability to communicate a serious message in a creative way is something that stood out for the RTA. Loud has been able to adapt to our needs in a remarkable way and they have been very easy to work with,” said an RTA spokesperson.

“We’re excited that the RTA chose a different creative approach to address a serious issue. We’re confident it will reverberate with our audience, which is our aim with every campaign we create,” said Joe Van Trump, executive creative director, Loud (pictured).