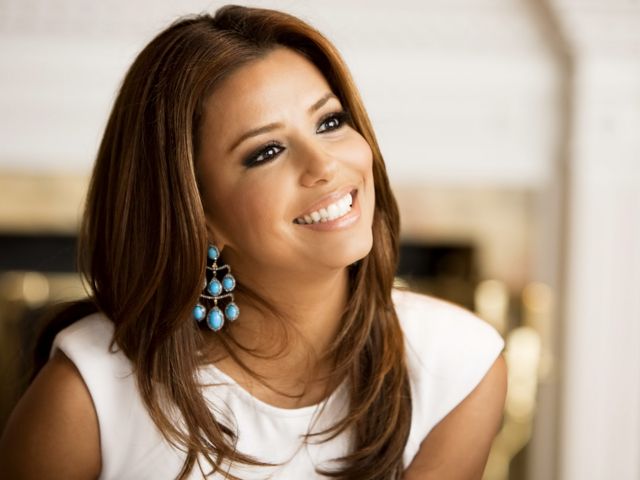 Longoria’s mesmerising Latin looks and charisma along with her exceptional talent, philanthropic endeavours and achievements both on and off screen make her an ideal ambassador for the L’Oréal Paris brand.  During her time in the L’Oréal Paris family Longoria has walked the red carpet at countless global events with brand and is now set to celebrate Australia’s biggest fashion event in March 2014.

The youngest of four sisters from Corpus Christi, Texas, Longoria is a Golden Globe-nominated, Screen Actors Guild Award-winning and ALMA Award-winning actress plus accomplished director, producer and writer. Celebrated globally for her starring role as Gabrielle Solis on “Desperate Housewives”, Longoria is currently filming feature films “Refugio”, which is Academy Award-Nominee Demian Bichir’s writing and directorial debut, and “Any Day” alongside Sean Bean and Kate Walsh.

Longoria has also formed her own production company, UnbeliEVAble Entertainment, and is currently executive producer of Lifetime’s new hit dramedy “Devious Maids” and Hulu’s new animated sitcom “Mother Up” in which she also lends her voice to the lead role. Alongside Ron Howard, Longoria also wrote, directed and starred in short film “Out of the Blue’.

Celebrating her proud Latin heritage, Longoria has acted as executive producer of the National Council of La Raza ALMA Awards for the past eight years, honouring Latino artistic achievement in the television, film and music industry.  Longoria is also the executive producer of documentary films “The Harvest” and upcoming “Food Chains” (which is being screened at this year’s Berlin Film Festival) that both focus on the plight of migrant farm workers in America. Furthering her commitment to these causes, Longoria received her Master’s degree in Chicano studies in May 2013.

A passionate activist for humanitarian causes, Longoria established ‘The Eva Longoria Foundation’ in 2010 with the goal to help Latinas build better futures for themselves and their families through education, entrepreneurship and support programs.  Additionally, Longoria serves as the national spokesperson for PADRES Contra El Cancer (Parents Against Cancer) a non-profit organisation committed to improving the quality of life for Latino children with cancer and their families.  Longoria also co-founded ‘Eva’s Heroes’ which is dedicated to enriching the lives of those with developmental challenges by providing an inclusive setting built on the four tenets of interact, grow, learn and love.  Longoria was named Philanthropist of the year by The Hollywood Reporter in 2009 and was honoured by Variety in 2011 with a LifeTime Achievement Award for their Power of Women issue.

Throughout her career, Longoria has appeared on the cover of numerous international women’s magazines including Vogue, Marie Claire and Harper’s Bazaar.  Longoria continues to be celebrated as one of Hollywood’s most beautiful, successful and talented women with People naming her one of 2012’s ‘Most Beautiful at Every Age’ and Maxim recently celebrating her as ‘Woman of the Year’.

Longoria joined the L’Oréal Paris family in 2005. She is now one of the longest-serving members of the brand’s ‘Dream Team’ including fellow ambassadors such as Jennifer Lopez, Beyoncé Knowles, Jane Fonda, Aimee Mullins, Julianne Moore, Blake Lively, Doutzen Kroes and Australia’s own Megan Gale to name a few.

While in Melbourne, Longoria will join Australian face of L’Oréal Paris, Megan Gale, in attending selected VIP events and will be front-row for the much-anticipated Grand Showcase Runway featuring Camilla on 19 March 2014.