CHE Proximity Melbourne copywriter Lauren Eddy and art director Aicha Wijland (above) – winners of the MADC + LIA ‘Pitch a ride to Vegas’ competition – are representing Australia at the 2019 LIA Creative LIAisons program in Las Vegas. The program features some of the world’s most respected creative directors as speakers. Here Eddy and Wijland continue to report exclusively for CB.

Where to start? If you haven’t already heard, today’s episode of Creative LIAisons was part doozie, part downright incredible. We’ll do the doozie first.

LIA 2019 has been permeated with this magical word: “empathy”. Empathy with our clients, with our consumers, and with each other. This last one was truly tested when Ted Royer, former CCO of Droga5 made his first public appearance since the Diet Madison Avenue scandal.

None of us knew what to expect. There was a morbid curiosity in the air; would he address it? 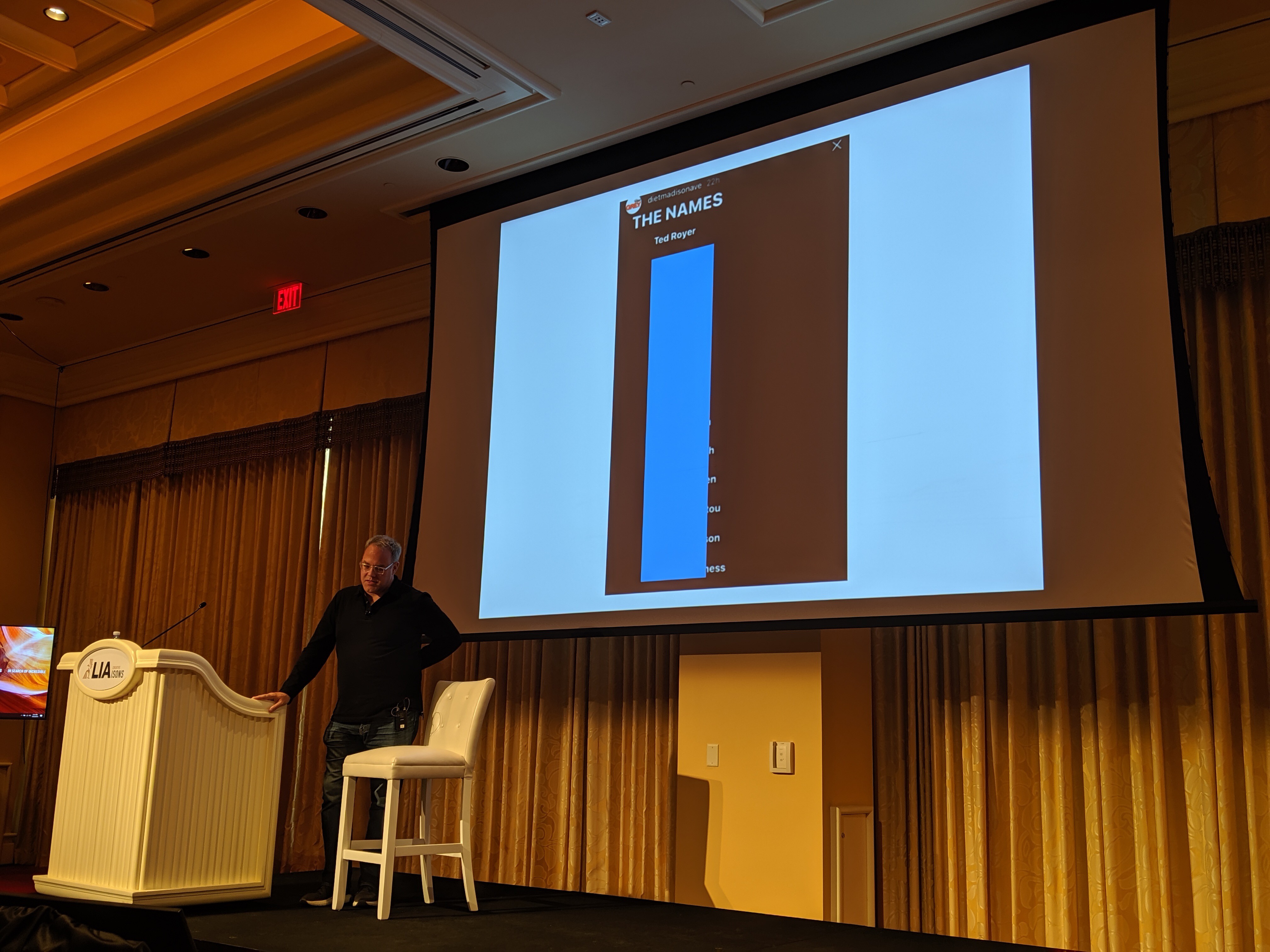 Yeahhhhh… kinda but not reeeally??

Other publications will fill you in on what exactly went down, word-for-word. What we’d like to cover is what it felt like for us. To be surprised with this dramatic (and emotional for many) series of events in the middle of what was an otherwise awesome day of learning.

He started by showing us what he’d been through. Nervously clicking through slides of headlines and going over what was said about him on social media. We were fully ready to hear his side of the story. To hear his ownership of events, a redemption arc perhaps – even hopefully some of the actual creative wisdom we were here for.

He said he didn’t do it. Categorically.
He said he was sorry. A lot.
What for? Not really sure.
He said he’d learned a lot.
What? Again, not sure.
He talked about the importance of empathy.

When he was done talking, we got to ask questions. And boy did the room have some questions. One of the best ones came from Grace, from WhiteGrey Sydney. She asked him what we were all wondering. Why he chose now, and why he chose here to “come out” (his words). After a year and a half, why did he choose to deliver his sorrys to over a hundred young creatives, who came here to learn about how to be better people in advertising? His answer in a nutshell: he’s been coming to present at LIA for years. Also, this is the first time since the scandal that he’s been invited to speak. The room felt a bit robbed.

We both asked questions, but sadly ours too felt like they landed on tone deaf ears. Despite his constant open invitations to face-to-face conversations, there was one weird vibe that the entire room (at least, everybody we talked to) got: this guy still didn’t get it.

Well, what are you gonna do?

The experience of sitting through this talk was taxing, frustrating and anxiety-inducing. But we’re grateful for it. It accentuated why this buzzword of empathy kept coming back throughout the day, and why it’s never been more important. It’s the industry’s redemption of “CCO Douchebag Culture” (Royer’s words). The best people in advertising today are trying to heal the damage done by men in positions of power, and we were blessed to hear from those people directly after Royer left the room. And we’ll talk about those people now.

A woman came and asked us (nerds in the front row) if the seat next to us was taken. We talked about where we were from, where she was from… she told us a story of the cockroaches in her apartment when she lived in Sydney years ago. In fact, she admitted that she had a cockroach story from every place she’d lived, even Afghanistan. And then she picked up a mic and was introduced as Lara Logan, multi-award winning journalist. Okay. Her poignant talk put our jobs into some much-needed perspective and is probably one of the main reasons we’re writing about today in so much detail. 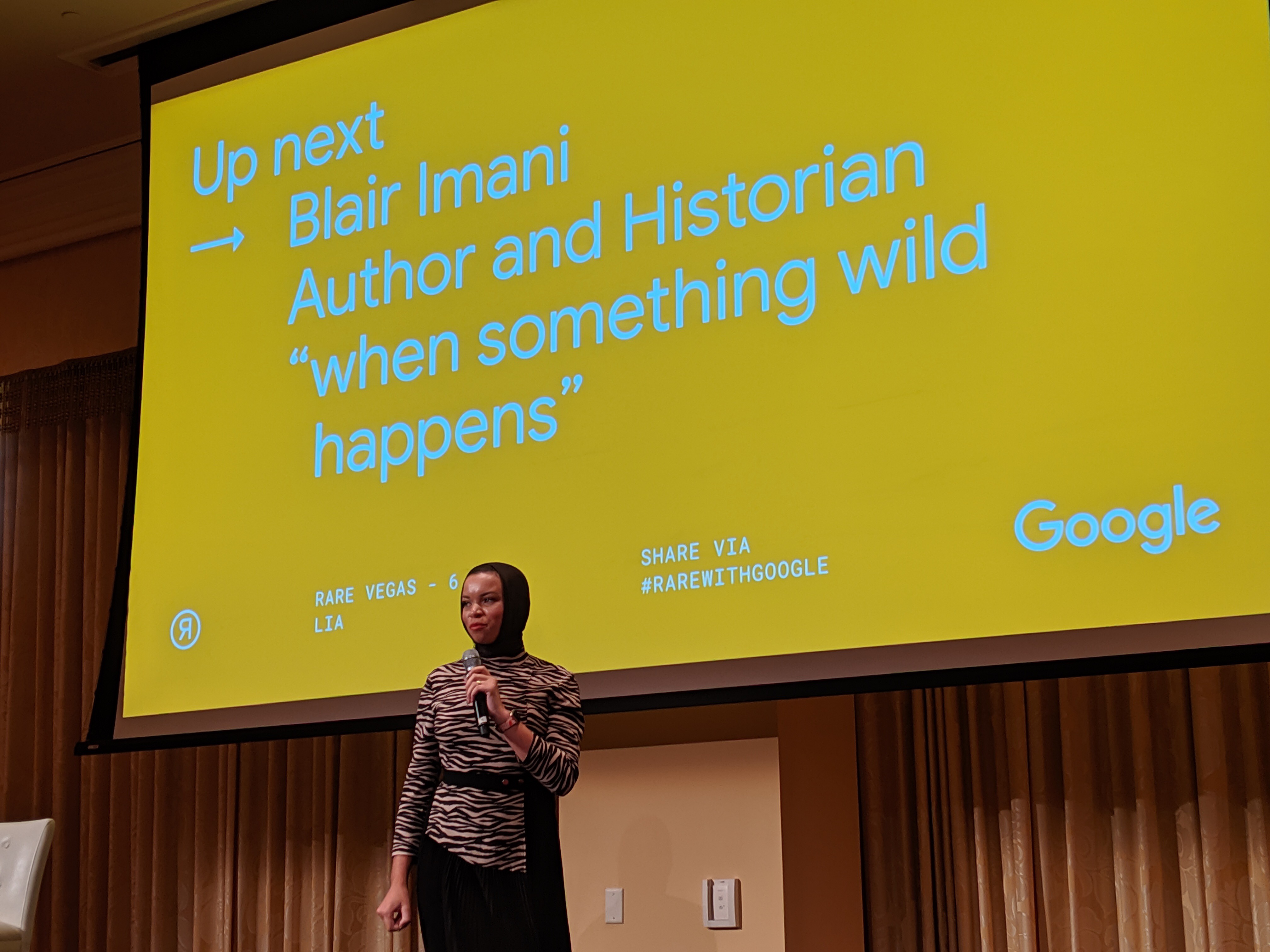 The RARE masterclass felt like the answer to a lot of the questions we had been asking ourselves, not just today, but throughout our short careers. It was an enlightening and empowering session on unconscious bias, what we stand for, and how we can embrace everyone’s differences to better the creative work, each other and ourselves. We did a few exercises with David Slocum about negotiation and our personal values. For one, we had to go through a list of about 100 adjectives and decide on the 5 values that we believe in the most. To end this article on a slightly lighter note, we found that ours were pretty similar (makes sense). Here they are:

Back to normal programming and silly drawings tomorrow – where we get to sit in the statue discussions!

TLDR: it’s worth the read.