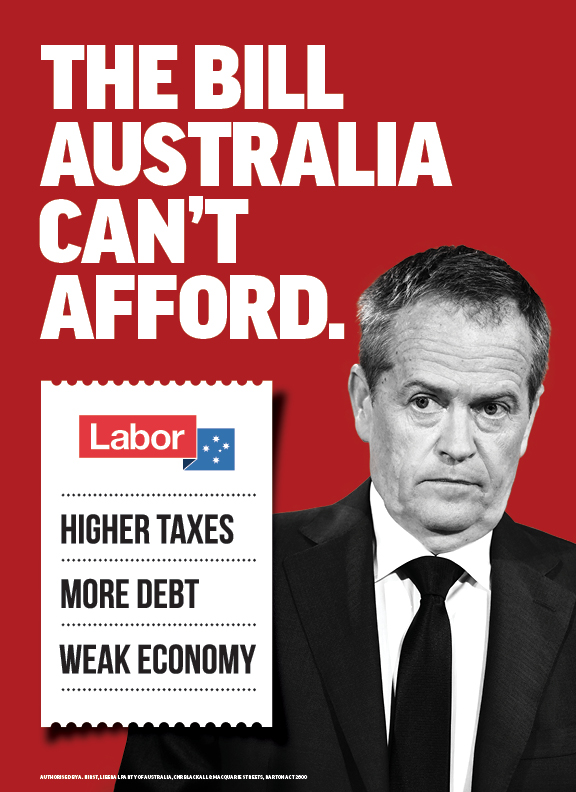 KWP! commenced work on the campaign 12 months ago, after being approached following the success of the SA and NSW’s Liberal Party campaigns.

Responsible for the marketing strategy, strategic messaging, creative execution and all production, KWP!’s managing director of advertising, John Baker, explains it was about the team identifying the simple, yet powerful messaging and keeping consistent throughout the duration of the campaign.

Says Baker: “For SA, it was ‘No Jay, it’s not ok’, for NSW it was ‘You’ll pay for it Daley’ and for the Federal Election it was ‘The Bill Australia can’t afford’.

“With the Liberal Party positioning themselves as strong at managing money, growth, job security and opportunities for future generations, we focused on the fact that Labour can’t manage money or secure our future.”

KWP! group managing director David O’Loughlin said achieving the successful outcome didn’t happen overnight and it was a year-long strategy-focused campaign: “For us, it was being very focused with our messaging strategy and crafting a strong winning campaign line.”