Koala to politicians: keep the ‘lying’ to the bedroom in new campaign via The Royals 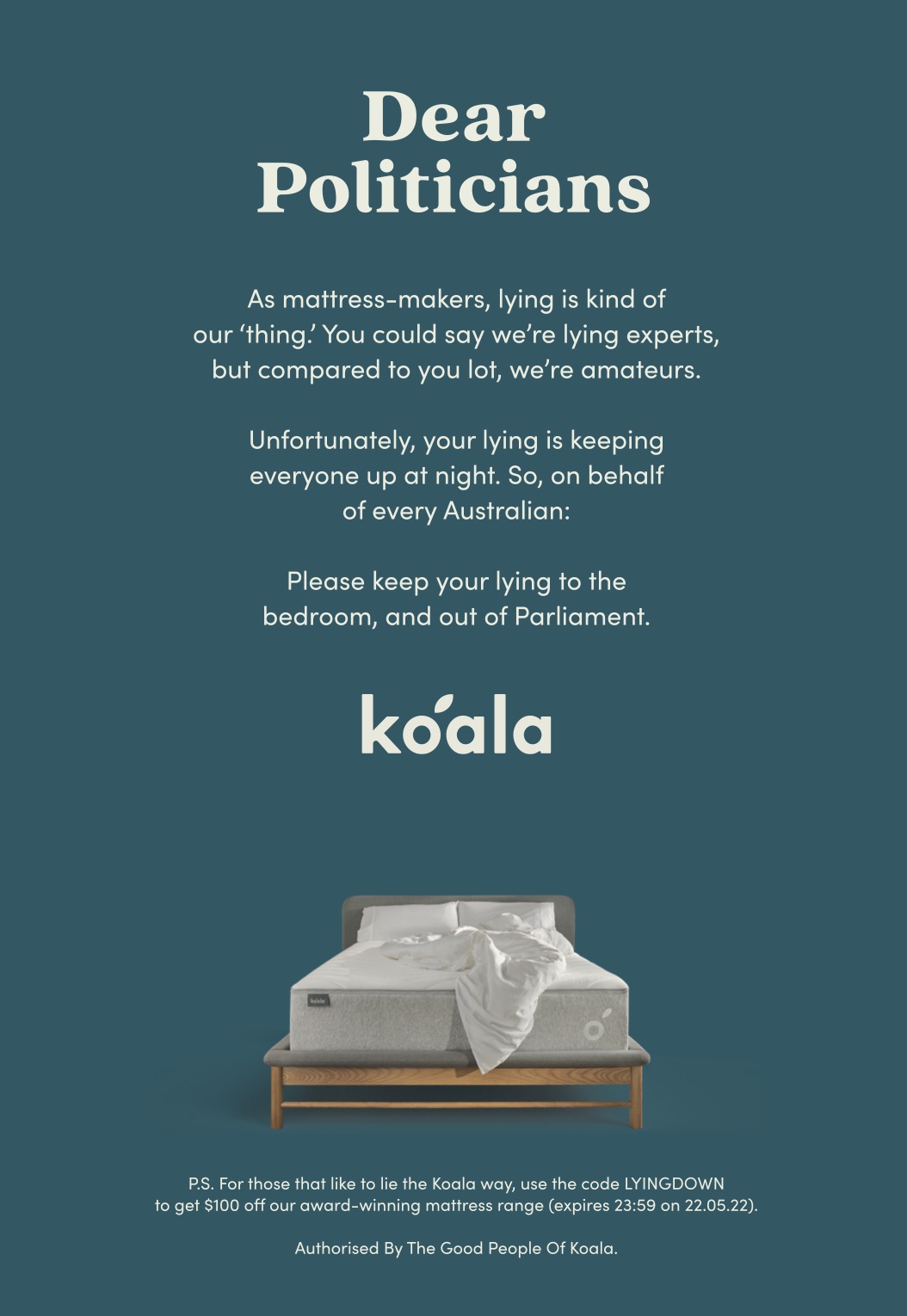 As Australia’s most awarded mattress mattress makers, Koala knows a thing or two about lying (horizontally that is). But politicians have taken lying to a whole new level. So on Election Day Saturday 21 May, Koala took the opportunity to ask Australian politicians to keep their lying to the bedroom, and out of Parliament in a new campaign via The Royals.

The campaign addresses politicians in a series of mobile out-of-home in key constituencies (such as Warringah in NSW and Chisholm in Victoria) and a full-page print ad in The Australian, inviting them to lie on a Koala mattress – and help all Australians get a good night’s sleep.

As a cheeky incentive, Koala is offering $100 off its award-winning mattress range to those who like to lie the Koala way, (with the code LYINGDOWN).

Says Sebastian Vizor, executive creative director, The Royals: “Unfortunately, lying by politicians is out of control and it’s not doing our country any favours. Of course, not all lying is bad. Lying in bed and getting a good night’s rest is good for your body and mind, and something all Australians deserve more of. Which led us to think: if politicians keep their lying to the bedroom and out of their public proclamations, the world would be a better (well-rested) place.”

Says Bradley Firth, global brand strategy and creative VP, Koala: “Lying straight in bed is the only kind of lying that benefits everyone and at Koala, we can help with that. So we call on Australia’s politicians to leave the lying to us from now on, and allow the people of Australia to get a good night’s sleep.” 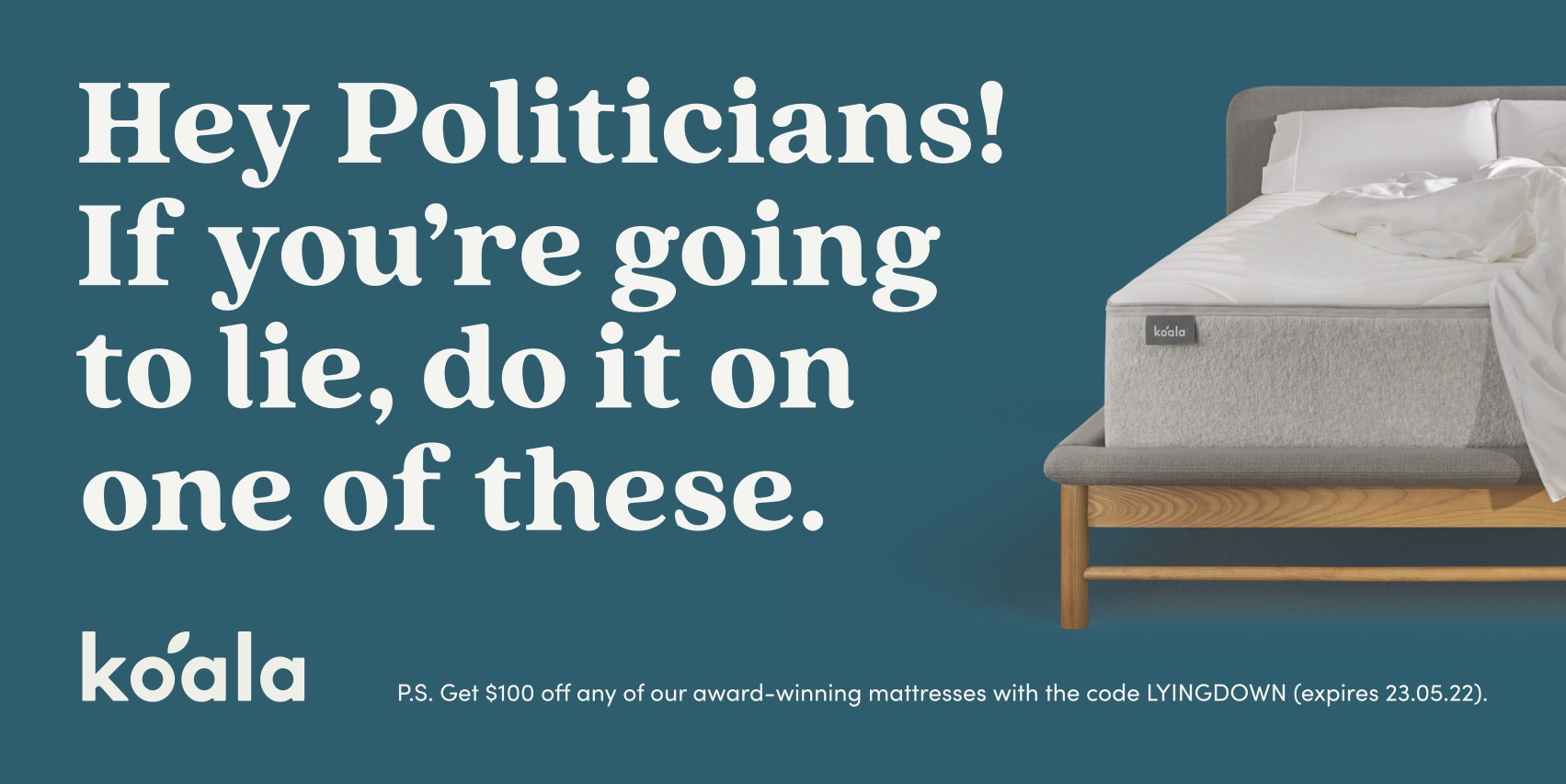