For Rail Safety Week DDB New Zealand, KiwiRail and TrackSAFE NZ have this week launched “Near Miss Memorials” to remember the near misses suffered daily by train drivers.

Half crosses are being installed at rail crossings around New Zealand where near misses have occurred, each with a QR code linking to a unique video of a real near miss and personal story of how it impacted the train driver. The symbol of a half cross represents just how close each near miss could have been to a fatality.

The safety campaign was launched at Parliament, following shocking statistics revealing that every day train drivers in New Zealand come close to a near miss with pedestrians and vehicles at level crossings, despite all crossings featuring some form of protection, including flashing lights, warning bells, barrier arms, gates and signage.

The real-life near miss footage acts as a stark visual reminder for Kiwis to take caution when crossing railway tracks. For those who can’t view the installations, they can watch every near miss film at nearmisses.co.nz via an explorable 3D rail journey. 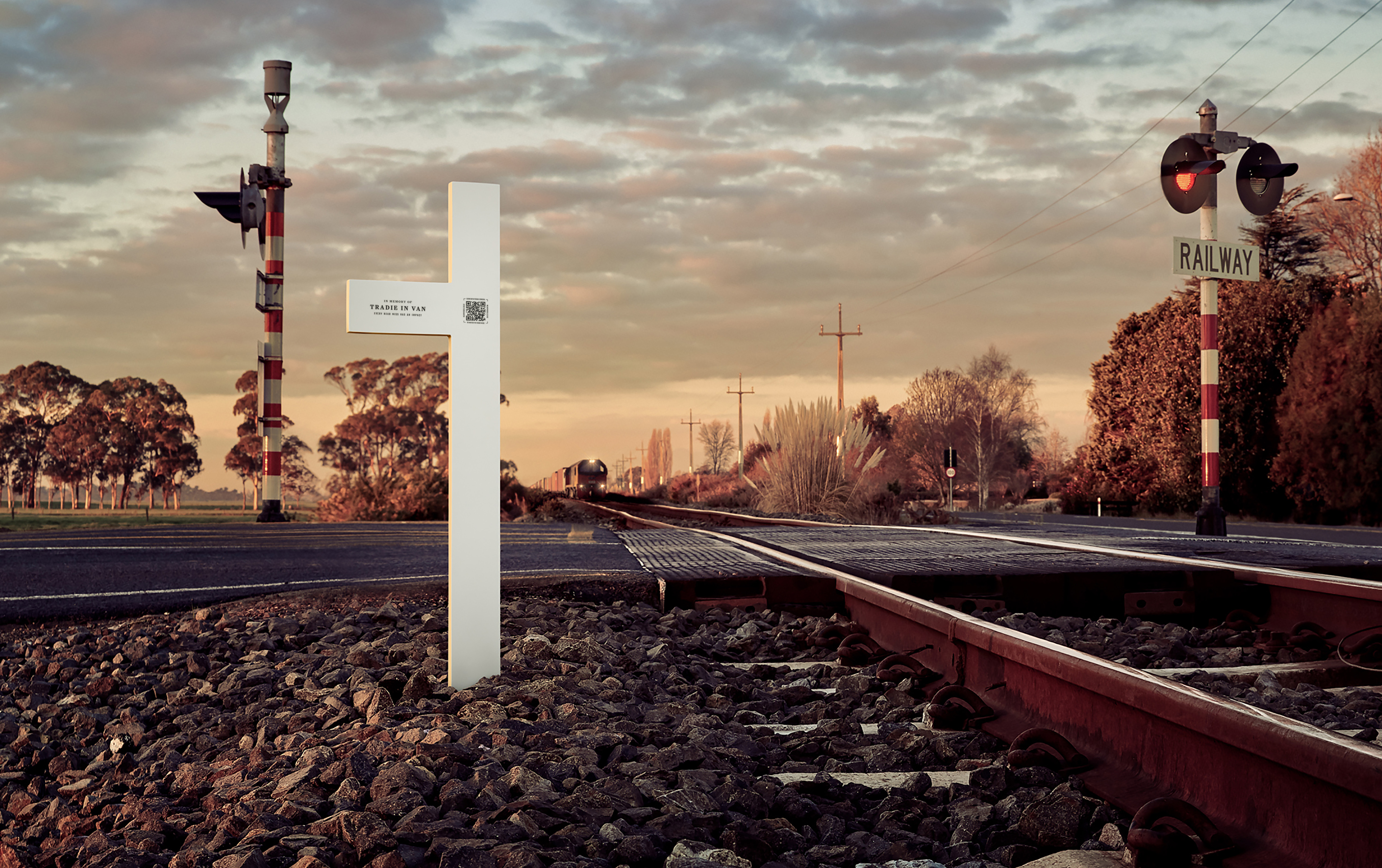 Says Justin Mowday, CEO, DDB NZ: “We are really proud of this campaign. It’s uncomfortable, confronting and real. It puts you in the shoes of the real Kiwis at the frontline who experience this every day. The near miss memorials have been established in a bid to get Kiwis re-thinking how and when they cross at level crossings.”

Says Ellie Martel, group general manager communications, KiwiRail: “This year we wanted to turn the campaign focus to those inside the train to help the public understand the trauma for our locomotive engineers (drivers) , as well as for other rail staff, witnesses and of course the pedestrian or motorist involved. We hope this approach will encourage people to change their behaviour and be more vigilant around level crossings.”

The campaign rolls out this week across social, web, print, OOH, radio and near miss memorial installations at level crossings nationwide.