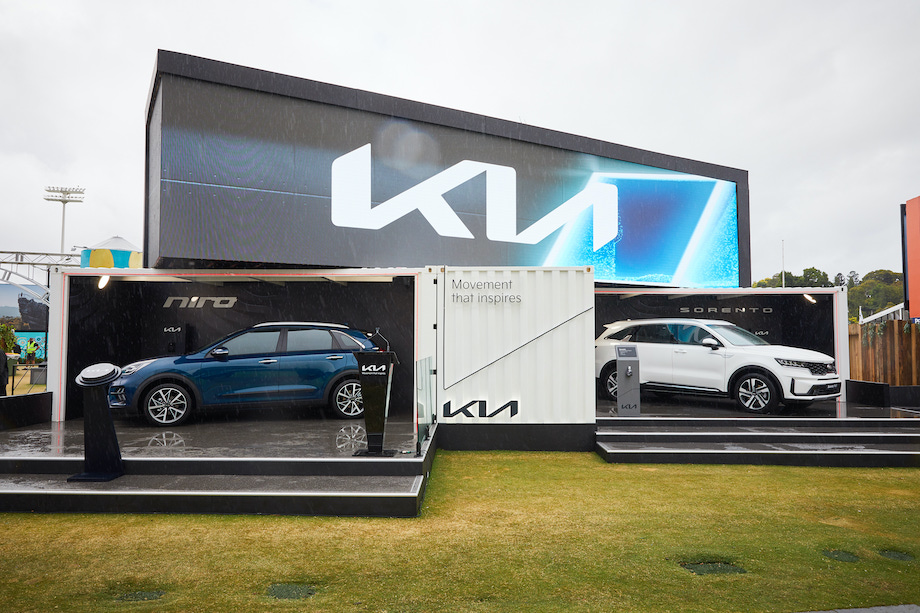 In one of the longest sporting partnerships in Australian history, Kia is proud to celebrate its 20th anniversary as the major partner of the Australian Open in 2021. The occasion has been marked with the official Australian reveal of Kia’s new logo and a first-of its kind ‘Kia Morphia’ LED installation on display at the Grand Slam Oval developed in conjunction with Bastion Collective.

The launch of the new Kia logo celebrates the automaker’s bold vision and transformation for the future. The sleek new logo unveils a new brand direction and ethos ‘Movement That Inspires’, representing Kia’s ambitions to establish a leadership position in the future mobility market and its drive to become an icon for change and innovation.

A focus on inspiring customers as their mobility needs evolve, popularising electric vehicles and creating a tailored offering to meet the needs of the local Australian market are examples of this new brand vision in action.

As a result of the pandemic, considerable changes have taken place across both the event schedule and on-ground experience at the Australian Open in 2021. Kia has adapted its on- ground presence at Grand Slam Oval in the Melbourne Park precinct this year to bring their new brand evolution to life for not only tennis-goers but the wider broadcast and digital audience.

A first of its kind LED digital cube display playing a focal role for Kia’s Australian Open activation, the build consists of a 12-metre wide by 2.6-metre-tall screen and displays Kia’s new EV vehicles for the first time in Australia.

Kia Australia general manager of marketing Dean Norbiato said the shift in focus presents a unique opportunity for Kia to secure more engagement and interaction from tennis fans and the public across the Australian Open: “Putting the fan experience at the heart of our Australian Open experiential strategy has always been key, however with the picture looking a lot different this year we needed to cater for the bigger digital and broadcast audience, which actually could mean more eyeballs than ever before.

“Our Kia-Morphia installation is the first thing that grabs your attention when you visit Grand Slam Oval at Melbourne Park and possesses organic share appeal, which helps carry the new brand reveal further.”

The ‘Kia-Morphia’ installation and a collection of Kia’s EV vehicles will be on display on Grand Slam Oval at the Australian Open until Sunday 21 February.