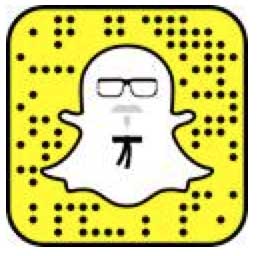 Today, KFC launches its first Snap lens in Australia to celebrate the end of the summer of cricket, and thank fans who enjoyed the Cricket season, both at games and at their own Home Cricket Grounds (HCG).

Created by Ogilvy, Sydny, KFC’s Snap lens features the iconic Buckethead, which spins when a cricket fan activates the ‘open your mouth’ trigger in Snap. Flying chicken also explodes into fireworks, adding to the fun.

The voice of KFC’s summer campaign, NOVA’s Wippa continues the theme of commentating your summer HCG, with special commentary over the Snap lens to help unite fans sitting at home watching KFC’s BBL Final and those at the game. Select snaps will be featured on KFC’s Twitter handle throughout the Final.

Says Catherine Tan, chief marketing officer for KFC: “This is the first time we have created a Snap lens in Australia for KFC, to coincide with the KFC BBL Final. We hope this will bring a new kind of joy to customers, employees, cricket and non-cricket fans alike – who doesn’t like fireworks and flying chicken.

“The new Snap lens will be available today (28 January) and will give all Aussies the opportunity to celebrate the end-of-season in true KFC style.”

Says Shaun Branagan, group creative director, Ogilvy Sydney: “With the new Snap lens, fans now get the choice of wearing a virtual bucket or a real one. The virtual bucket, however, does not provide any sun protection.”

Cricket fans have visited local stores around cricket grounds to source Bucketheads since 2005. Bucketheads gained momentum during the 2013/14 Ashes series when KFC turned all its buckets Green and Gold. The demand for buckets has grown each year and over the 2016/17 KFC Big Bash, KFC handed out a quarter of a million buckets to fans at stadium and restaurants across Australia.

Bucketheads have become so synonymous with Cricket that this year even The Colonel appeared prominently on all ground signage across the Big Bash, proudly wearing a bucket. Through Snap, cricket fans can join The Colonel wherever they’re watching the Final.

KFC is a Gold Partner of Cricket Australia, a partnership that started in 2003, and will continue to hold the naming rights to the KFC T20 International and T20 Big Bash League.

Add @KFCAustralia on Snap with the Snapcode below: