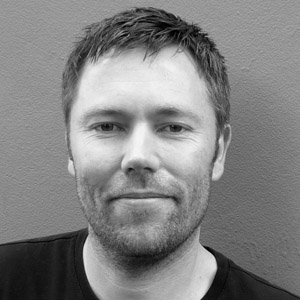 JWT Sydney has announced the appointment of one of Australia’s most recognised and awarded creatives Simon Langley, as executive creative director. Langley’s appointment is effective immediately, following the departure of former ECD Mark Harricks.

Prior to a stint last year with a marketing start-up in the product and innovation space, Langley was most recently executive creative director/partner at 303Lowe, steering the agency through one of its most successful award runs ever and spearheading some of Australia’s most recognised and award-winning campaigns.

Langley will lead an established creative team with the immediate responsibility for overseeing all creative output across JWT’s Sydney office.

Says John Gutteridge, CEO JWT Australasia: “Langley’s creative achievements combined with his passion for innovation are a natural fit with the future vision we have for the business. He’s also a guy that genuinely cares about people and recognises the positive influence a good culture can create.

“Simon joins JWT at an exciting time of high energy and growth. I love that Simon has a reputation for being relentless in his pursuit of great work. He also has a modern mind, which I think is critical when it comes to solving problems for brands today.”

In the 2009 Won Report, he was the 6th most awarded CD in the world before moving to 303 Group in 2010. Langley replaces Mark Harricks who is leaving the agency to pursue other opportunities after three years.

Says Langley: “It’s great to be joining JWT at a time of real momentum and change. The newly appointed management team is young, energetic and has a vision that I share and can’t wait to help bring to life. My role will be to build on this momentum and cement JWT as a standout creative agency in the region.

“I’ve always believed in doing your best work on your biggest brands, and with one of the best client lists in the country, there will be plenty of opportunities to do just that. I can’t wait to get started.”

Langley’s career has included three years at AMV/BBDO London and more than six years at BMF Sydney, where as CD, he helped steer the agency to B&T Agency of the Decade and multiple Agency of the Year titles during a period of exponential agency growth.