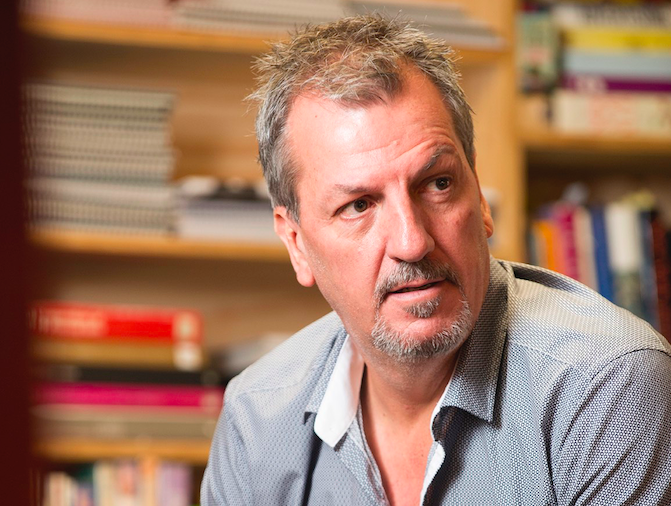 Adelaide-based creative agency JAMES has won Round 3 of the 2020 Siren Awards, having been awarded top spot in the single category and the overall win for the commercial “Uncomfortable Cough”, which was produced for the Primary Health Network.

Creative director James Rickard (pictured above) from JAMES and sound engineer Scott Illingworth from sound studio Seeingsounds brought the ad to life using dramatic audio storytelling with the purpose of shining a light on immunisation. In the commercial, a compassionate voiceover is cut through with the confronting sound of a child coughing uncontrollably, which evokes empathy and captures attention.

In executing the ad, the duo embraced the medium of radio as a place to share compelling stories and show creative freedom in a way that puts the well-being of children at the forefront of messaging and forces the audience to  take notice.

Of the important message behind the ad, Rickard said: “I wanted to leverage the universal truth, ‘a child’s safety is paramount’, against the fact adults were failing to get immunised and worse still, were endangering children as a result.

“I doubt any parent would be able ignore that terrifying cough, and not be moved by it.”

Illingworth also received a highly commended acknowledgement in the craft category for his work on the commercial.

The work of creatives Ben Clare and Michael Dawson from agency Emotive on the “Foolproof” series of ads for online betting and entertainment website Sportsbet, secured them the win in the campaign category (three ads or more). The “FOOLPROOF” campaign plays homage to the Sportsbet larrikin persona with a comedic juxtaposition of fake ads and a no-nonsense, irreverent counterpoint.

Southern Cross Austereo took the win in the craft category for the Beyond Blue ad “The Loop”, in which sound engineer Chris Gates cleverly uses a crescendo of looping vocals to produce a realistic portrayal of an internal struggle with anxiety. The ad has been an ongoing success for creative agency Clemenger BBDO Melbourne, as it was previously awarded the single category and overall win in Round 2.

Says Joan Warner, CEO, Commercial Radio Australia: “Our congratulations go out to the talented winners of Round 3 of the 2020 Siren Awards. We continue to be amazed by the exceptional quality of Siren Awards entrants and this latest round of winners and highly commended applicants truly exemplify creative excellence and showcase the value of effective radio advertising.”

The Siren Awards, overseen by Commercial Radio Australia, celebrate the best of radio advertising. Judging for the awards runs across five rounds and is undertaken by the Siren Creative Council – a panel of industry experts, made up of creative directors from leading ad agencies.

The 2020 Gold Siren winner will be announced in May 2020, with the winner being awarded a trip to the Cannes Lions International Festival of Creativity. Silver Sirens are awarded in each of the three categories: single, campaign and craft. In addition, there is also a client-voted award with a $5000 cash prize, which is presented to the writers of the ad voted the best by a panel of clients.

Round 4 of the 2020 Siren Awards is currently open, with entries closing on 9 November 2019. Browse the Round 3 2020 winning ads here or at www.sirenawards.com.au/ and visit the Siren Awards on Facebook.