Jalna: A little pot of purity 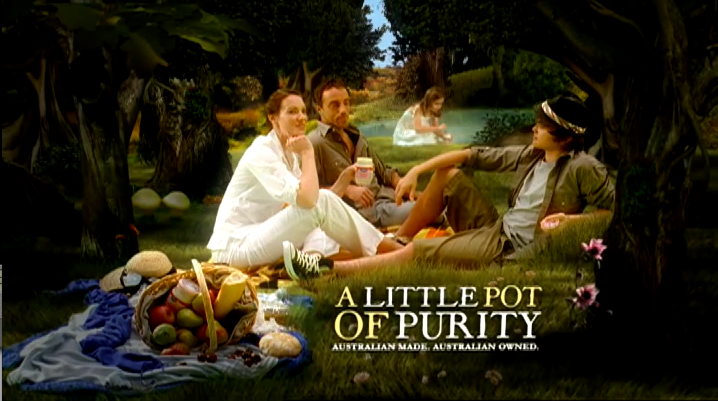 Jalna, via Sydney duo Geoff Wilson and Grant Booker – have developed a campaign that positions itsyoghourt as the purest in the market.

The campaignlaunches on Celebrity Masterchef with a 30-second TVC as well as onlinebanners. Press and outdoor willfollow.

The animated TVC,which took 3 months to produce, was completed at fin after initial planning by GeoffWilson and Christine Blackburn of Red Spider.

Says Costa Tsaconas, sales manager at Jalna: “Our whole range of yoghourts are different than most other brands because they’re all pure yoghourts made the traditional way. And we believe the best way. So it was important that the advertising demonstrated that our product was different than the sweeter, snack food varieties. And we’re confident it will continue our impressive growth trend.”

Adds Geoff Wilson: “When you have something as unique as Pot Set it makes our job a little easier.”

“And working directly with the Principals of Jalna certainly made the job easier,” says Grant Booker.