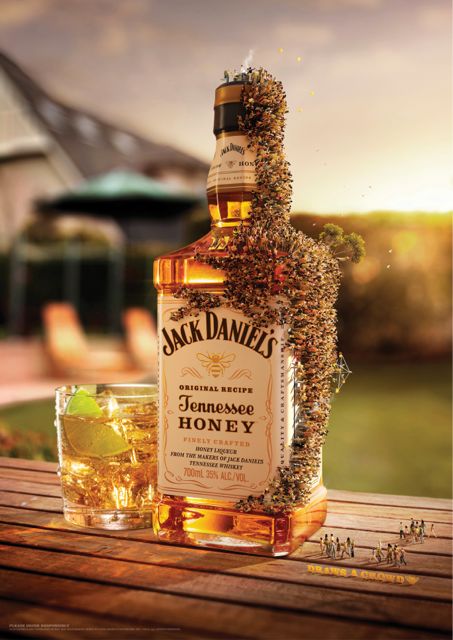 Arnold Furnace has launched its new campaign for Jack Daniel’s deliciously drinkable variant, Tennessee Honey.  A sociable drop best enjoyed at the start of the night and perfect for getting the party started.

The campaign utilising print and digital is an educational one with a creative twist, showing the bottle, its sociable side, and how and where to typically enjoy it.

In the US Jack Daniel’s Tennessee Honey launched with the strapline ‘A little bit of honey a whole lot of Jack’ and although this is strong in other markets, it didn’t resonate as well with the consumers in Australia. So, following in-depth research into the category and brand, Arnold Furnace created what they believe perfectly captures the aspirational party spirit of the drink while educating consumers on how to drink it. 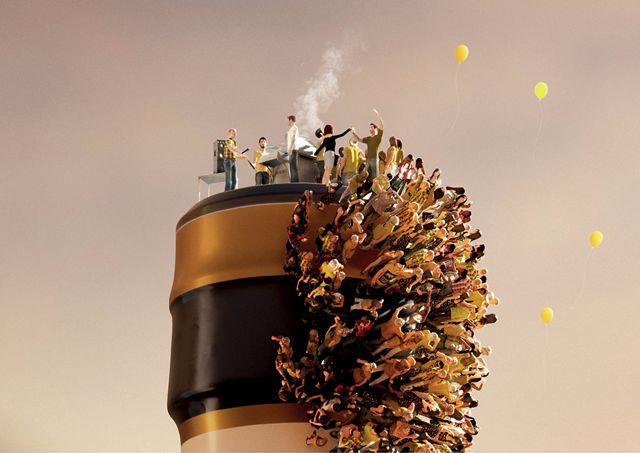 The creative spark for the campaign came from the unlikely similarity between a crowd of people and a cluster of bees at a particular distance, scale and colour.  Each execution features a huge pack shot that appears to have attracted a swarm of bees as if to a honey pot.  However, on closer inspection you soon see that they’re not bees at all but hundreds of party goers kicking the night off in 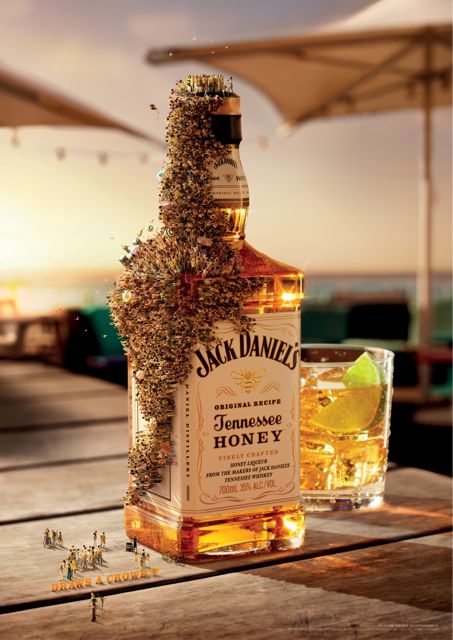 style.  All summed up by the line ‘Draws a crowd’.

Says Tom Spicer, ECD, Arnold Furnace: “Massive product shot, tick. Consumer education on how and where to enjoy the product, tick. Creative idea, tick. Pithy endline, tick. It’s not often an ad has to be so hard working but still manages to deliver its message with humour, style and simplicity.  Of course what is conceptually simple isn’t always simple to produce – hats off to Steve and the crew at Cream for painstakingly working their 3D magic. There’s more detail in there than you can shake a stick at (and a prize for the first person to spot Jack).” 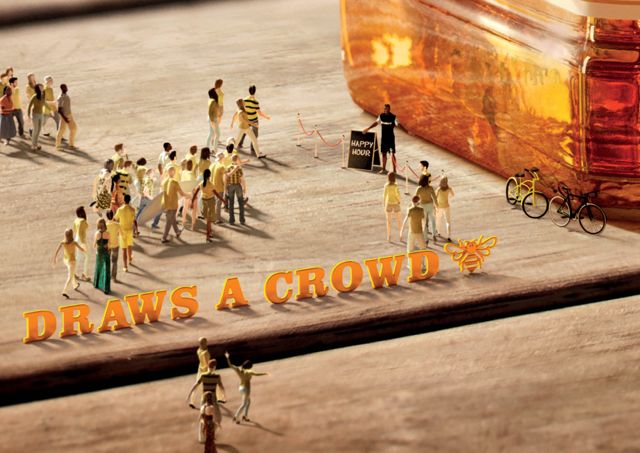 ‘Draws a crowd’ creative campaign. We believe it answers what was a tricky brief with a lot of demands, requiring both educational and emotional messages for our consumers.  The surprise and delight that the “bees” concept delivers is spot on for the Jack Honey personality whilst the background tones, refreshment cues and the richness of the ‘Draws a crowd’ message is great for the more sociable member of the Jack Daniel’s trademark.  Another outstanding job from Arnold Furnace and a clear case of a very happy client!”