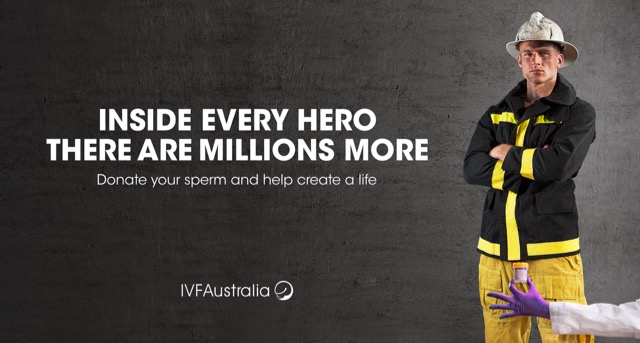 IVFAustralia and Melbourne IVF, part of Virtus Health, want to appeal to the Aussie man’s inner hero and encourage them to donate their sperm in a new digital campaign from Core.

Using the tagline ‘Inside every hero there are millions more’, the independent Sydney creative agency has developed the ads featuring a group of emergency service workers including fire fighters and surf life savers. 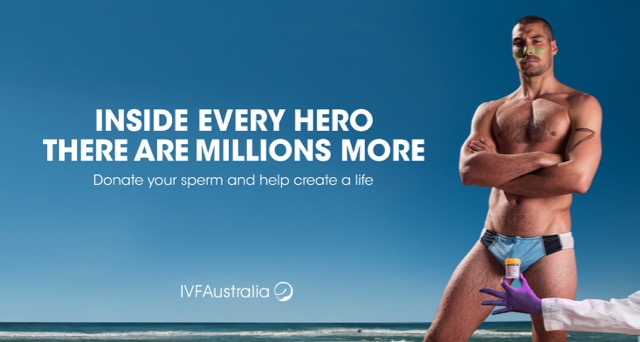 The selfless nature often associated with an emergency service worker, who devotes their life to saving the lives of others, is also required of the men who volunteer to become sperm donors. Only instead of saving lives, they are helping create lives.

IVFAustralia and Melbourne IVF are part of Virtus Health, the leading fertility services provider in the country with over 100 fertility specialists and more than 1,000 nurses, scientists and counsellors responsible for the creation of over 50,000 Australians over the past 30 years.

Core has been working with IVFAustralia since 2012, and this latest campaign will run across social media channels that will target men. Sperm donation in Australia is an altruistic act, and there is currently a shortage of donors across the country. The reasons for people needing to access donor sperm are varied, and include heterosexual couples having difficulty conceiving because of a male reproductive issue, single women and women in same sex relationships.

Says Christian Finucane, creative partner at Core: “We’ve been working with IVFAustralia for a number of years and it’s great to get this new campaign out there to help drive sperm donation. We had great fun coming up with the campaign, and it’s testament to our collaborative relationship that they back this kind of creative work.”

Says Peter Illingworth, medical director IVFAustralia: “Through our partnership with Core on this campaign we’re seeking to appeal to the altruism in Australian men and their willingness to help someone out when they need it, in this case that’s people who would not otherwise be able to start or grow their families.”