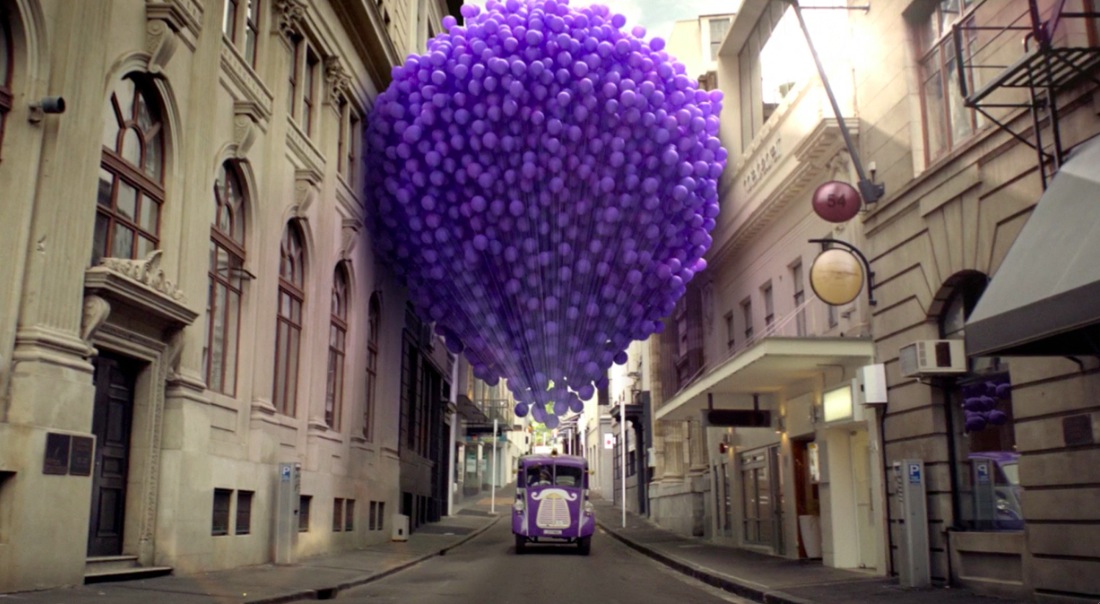 CB Exclusive – In the next chapter of the Joyville story, Cadbury Dairy Milk will launch a brand new TVC on Sunday via Saatchi & Saatchi, Sydney, highlighting its new promotion that promises to be every chocolate lovers dream.

When the competition opens on February 4, Australians have the opportunity to pop a virtual balloon on the Joyville website and find out if they have won one of 42,000 instant prizes or if they are one of the lucky six people who will see their own personal idea of joy brought to life in chocolate. 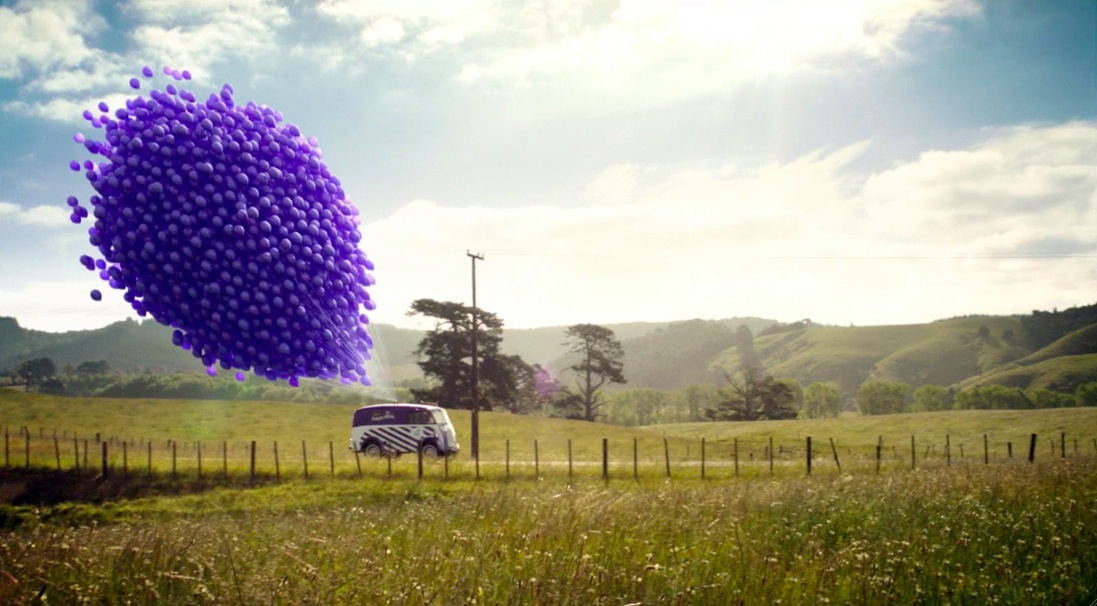 For the first time in Australia, generous-sized chocolate sculptures will be delivered to the winners in a unique celebration of joy coordinated by experiential agency Wonder. Not only will the chocolate creation be delivered by mythical Joyville workers, it will also be transported in the wacky Joymobile, complete with a playful moustache and purple and white candy stripes.

The creative idea for the Joyville Special Delivery promotion and supporting launch TVC was conceived by Saatchi & Saatchi. Filmed in New Zealand, the 30 second launch TVC captures the excitement, surprise and magic behind the promotion, providing a taste for the incredible range of possibilities winners could receive.

The TVC goes to air on Sunday 3 February and follows the quirky Joyville driver in his Joymobile as he makes his journey to deliver three different chocolate creations, towing fifty thousand purple helium balloons behind him. 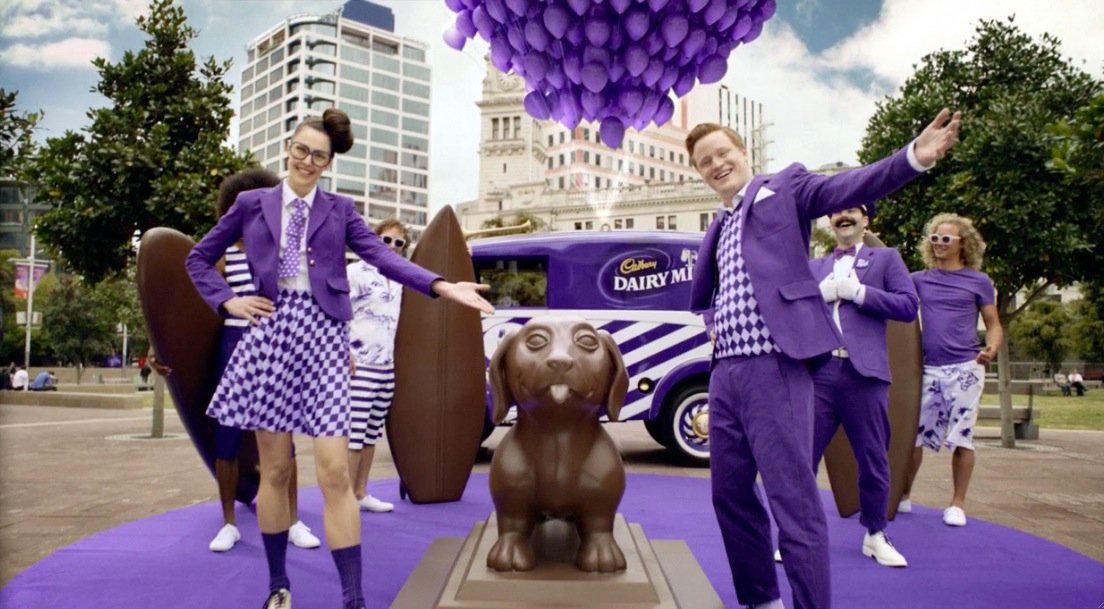 The driver enthusiastically squeezes his massive bunch of floating balloons under a bridge and in between two tall buildings, hearing them pop out the other side with a humorous sound.

Once at his destination, the driver opens the back door of the Joymobile to reveal Joyville surfers bouncing out with life-sized chocolate surfboards. Joyville dog trainers then present a giant chocolate sausage dog, before an archaeologist cheerfully steps out revealing a huge T-Rex!

Live content will also be filmed at selected special deliveries to form the basis of 15 second TVC’s that will go to air from Sunday 3 March. Footage from special deliveries will be available to view online at the Cadbury Facebook page.

The digital approach for Joyville Special Deliveries centres around providing an engaging experience to encourage customers to enter the competition online, while maintaining the fun and joyful spirit of Joyville. Visual Jazz Isobar developed the TakeYourPop entry mechanic for the Joyville website which sees a virtual balloon filled by your own joy launched and entering a room full of other joyful moments before being popped to reveal the winners prize.

Visual Jazz Isobar also optimised the Facebook competition for mobile in order to broaden reach and engage with mobile users.

Says Wicks: “The Joyville Special Deliveries promotion is a unique and generous concept that is all about recognising and celebrating what brings real people joy.

In addition to six people winning the ultimate chocolate lovers dream, 1,000 blocks of Cadbury Dairy Milk will also be given away every day for 42 days.