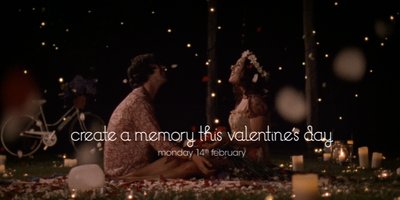 The Sphere Agency has rolled out its first work for new client Interflora with a campaign set to cover national television, radio and extensive point-of-sale in time for Valentine’s Day.

The international flower and gift relay service with over 1200 members across Australia turned to Sphere to provide strategic and creative direction for the brand, and the agency has repositioned Interflora by breathing new life into one of the world’s great heritage brands.

With a strong track record of aligning brands with music artists, TheSphere Agency bought on board Australian indie songstress SallySeltmann to the project. She wrote and recorded the track ‘You’reAlways’ for which a beautiful video clip was shot by acclaimed directorKiku Ohe, who has worked with artists such as Angus & Julia Stoneand The Presets.

The song will be a legitimate release, but in a unique creativestrategy, the clip will be cut into a series of 30 second televisionspots that will coincide with various seasonal events, the first beingValentine’s Day, with that spot going to air this week.

Sphere Managing Director Michael Abdul said, “We identifiedInterflora’s need to be more relevant to the contemporary audience, andwe saw an alignment with music as a great way in. At the same time wewanted to reposition the brand so it could create an emotionalconnection with our target and the new positioning ‘More than words’emphasises the power of flowers to perfectly express feelings for alloccasions while building on Interflora’s ‘Say it with flowers’heritage.”

“The other message we’ve added into the campaign, which not onlyencompasses the television but also the extensive point of saleroll-out, is ‘Create a memory’,” added The Sphere Agency’s CreativeDirector, Darren Fishman. “We wanted to portray that flowers are notjust a gift for now, but they build a powerful connection between thegiver and receiver, and this is perfectly illustrated in theValentine’s Day television commercial.”

Anna Chalabarczuk, Interflora Australia Marketing Manager said, “Thecampaign that Sphere has produced is so different to any other I’veseen before.  The best way to describe it all is ‘beautiful’ but not inthe traditional way that many people may expect from our brand, but ina more contemporary fashion. I’m confident it will contribute to usachieving our objectives in terms of how we’d like the brand to beperceived in the marketplace, while at the same time giving our membersmore reasons to be proud of being a part of Interflora.”