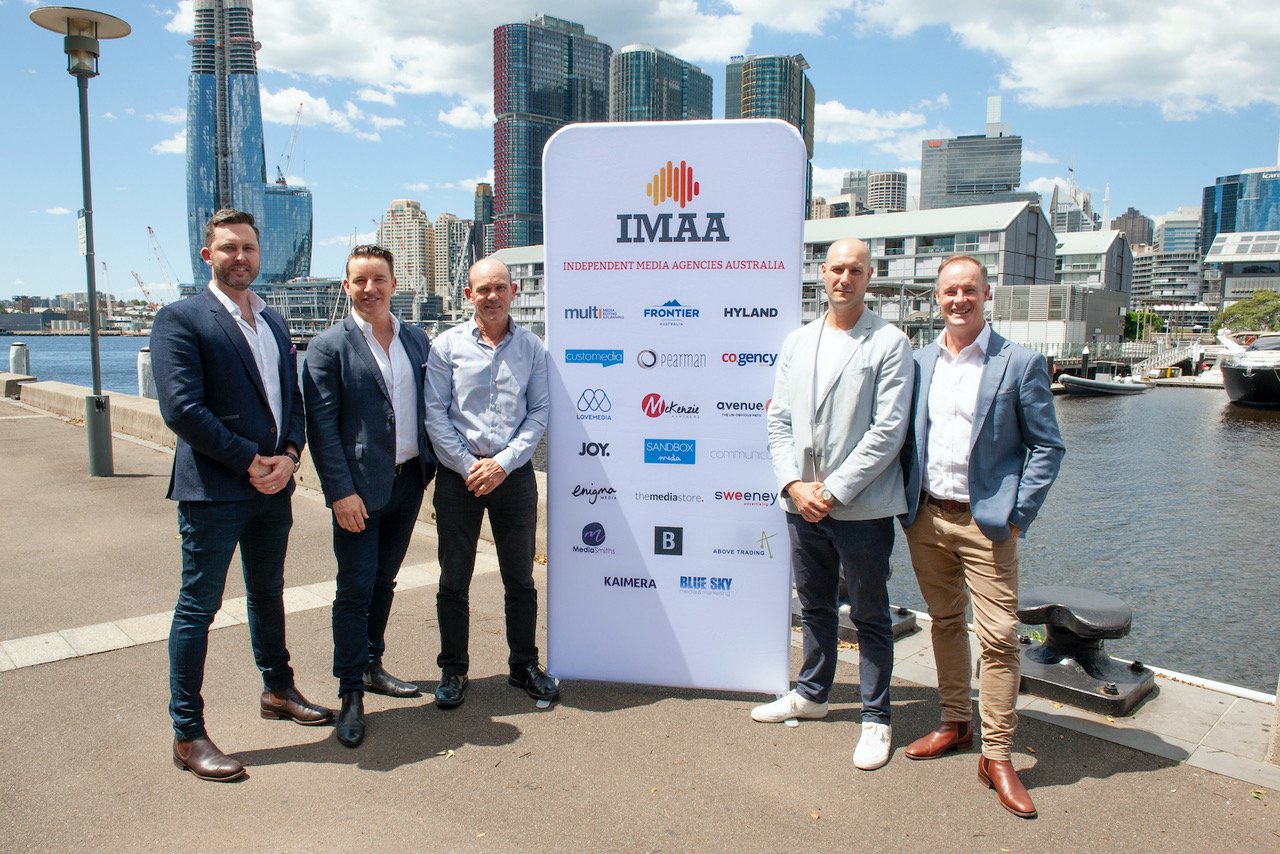 The founding IMAA members, Dominic Pearman from Pearman Media; Ant Colreavy from Sandbox Media; Dan O’Brien from Frontier Australia; Nick Behr from Kaimera and Sam Buchanan from McKenzie Partners, will comprise a five member management committee for the first year. The management committee will rotate with other members annually. Dominic Pearman is the Chairman of the IMAA.

Says Pearman: “One quarter, or more than $2.5 billion in advertising expenditure, is represented by Australia’s independent media agencies. Collectively, we act for some of Australia’s best-known brands and our agencies are led by industry experts and leaders.

“There are many benefits for advertisers to work with independent media agencies, one of the most important being the depth and longevity of experience they provide and staff consistency and stability. We are business owners working within the business. The IMAA will provide the independent sector with a louder, unified voice to educate the industry and demonstrate the great work we do and help grow the Australian economy.”

To be eligible to join the IMAA, independent media agencies must be 100% Australian owned, be in business for more than two years or must be in the industry for more than 10 years, and show evidence of respect for Australia’s media owners. Members receive a range of benefits including a formalised network of industry leaders, a code of conduct, staff training, pitch support and IMAA certification.

Thirteen of Australia’s media owners have pledged their support for the IMAA and will be involved in learning sessions, insights briefings and management meetings.

Says Pearman: “Independent media agencies pride themselves on strong, respectful and open and transparent relationships with media owners. We work collaboratively and are strong supporters of the local media market. We are delighted that 13 media owners will support the IMAA and its charter.”

The IMAA will be actively involved in the industry and has several initiatives planned which will be announced shortly.

Further information is available at: https://www.theimaa.com.au/