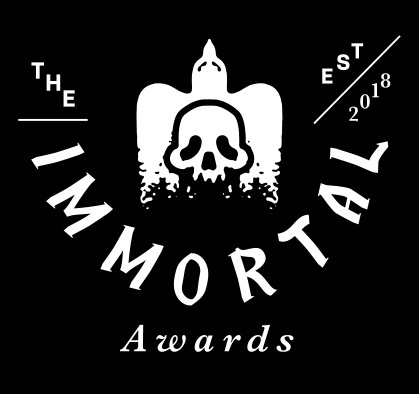 The winners of the 2019 Immortal Awards have been announced and just four projects have been crowned Immortal by this year’s jury. Whilst Australia has not received any winners or commendations, The Monkeys has been named Australian Agency of the Year, followed by M&C Saatchi Sydney and DDB Sydney.

The 74 piece shortlist was whittled down by this year’s world-class panel of jurors to just four Immortal winners and 13 Commendations, following an intense day of discussion and debating.

The winning projects were chosen at the final round of judging, held at MPC in New York on Friday 15th November.

Three of this year’s Immortal winning projects hail from the US, with the fourth coming from the UK. Amongst the Commendations are projects from Canada, Israel, Sweden, The USA and the UK.

By receiving a Commendation, Lil Nas X – ‘Old Town Road’ (ft. Billy Ray Cyrus) becomes the first ever music video to pick up an award in the history of the Immortal Awards.

Despite a 36% increase in entries for 2019, this year’s jurors matched the ruthless high standards of the inaugural Immortal Awards jury who similarly awarded just four Immortal Awards and 12 Commendations.

With every single entry into the Immortal Awards scoring points, the results of this year’s Immortal Awards, as well as last year’s, can be viewed on the League Table of Creativity. The League Table has been designed as a useful tool for anyone who seeks to find out the most creative companies in the world across both network level and company level with the ability to focus on yearly results and local regions and cities.

The global League Table rankings for 2019 are as follows:

Says Matt Cooper, founder of Little Black Book: “We have seen the Immortal Awards go from strength to strength since it launched last year. We’re delighted at the huge increase in entries which will help fuel our global League Table of Creativity and are excited to share this with the world. The judges this year were passionate about what we are trying to achieve with this show – an unbiased global celebration of creativity that will help everyone in our industry work to the highest standards. Congratulations to the many companies credited on this incredible work.”

Says Paul Monan, Awards director: “A huge congratulations to everyone involved in the four Immortal winning projects and the 13 Commendations. The standard set last year was adhered to by this year’s jury, who were ruthlessly tough during the debates and discussions. Despite the strength of this year’s shortlist, the number of Immortal winning projects is just four, demonstrating how tough it is to win an Immortal award. A big thank you to this year’s jury for their insight and we’re now looking forward to touring the winning work in our Immortal Awards Showcase series.”

The full list of winners for The Immortal Awards 2019: