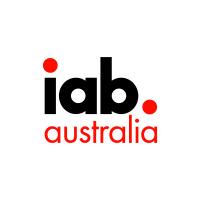 According to the study, “The Changing TV Experience: Attitudes and Usage across Multiple Screens”, which was conducted by VisionCritical for IAB Australia, second screening is now second nature and that streaming content has very strong momentum.  The report found that 71 percent of Australian consumers’ multiscreen while watching TV on a daily basis, predominantly using their smart phone as their second screen.  The data also showed that 70 percent of those who have purchased a smart TV in the past three months are streaming content weekly or more often.

Worryingly for broadcasters scheduling sport and reality TV, the research found that these two formats do not necessarily hold the attention of consumer.  Among multi-screeners just 37 percent of those watching sport give their full attention to the TV; 38 percent say their attention is on their second screen and 25 percent say their focus is half and half. The results are comparable for reality TV views, with just 36 percent giving the TV show their full attention.

The research suggests that marketers and publishers should take advantage of the second screen possibilities to deliver additional content to consumers related to the sports or reality shows being shown.

By contrast, consumers watching serious shows are more focused, with 61 percent reporting that they given their full attention to news shows without multi screening; while 53 and 55 percent watch only the TV for current affairs and documentaries.

Says Manners: “Despite our ongoing love affair with big screens at home, the TV viewing experience has undeniably broadened beyond the living room. With this transformation to a multiscreen video experience we now have more eyeballs, more engagements and a wealth of new opportunities for marketers to reach their audience no matter how they are connected.”

The research compares favourably to recent studies conducted in the US by IAB, which found generally speaking the USA is a more developed market in terms of streaming compared to Australia, and that there is higher incidence of smart TVs and smartphones in Australia relative to the USA.

Highlights of “The Changing TV Experience: Attitudes and Usage across Multiple Screens” can be viewed here.

The report was conducted by VisionCritical for IAB Australia. More than 1000 online interviews were conducted amongst a nationally representative sample of Australian adults aged 18+.