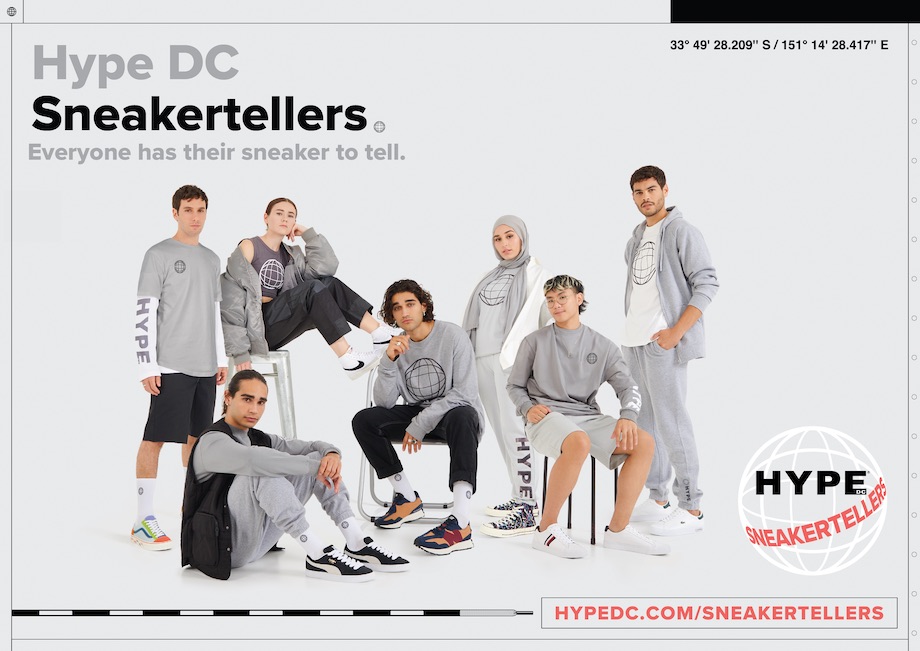 Hype DC has today launched the Sneakertellers campaign via Melbourne advertising agency TABOO, celebrating sneaker culture in Australia and New Zealand by encouraging enthusiasts to share their sneaker stories and memories – because everyone has a sneaker to tell.

The campaign brings together a collective of influential sneaker lovers within the Hype DC community of artists, musicians, athletes, designers and creators to tell their personal stories of style, creativity, and obsession.

Says Liam Robson, head of Hype DC, Accent Group Limited: “Young Australians and New Zealanders have a strong sense of connection with their fashion and sneakers often form a big part of their identity.

Says Nawal Sari, Sneakerteller and Converse representative: “Sneakers are a powerful means of self-expression and they play a huge role in my style. I’ve really enjoyed sharing my sneaker stories as part of Hype DC’s Sneakertellers campaign.”

Sneaker lovers can head to HypeDC.com/sneakertellers to check out each Snearketellers’ story, with unique digital content released throughout April and May alongside a curated collection of sneakers from the best brands in the world including Nike, New Balance, Puma, Converse, Vans and Dr. Martens.

The Sneakertellers campaign was conceived in collaboration with TABOO. Hype DC appointed TABOO as its creative agency last year, via competitive pitch. The partnership launched the ‘Wish Upon a Sneaker’ Christmas campaign, also shot by Byron Spencer.