How would your agency market Julia Gillard? 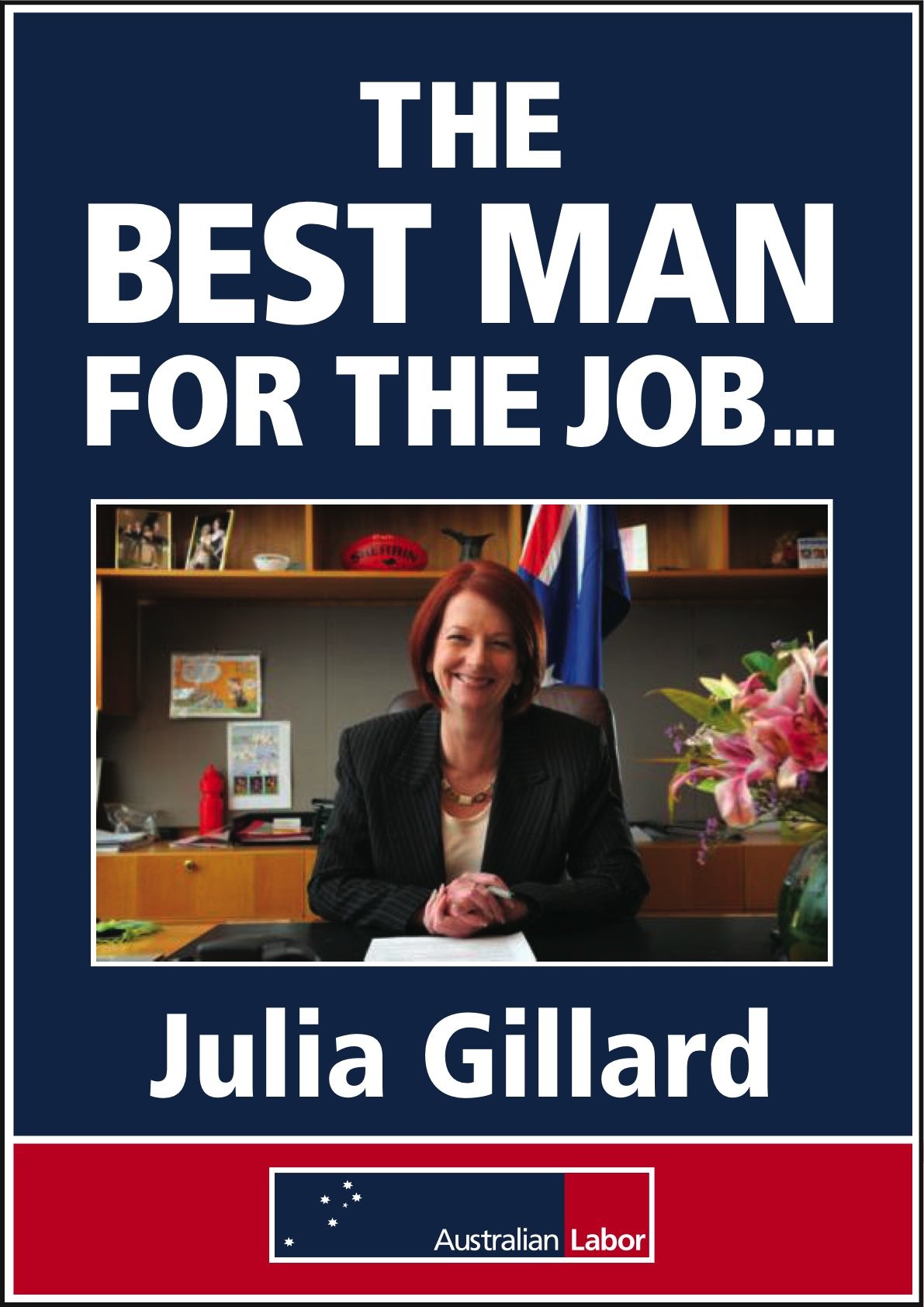 When The Age approached several Melbourne advertisingagencies to comment on how they would sell Julia Gillard  for the next election, adland delivered a tasterof what’s to come as we near an election. Among the commentators was The Sphere Agency’s creativedirector, Darren Fishman, who mocked up the campaign pictured left, featuring Gillard as “The Best Man for the Job”. We felt that gender would be an issue that would sway somepeople, even if that’s just on a subconscious level, says Fishman, when CB asked him to explain his approach. “It’s something we thought you couldn’t get away from as many people might vote for her because she IS a woman (judging from the reaction to her becoming PM), while some may alternatively vote AGAINST her for the same reason. So we came up with something that we believed tackled both sides of the argument,” he says. 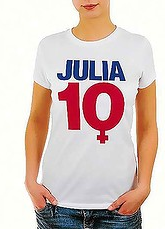 Fishman’s advert plays on the expression, ‘The best man for the job is awoman’, hopefully creating appeal to the femalemarket on that level.

“At the same time, for people who might not feelcomfortable with a female in the top job, the line ‘The best man for thejob…’ we feel works to convince them that regardless of gender, Julia Gillardis the best person to fill the position,” he says. “Whichever way someone might take it,the headline works well to attract the attention and talkability any campaigndesires.”

Julia10 is the idea put forward by Ben Coulson, ECD at George Patterson Australia (pictured left). He told The Age that Gillard’s the most exciting personality in politics since Bob Hawke.

“Hewas replaced by the slickest Italian-suit-wearing politician we’ve ever known,who got replaced by an uber-nerd, and he got knocked off by an uber-nerd whospeaks Mandarin. So it’s been a very long time since we’ve felt any kind ofaffinity to a person who is, as well, a politician.”