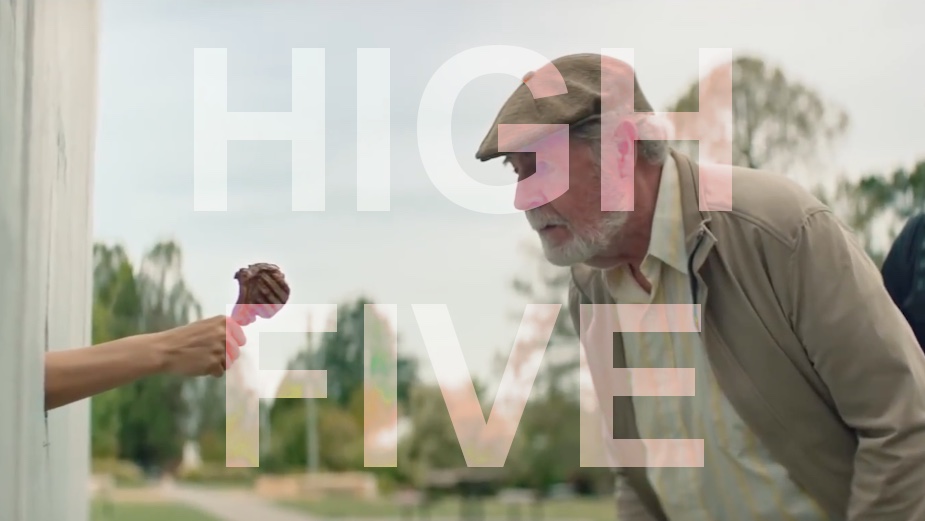 Aussie expat Jason Romeyko is a curator of stories across multiple platforms. Forged as a writer at Saatchi & Saatchi in 1993, he spent 23 years bouncing around the world before joining the Munich-headquartered Serviceplan Group in 2016 as worldwide executive creative director. Since then, Jason has continued to add to his awards cabinet, and devised the philosophy of ‘ÜberCreativity’, which he describes as ‘a higher form of innovation, which happens when diverse disciplines, talents, cultures, media and technologies collaborate and interplay in real-time.’

Despite many years of working abroad, Jason passionately follows and applauds the work made Down Under. As budgets are not as generous as other markets, for years the Australian advertising and production industry excel at bang-for-buck brand building which generates big conversations. As someone who speaks seven languages, Jason thankfully chose English to share with us his five favourite pieces of Aussie work from the last few months…

There is nothing more Australian than helping a mate out. That is exactly what this product does in these pandemic times. Both the idea and ad are straight-up engaging. “It’s great for charity. And your garden. But mainly for charity”. So far, I have used this piece as my opener for all speeches in 2021. Bloody excellent.

At the beginning of the worldwide lockdowns, I advised many clients to keep advertising. Consumers will never remember clients who saved their budgets but will always revere the brands who stayed by their side in difficult times. Tourism New Zealand live that winning spirit in this fabulously engaging integrated digital campaign. Rightfully, a major award winner and contender.

I am always on the look-out for top notch media ideas. There is nothing smelly about this sponsorship piece. I wish we had done it.

When it comes to comes to products, services and messages that are intangible, I always applaud the work that’s makes it visceral for consumers. I do not know how these consumers would have walked away untouched.

Despite drastically reducing my meat consumption, almost nothing will keep me away from roast lamb- not even a date with Tom Cruise (local ‘in-joke’ – probably now more of a ‘Dad joke’). Each year upon year, the epic Lamb Board’s spots surrounding 26th January just keep on giving. These commercials have eclipsed beer advertising in terms of fun and Aussie humour. #istillcallaustraliahome