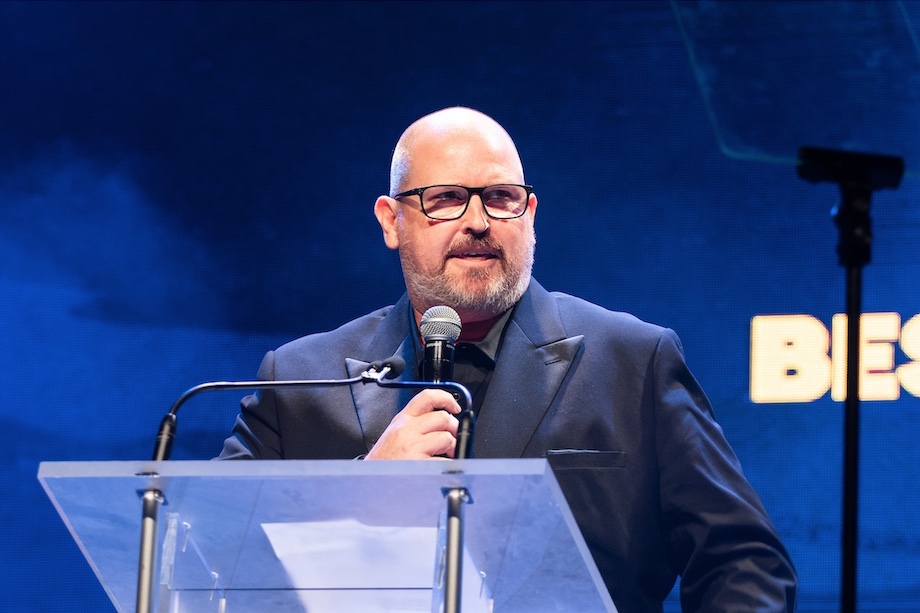 HERO has appointed Andrew Thompson to the role of ECD across its Brisbane operation.

Thompson, fresh from winning Best of Show (pictured) on Saturday night’s BADC Awards at which HERO Brisbane also collected a Gold and Silver for its work with Children’s Right Queensland, has a strong creative pedigree having won numerous Cannes Lions over his 20 year career. The BADC Best of Show was for Thompson’s recent work for the Australian Road Safety Foundation entitled Slow Down Songs, with its clever use of songs on the Spotify platform to geo-target drivers in school zones, encouraging them to slow down.

He has also helped to grow some of Australia’s most favourite brands including those for Nestle, Kellogg’s, Suncorp and Diageo.

Says Jeremy Bews, managing partner, HERO Brisbane: “We’re so looking forward to Thommo donning his cape and mask in the pursuit of bringing creative excellence to the forefront in the shape of HERO Brisbane. It’s an exciting time to be part of one of Australia’s top ranked independent agencies and Queensland is booming, so we’re poised and focused on delivering awesome integrated campaigns, that will stand out from the crowd – Thommo will be instrumental in leading the charge along with what I believe to be Brisbane’s top creative team.”

Says Ben Coulson, chief creative officer, HERO Sydney: “Thommo and I worked together in a previous life at Y&R, and what he achieved from Brisbane was incredible. I’m delighted to have him leading the charge up North, and also sharing his energy and creative firepower with our other National clients through our Borderless Creativity approach. His belief in the power of independent agencies is well- documented and his success in building brands is mighty impressive.”

Thommo added that he was excited to work with HERO founder Ben Lilley and chief operating officer James Greet: “The work that drives me every day delivers at the intersection of creativity, comms strategy and technology. With HERO assets at my disposal and people like Ben and Greety involved, I’m confident I can lead Queensland clients to new levels of creative effectiveness. I’m also delighted to team up with HERO CD Natalie van der Rijt who has an amazing style and aesthetic on all things Design. And of course Coulson provides the magic-dust that makes ideas even better.”

Thompson joins the agency as it moves into a purpose-built collaborative space in the Brisbane CBD, and will lead the agency with managing partner Jeremy Bews. He will work across a number of HERO Brisbane’s key accounts including Queensland Government, Brisbane City Council and Aveo.