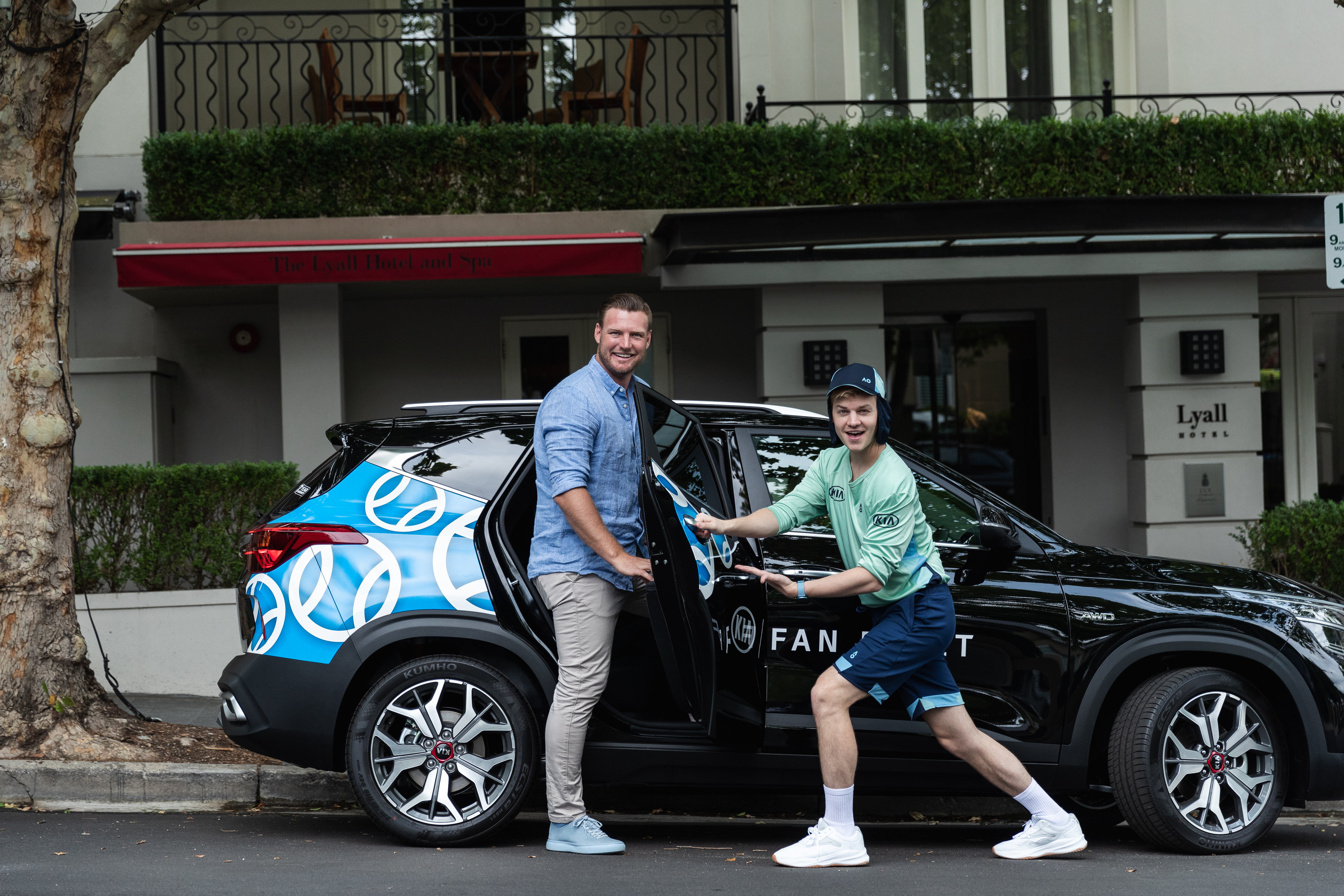 This year, Uber teamed up with major AO partner Kia to power the Kia Fan Fleet of 30 all-new sleek Kia Seltos vehicle​s. If cars were available some lucky Uber riders saw a Kia Fan Fleet icon appear on the Uber app offering them free rides to and from the AO free of charge. It was a fun upgrade for tennis lovers, alongside the wider Uber Fan Fleet which included UberX, XL, Comfort and Premier giving all fans a convenient way to arrive at this world-class event.

Working closely with both Uber and Kia, Hello Social scripted, directed and produced a content suite of video and photography to run across Uber, Kia and the talents’ social channels. 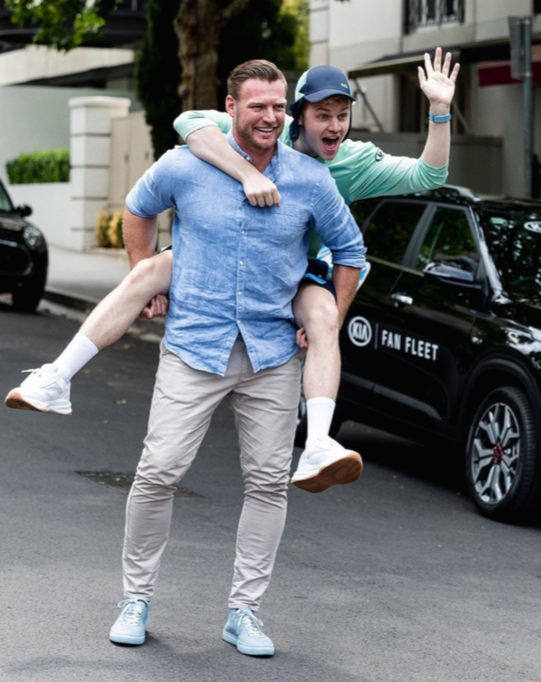 The cleverly devised strategy was designed to trigger media and PR opportunities off the back of the narrative. Major outlets picked up on Joel Creasy’s tale as a former ballkid where he claimed credit for Lleyton Hewitt and Kim Clijsters’s split after an on off court exchange with Kim.

Hello Social’s content featured Joel and Sam sharing a free ride in the Kia Fan Fleet via the Uber app to the AO. The campaign was deployed with targeted media buy to relevant audiences within Melbourne CBD and surrounding areas to hit AO attendees with the offer.

To further surprise and delight AO fans, Hello Social also managed a social activation where Uber followers were prompted to follow clues across Uber’s social channels. The social treasure hunt held on Sunday, January 26, resulted in fans scouring Melbourne CBD to find Joel Creasey in Federation Square and get the chance to win tickets to the tennis.

Says Sam Kelly, director of client services, Hello Social: “Uber is iconic for its clever sponsorship integrations and partnerships and this concept is no different. The Kia Fan Fleet provides a way for Uber and Kia to enhance experiences through a meaningful needs-based connection. By providing fans a surprise and delight experience in the form of a free ride we not only reward loyal Uber riders but also get to show off the new Kia Seltos first-hand. Our social lead creative featuring strategically sourced talent, backed by a geo-targeted media strategy has provided a fantastic platform to promote this clever initiative.”

The Kia Fan Fleet powered by Uber was on display for the duration of the Australian Open.

View the social video below: 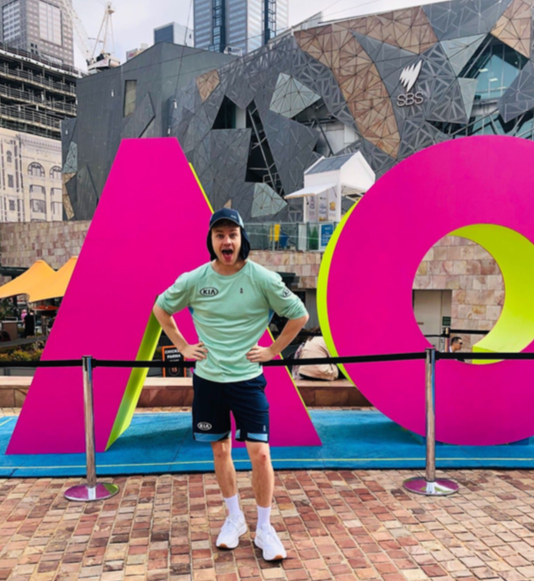