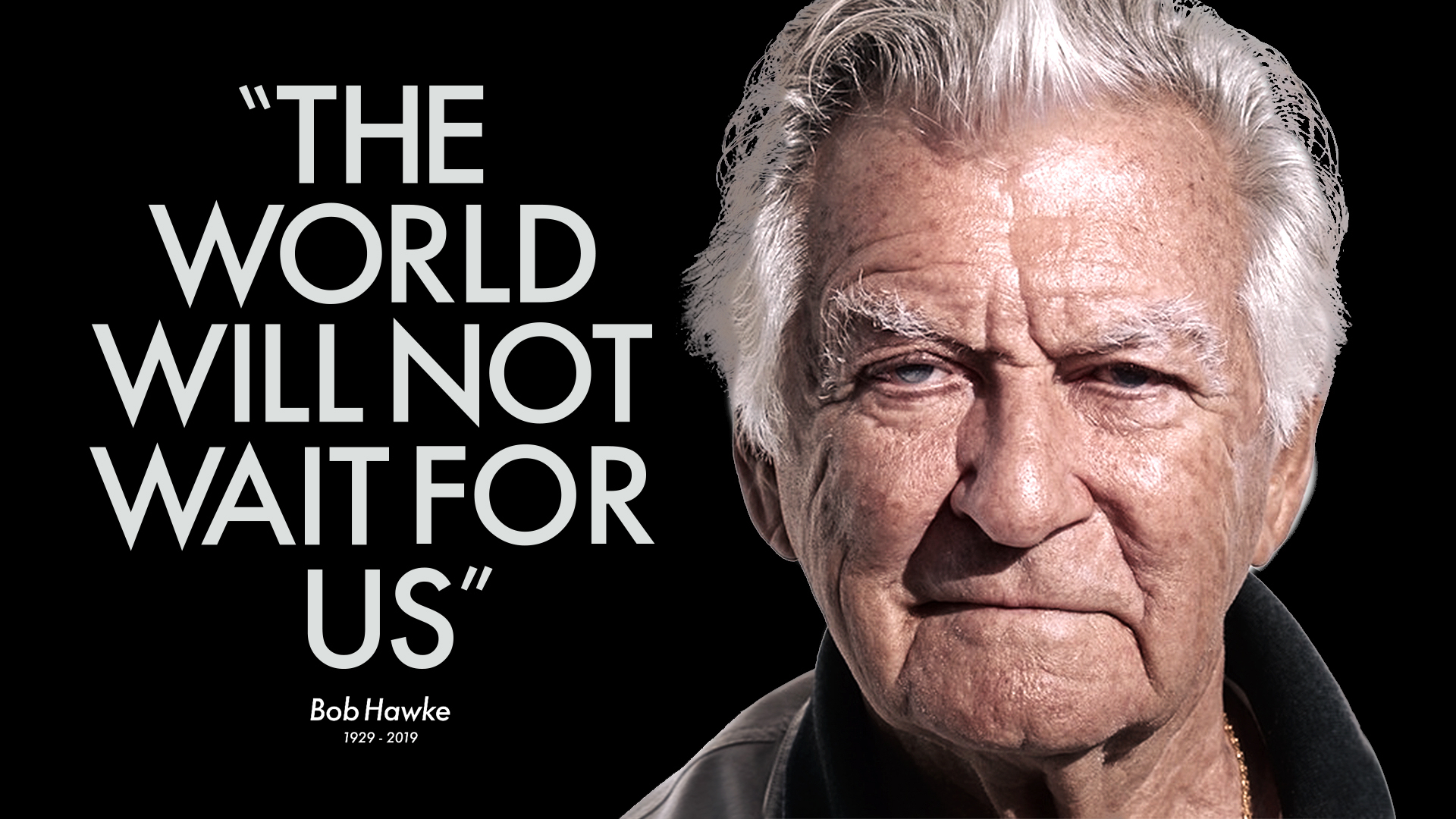 As the life of former Prime Minister Bob Hawke is celebrated during a state memorial service at the Opera House today, design, animation and visual effects house Heckler will also pay tribute to the iconic leader with a special Vivid display.

In memory of the much loved Labor luminary who died aged 89, Heckler will include a portrait of Hawke taken by leading photographer Nicholas Samartis, as part of its ‘Iconicity’ projection display which has been running throughout Vivid at the iconic Hollywood Hotel in Surry Hills.

The picture with accompanying Hawke quote: ‘The world will not wait for us’, Bob Hawke, 1929-2019 – will be projected onto the Hollywood tonight for one night only.

Says Will Alexander, co-founder and executive producer at Heckler: “Bob made such a significant contribution to the country’s development, it’s only right that we recognise him on the same day as his memorial service at the Opera House. He was an Australian icon and his inclusion in our Vivid ‘Iconicity’ show running at the Hollywood Hotel is only fitting.”

In addition to Heckler’s projection, Hawke’s Brewing Co is launching ‘89 Kegs for Bob’ an initiative where the brewer will give away kegs of its Patio Pale ale to venues across NSW and Canberra. All proceeds will be donated to Landcare, the environmental movement founded by Hawke, with money going to help save endangered Australian species.

Says Nathan Lennon, co-founder of the Hawke’s Brewing Co: “In launching the company, Bob was most passionate about our partnership with Landcare Australia, so we’re delighted to give away 89 kegs to 89 venues, including the Hollywood, to help raise much needed funds for this important cause.”