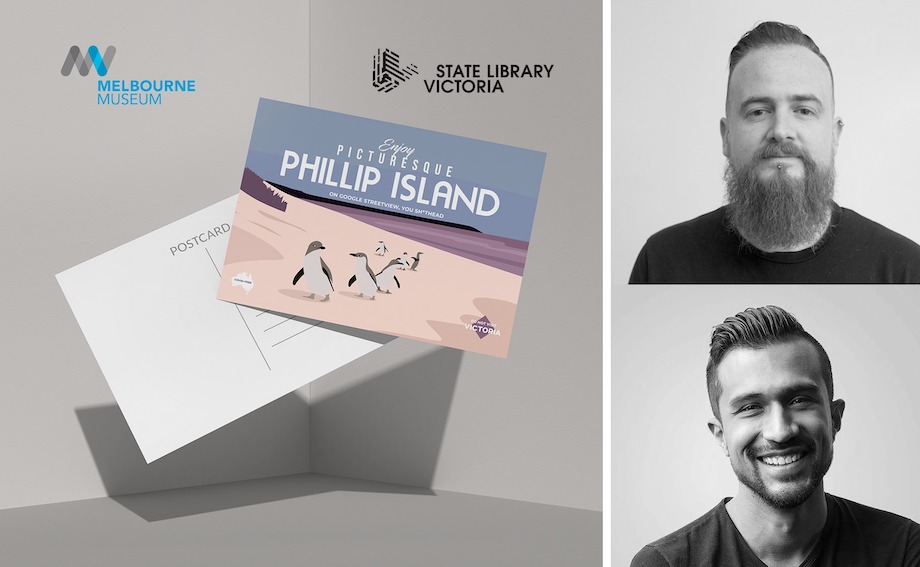 Beginning as simply a handful of tongue-in-cheek online postcards, the artwork behind the 2020 viral campaign by Melbourne creatives, Guillermo Carvajal and Jess Wheeler, has now been acquired by both the Melbourne Museum and the State Library of Victoria.

Billed by the media as an ‘anti-tourism campaign’, the series of postcards urging Melbournians to stop travelling to regional Victoria initially went viral in July of 2020 before a follow up series, this time welcoming everyone back once restrictions were lifted, was released in October of the same year.

Against the backdrop of Melburnians fleeing the city’s second lockdown to regional Victoria, the campaign influenced state-wide, and eventually national discussion, as the country grappled with how to deal with the COVID-19 outbreak. 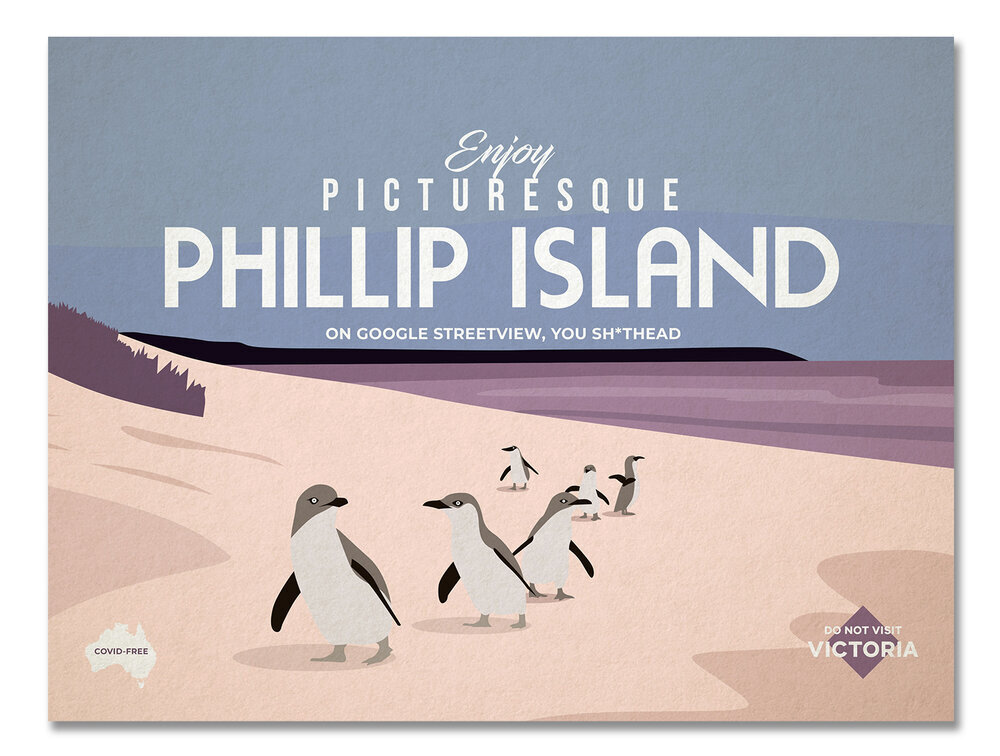 Powered by a complex media strategy solely consisting of ‘let’s just post them on the internet’, the zero-budget campaign was heavily shared on various social media platforms before making its way across a significant number of major metro and rural news publications, radio and television, clocking up millions in earned media for the towns of regional Victoria along the way.

Such was the support for the message from across the state, an online store was established for people to purchase the artwork on items such as clothing, stickers and towels (people REALLY wanted those towels) with proceeds from the sale of hundreds of items collected for donation to mental health organisation, LifeLine Australia. 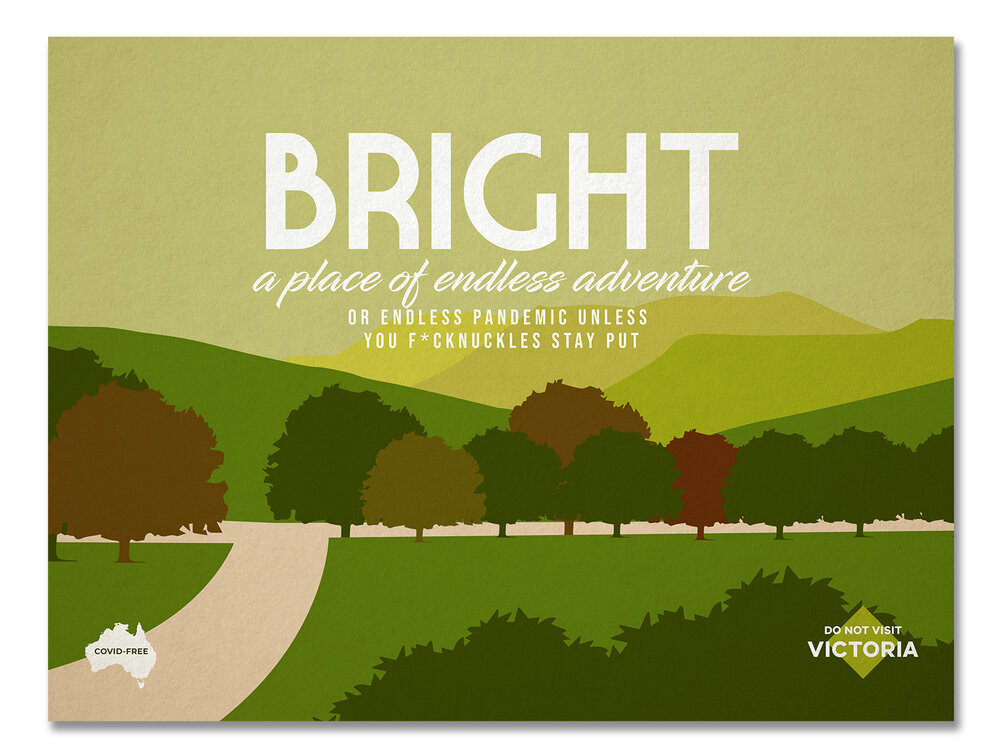 Says Carvajal and Wheeler: “We could never have expected this. What started as 6 images posted online ended up being plastered all over every form of media and destroyed our inboxes with thousands of messages. Every town in Victoria wanted to be part of it. And they wanted tea towels. Boy, did they want tea towels. And now, with the worst hopefully behind us, and the state reunited, it’s starting to sink in that we’ve made a meme that’s going in a museum. What a time to be alive.”

The artwork will be now be held permanently by the State Library of Victoria and included in the Melbourne Museum’s ‘Pandemic Collection’ for future generations, with plans for it to also display in a 2020 centennial in 2120.

You can view both series in full here: https://www.gc-ad.com/antitourism-postcards/ 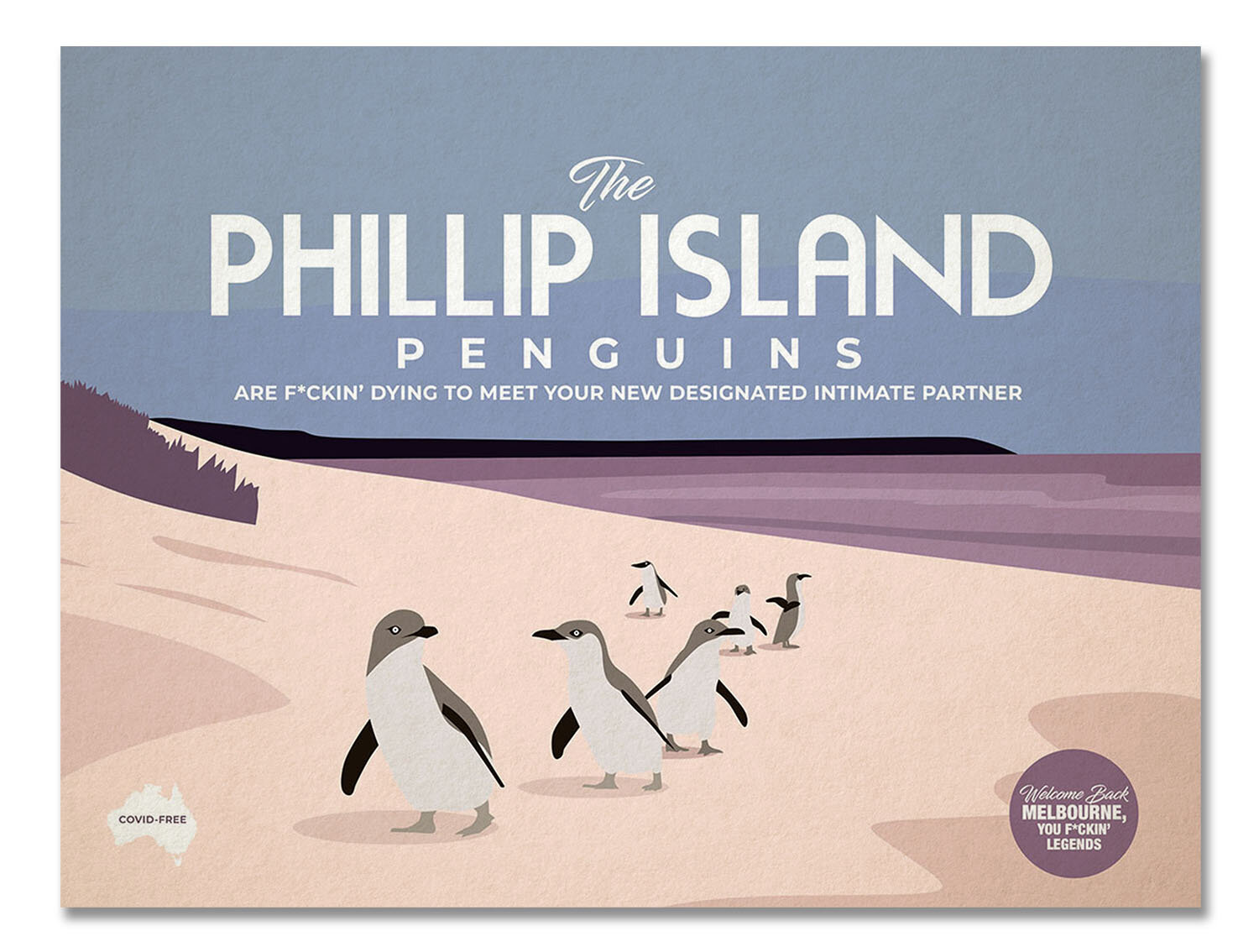 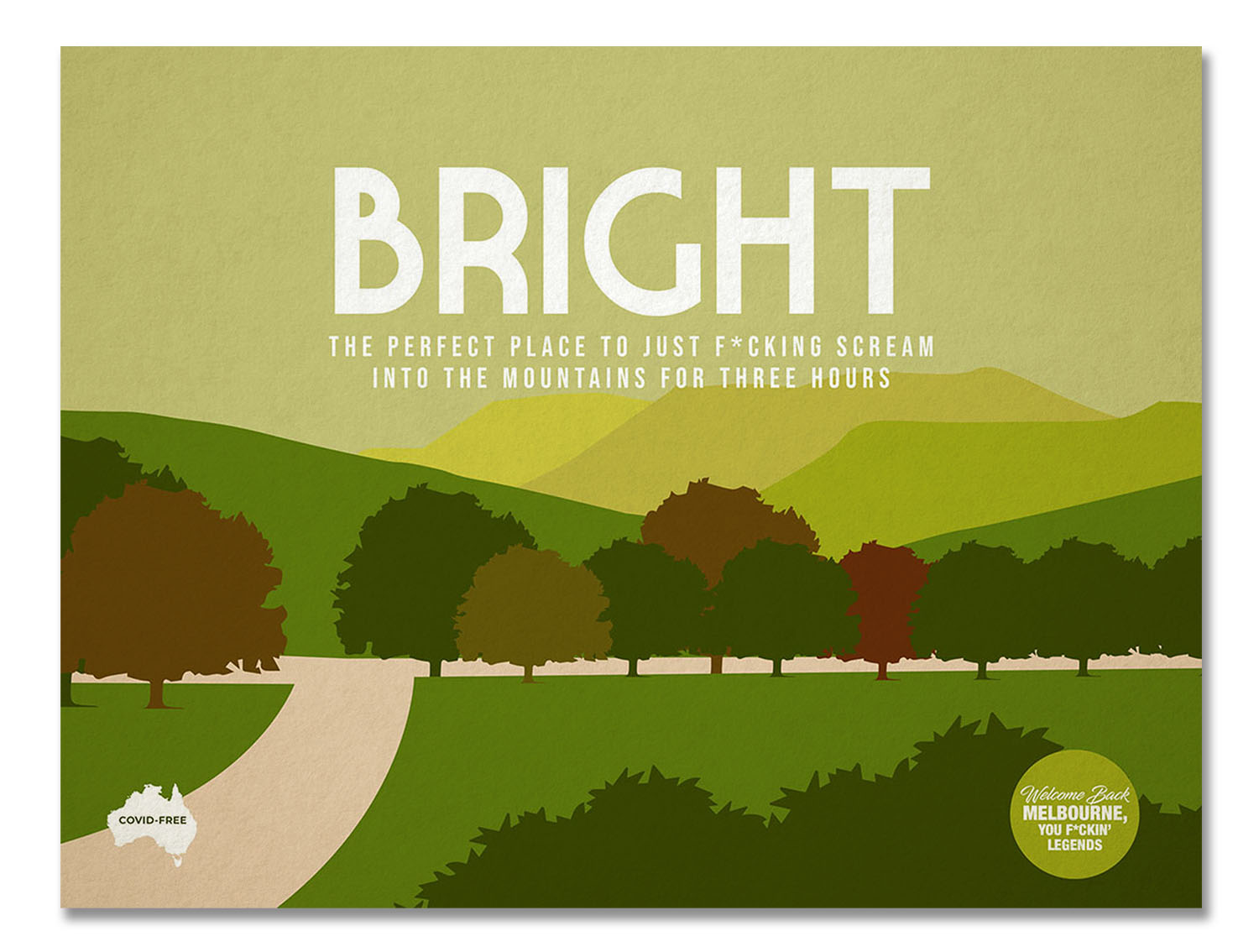