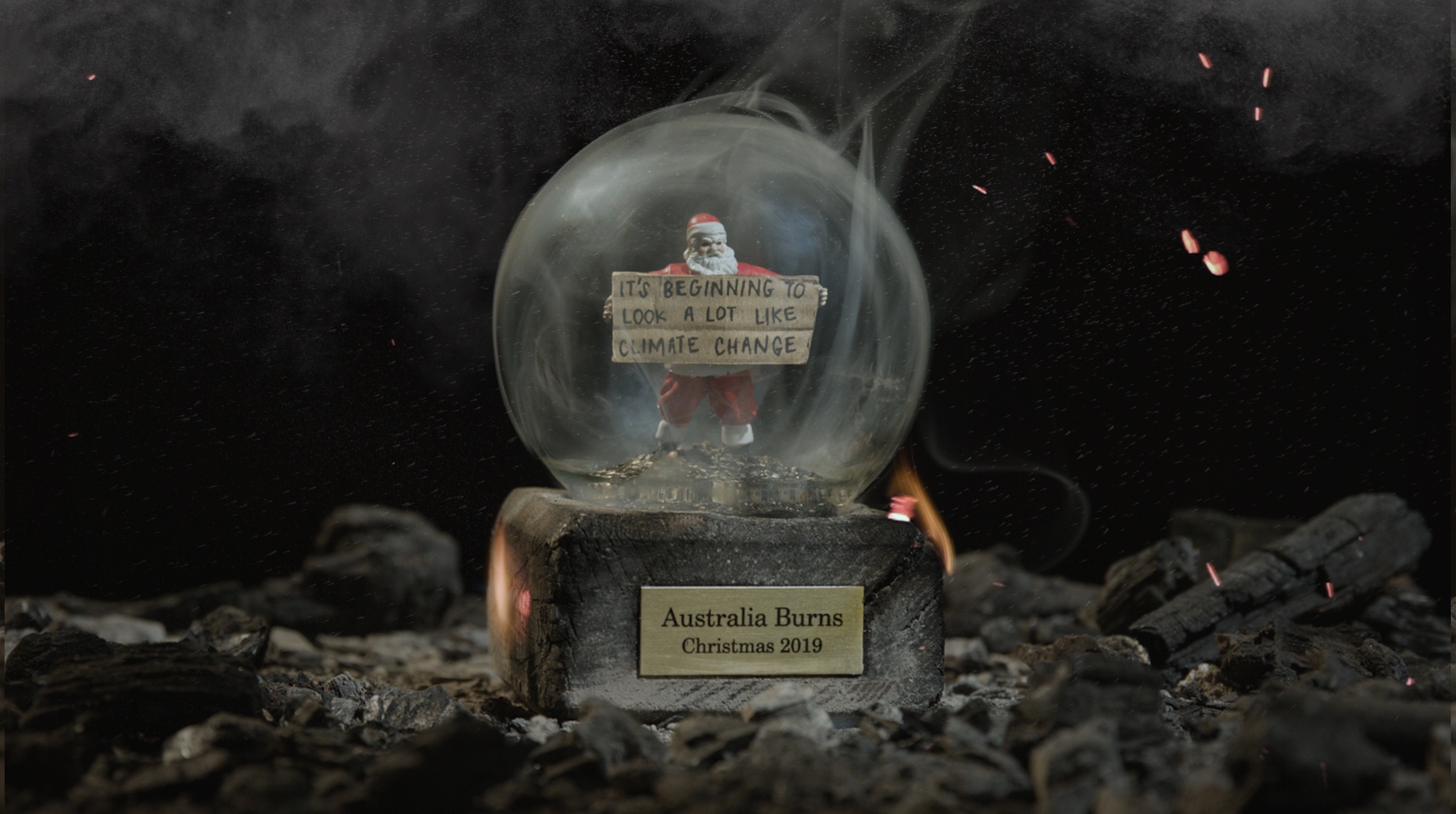 As ash rains down across towns and cities across the east coast and skies are choked with an apocalyptic looking smoke haze from raging bushfires, Greenpeace in partnership with The Works, has taken the traditional Christmas snow globe and given it a sad topical twist to reflect the growing impact of climate change.

A departure from the traditional picture perfect visage of the festive snow globe, The Ash Globe features an angry Santa inside a dome filled with dirty black ash, instead of crisp white snow. Driving home the climate change message is Santa holding a protest placard which reads ‘It’s beginning to look a lot like climate change’ Australia Burns. Christmas 2019.

Created to highlight the reluctance by some political leaders to act on how changes in climate are creating more extreme weather events and exacerbating bushfire conditions, The Ash Globes will be sent to climate change blockers as well as climate change activists.

Says Guy Patrick, creative director at The Works, part of RXP Group: “It’s Christmas and it’s snowing in Sydney, snowing ash from fires that rage across the country. And while bush fires are relatively normal, the extremity of these are not. Look out your window, climate change is here.

“Our leaders won’t listen to scientists, tens of thousands of protesting school children, or even the overwhelming majority of Australians. Maybe, just maybe, a tubby middle-aged white man can get through to our leaders?

“Partnering with Greenpeace we subverted the pristine innocence of a Christmas snowdome. Instead of a rosy cheeked Santa in a snowy wonderland he is surrounded by ash collected from the recent fires. The globes are small but pack a punch that will hopefully cut through any apathy towards the state of our planet.”

Greenpeace is urging Australians to sign an open letter to the Federal Government demanding they declare a climate emergency.

The Ash Globe launch is being supported by PR and social media. Production of globes are being carbon offset.