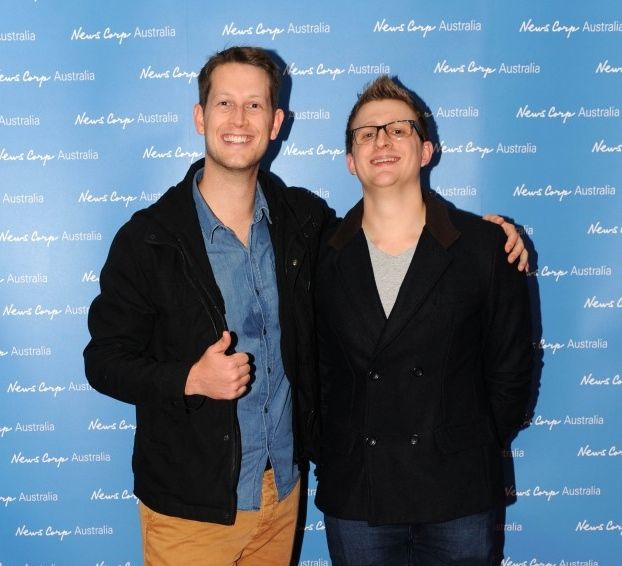 Carl Robertson (far left) and Tristan Viney (near left) from GPYR, Brisbane have won the Silver Lion for Australia in the global Young Lions Film competition at the 2014 International Cannes Lions Festival, sponsored by Getty Images for the 17th consecutive year.

Earlier this week the pair wrote a piece for CB on their Cannes experience.

The Young Lions Competition is designed to catapult the careers of rising stars that are set to redefine the future use of imagery in advertising. This year, the Jury selected Bulgaria to win, with third place awarded to Norway.

Commenting on their silver win, the ecstatic team from Australia said: “This is something you could only dream about – it’s just surreal! To even get to Cannes to compete is such an honour, so we are just so overwhelmed!”

This year’s brief was set by Barnados Australia – a leading child protection charity.  Barnados Australia disclosed a brief to create a film that breaks the misconception that child abuse and neglect doesn’t happen in first world countries like Australia. Forty-one teams, under 28 years of age, had just 48 hours to interpret the brief and develop a film.

The work was scrutinised by the Jury members, headed up by this year’s Cannes Lions Jury Film president, Amir Kassaei.

SaysMatty Burton, jury member and Whybin\TBWA Group Sydney: “Given competitors had just 48 hours to complete the brief, the level of work is just absolutely amazing. We’ve just spent the week looking at the very best work from around the world and the work seen in this competition competes at this very level – it’s just brilliant.”

The Young Lions Competition is being sponsored by Getty Images for the 17th consecutive year, reaffirming its commitment to promoting the best use of content in advertising.  Getty Images was the exclusive content provider for the competitions, enabling contestants to draw from its broad array of content, which includes over 180 million assets.

Says Andrew Saunders, senior vice president, creative at Getty Images: “Getty Images’ support of the Young Lions Competition over the past 17 years always produces work that both inspires and surprises us. It is so rewarding to see some of the world’s most talented, young creatives use Getty Images and iStock content to produce such fresh and innovative work, and this year has been no exception. I would like to congratulate all those who participated in the Young Lions Competition.”

Winners received an iStock by Getty Images subscription, a new service aimed at bringing greater simplicity and value to high volume content users, through a licensing model which offers vast use of photos and illustrations available on iStock.

In addition to its commitment to the Young Lions, at this year’s festival Getty Images’ challenged delegates to give their own perspective on visual storytelling, exploring how we can let go of stereotypical visuals to describe people and communicate concepts.To illustrate this direction, Getty Images launched ‘Re-Picture’ with an immersive experience in the Palais des Festivals where creatives interacted with universal concepts and enjoyed refreshments at the iStock by Getty Images lounge.