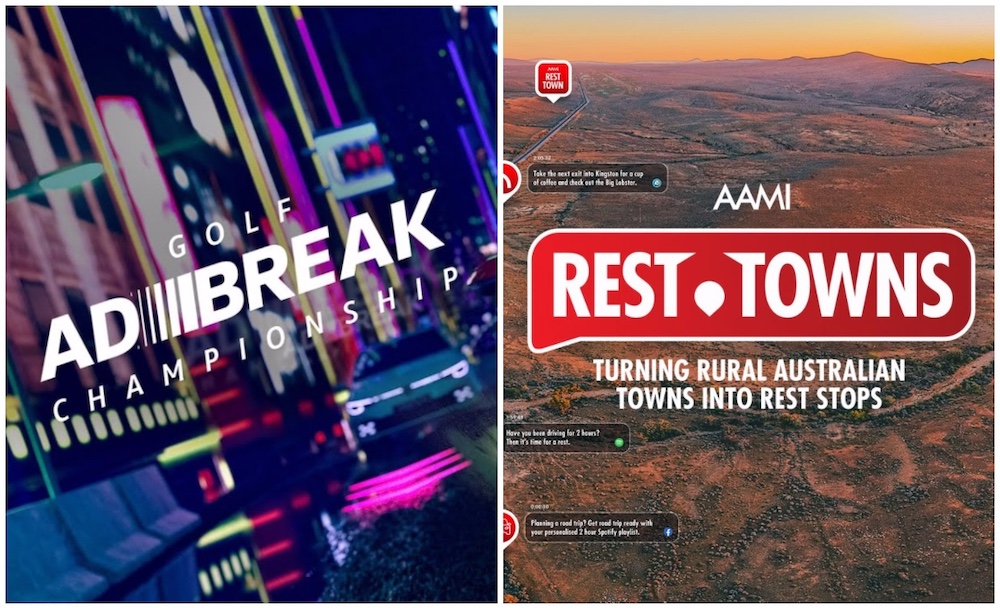 The winners for the Cannes Media Lions have been announced and Australia has scored two Gold Lions. DDB Sydney/PHD Sydney scored for Volkswagen Australia ‘The Ad Break Championship – GTI Hijack’ and Ogilvy Australia/OMD Sydney was awarded for AAMI ‘Rest Towns’.

In the Media Lions, 1752 entries were received and 57 Lions were awarded: 9 Gold, 19 Silver and 28 Bronze. A second Grand Prix went to ‘Hope Reef’, for Mars Petcare, by AMV BBDO, London/Google New York/MediaCom London, which Aussie collective The Glue Society collaborated on.

Media Lions Jury President, Daryl Lee, Global CEO, IPG Mediabrands, Global commented: “The Grand Prix was brilliantly amphibious in every way. It created new living media that embodied a powerful message of hope. It opened up an immersive experience that built both global scale and a deeply personal connection. And it’s helping to save our planet in an authentic and credible way for the brand. The jury was united in celebrating this perfect marriage of idea and technology, of message and medium, of purpose and place.”

Cannes Lions also honoured two special awards. The 2022 Cannes LionHeart was presented to girls’ education activist and Nobel Peace Prize laureate, Malala Yousafzai. The award is given to a person who has harnessed their position to make a significant and positive difference to the world around us.

The Entertainment Person of the Year, which is given in recognition of the vital role that entertainment plays in the marketing and communications landscape was presented to Ted Sarandos, co-CEO, Netflix.

The Media Network of the Year 2022 was also announced in the following rank: