GoDaddy inspires Aussie entrepreneurs in ‘Dream It. Build It.’ campaign via Silverspell and Bashful

GoDaddy, the company that empowers everyday entrepreneurs and the official website builder partner for the Australian Olympic Team, has today released a preview of a multi-channel creative campaign via Silverspell and Bashful, featuring Olympic diver and entrepreneur, Melissa Wu

The ‘Dream It. Build It.’ campaign demonstrates the traits shared by entrepreneurs and elite athletes, and seeks to inspire Australians to bring their business ideas to life online.

The TVC will be supported by a multi-channel campaign including OTT, OOH (large format billboard and transit), print, digital display and social media. The campaign launches to celebrate the Tokyo 2020 Olympic Games, which begins on Friday, 23 July AEST.

The campaign comes as recent GoDaddy research reveals that a quarter (24%) of Australians have a dream to start their own business or side hustle, but haven’t yet taken the leap. Of those, over half (53%) reported actively thinking about it at least once a week, but a lack of money (52%), confidence (41%) or expertise (37%) are the three most common barriers preventing them from taking the first step.

Through Melissa Wu in her dual role as Olympian and small business owner, GoDaddy hopes to help aspiring business owners to feel more confident to get their idea online, turning passion into purpose even if they don’t consider themselves tech-savvy.

Says Tamara Oppen, managing director of GoDaddy Australia: “GoDaddy has been proudly empowering Australian entrepreneurs for six years. Our research revealed that a quarter of Aussies have dreamt of starting their own business, but haven’t yet taken that first step. We want business ownership to feel achievable to anyone with an idea or an entrepreneurial spark. Through our partnership with the Australian Olympic Team, Melissa Wu as our inspiring ambassador and this exciting TVC and campaign, we want to demonstrate to Aussies that if they can dream it, they can build it with GoDaddy.”

Says Emil Vrisakis, creative director and founder of Bashful: “We are very excited to be working with GoDaddy on their ongoing creative campaigns. GoDaddy is the world’s largest domain registrar and empowers people to create ideas and succeed online. Our first engagement stars Australian Olympian Melissa Wu who is the perfect ambassador to bring this idea to life; not only is she an Australian Olympian, she authentically works with GoDaddy on her own small businesses, enabling her to chase further Olympic glory.”

Says Morgan Christie, Silverspell TVC director: “It was important the films be relatable to anyone who might be sitting on an idea or trying to figure out what the next step might be to grow their business. Melissa Wu is a very relatable, everyday kind of woman with multiple side hustles going on between competitive events, so she’s perfectly cast to inspire others in their small business ambitions.

“Almost everyone has a dream or an idea in the back of their mind they could develop into a business if they could just figure out the next step, and the premise of the films was to use the mindset of our Olympians as inspiration to motivate people into action. Launching an online business has become so simple now and GoDaddy is in a perfect position with their Websites + Marketing product to empower those people to take the first or the next step, whether it’s to start or to scale.”

“Chasing a very fast moving diver with a production camera rig over the edge of a 10 metre dive platform was really fun, but also required a high degree of focus from everyone on the team. Melissa’s confidence and experience up there rippled quickly through the whole crew who all brought their A-game. Working with an Olympian like Melissa, at the absolute peak of her career was an amazing opportunity for everyone involved.”

GoDaddy will provide athletes with products like Websites + Marketing, with its integrated suite of tools and services, in a landmark ‘Dream it. Build it.’ program helping athletes get a business idea online during their mandatory post-Olympics two-week hotel quarantine. 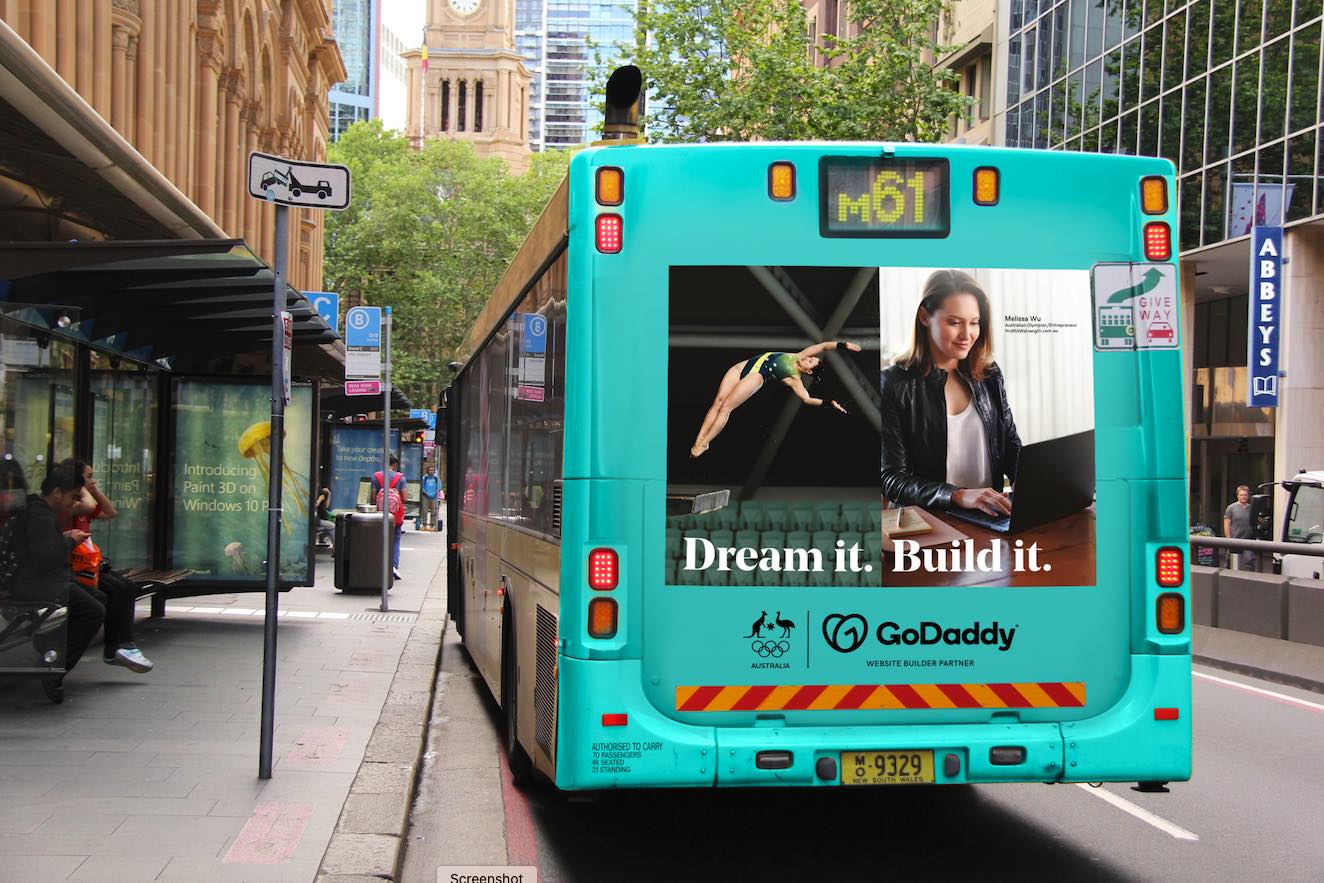 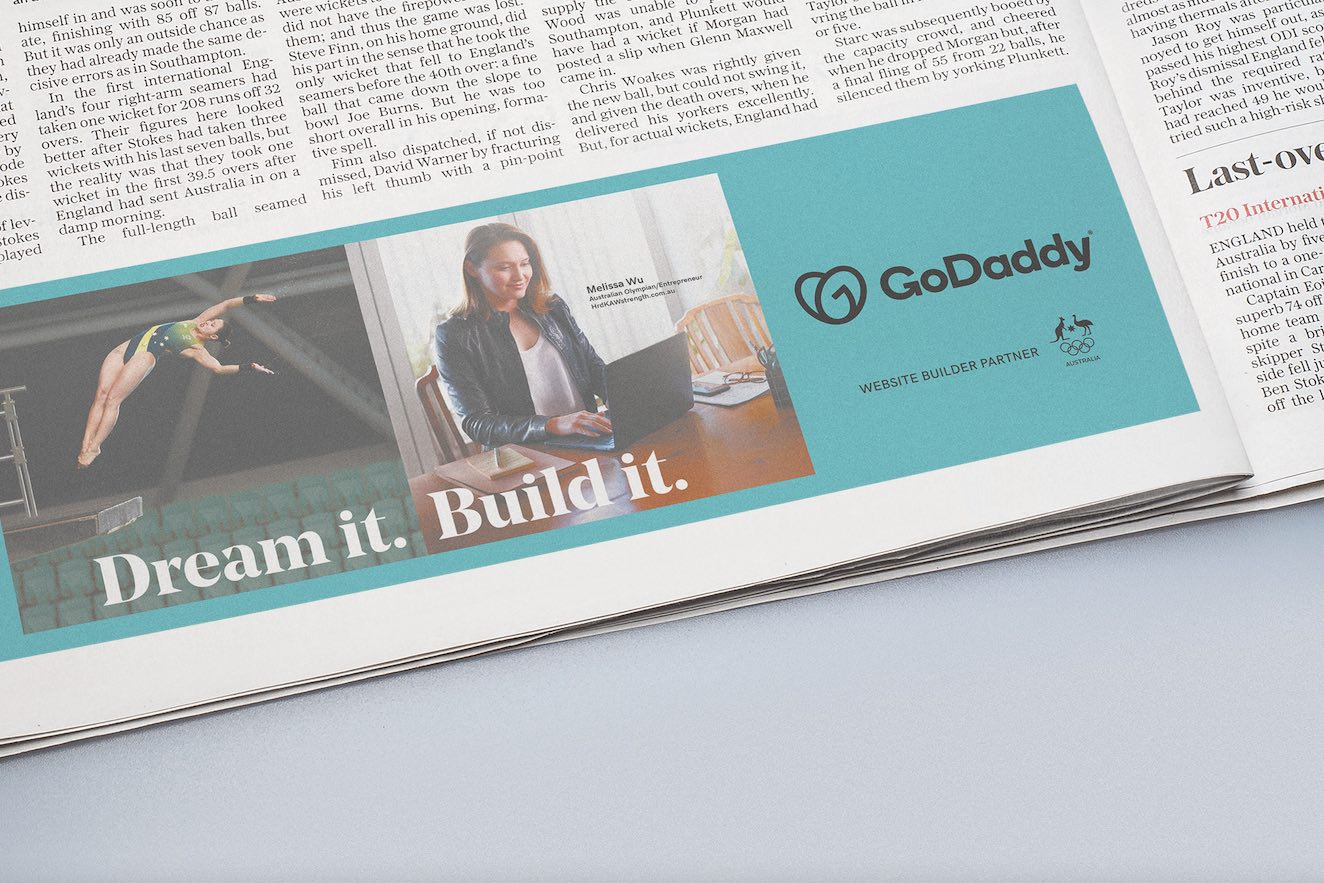 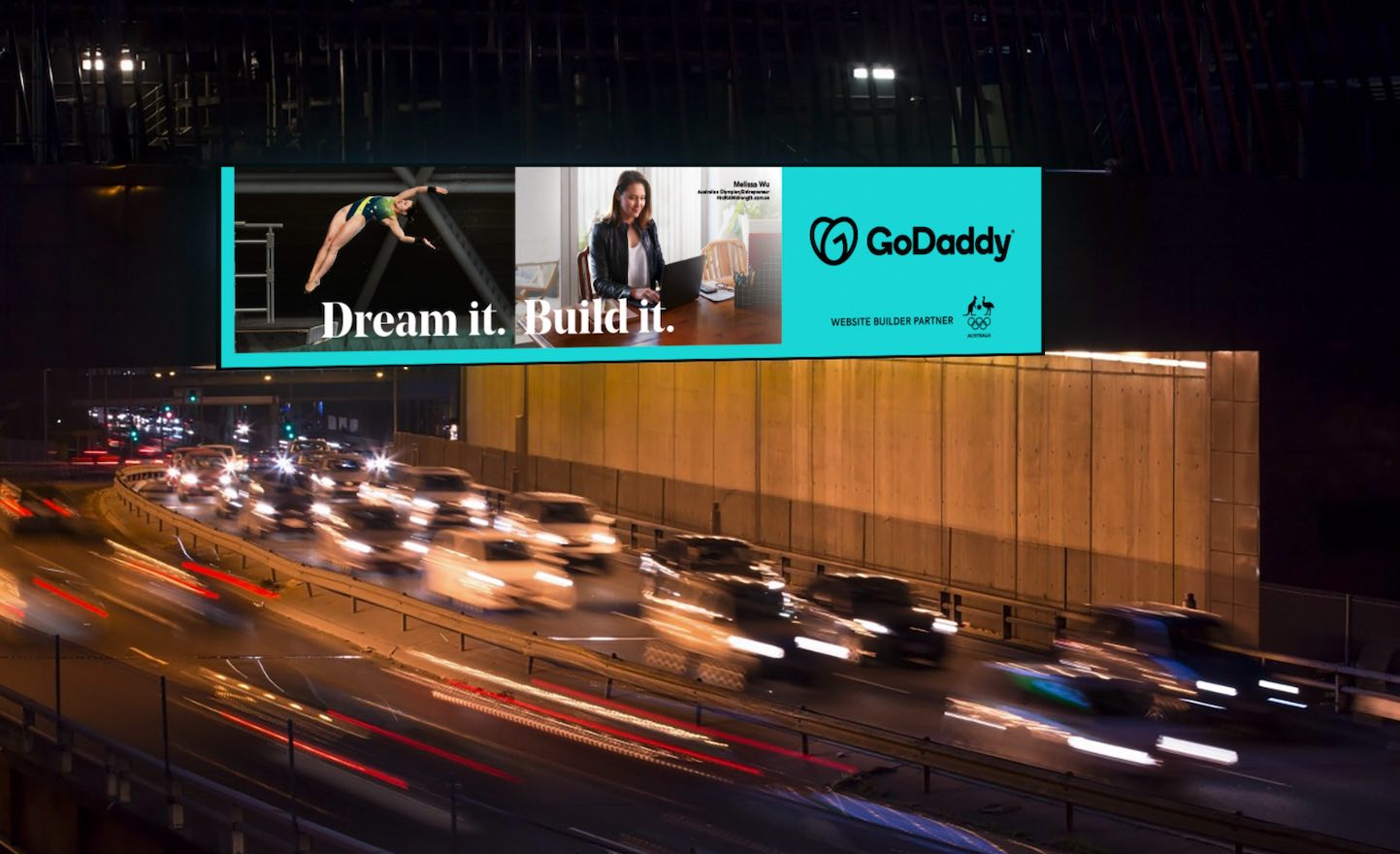