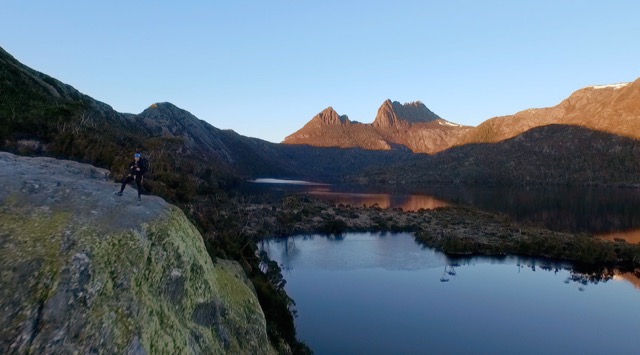 Freelance commercial director Justin McMillan was recently approached by JimJam to directed two filmic commercials for Tourism Tasmania that promote the island state through the eyes of unique locals who work to make a visit to the region distinctly rewarding.

The first spot is a brand film to launch Tourism Tasmania’s ‘Stories Told From the Inside Out’ and helps drive traffic to the campaign’s ‘Go Behind the Scenery’ website where audiences can sample short stories on passionate local identities. The second commercial promotes The Three Capes Track – a stunning new walking track around the Tasman Peninsular, located southeast of Hobart.

Shooting hand held with Panavision vintage lenses, McMillan also employed multi-purpose camera system Heliguy to tackle the on land, underwater and aerial shots that took the director deep into the heartland of some of the most remote parts of rural and coastal Tasmania.

Says McMillan: “As a coastal destination, Tasmania is stunning. It’s just as visually spectacular as some of our more well known tourism traps and I feel like we are revealing one of the country’s best-kept secrets.”

Says McMillan: “Both DOPs really rose to the challenges these projects presented creating some beautiful compositions in some tricky situations. It was also exciting to use the Heliguy drone to establish the geography for each story as Tasmania is such a beautiful place to shoot aerials.”

Shooting eight brand films across 12 days, McMillan got the chance to immerse himself in the lives of locals, who he describes as, ‘unashamedly Tasmanian’.

Says McMillan: “Tassie is full of amazing people and characters and the place has its own vibe and attitude that is easy to translate to screen.”

The director saddled up with editors Simon Njoo (on the brand film) and Joelle Baudet (on The Three Capes Track), who both bring a unique sensibility to the storytelling of each project. He admits it also helps to have trusting collaborators.

Says McMillan: “When both agency and client allow you to experiment, you can create the best emotional response to the place you are shooting in. As a filmmaker, it was also fun to utilise some of the tools I’ve been working on over the past couple of years – testing them out over some pretty exceptional terrains.”